"How I became an echinoderm scientist" pt. 2 How the experts got their start! 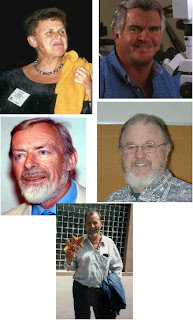 One of the GREAT parts of this newsletter was a section called "How I became an echinoderm scientist" in which various professional scientists and students wrote short essays on HOW they came to study echinoderms. Some were paleontologists, others were deep-sea biologists, coral-reef ecologists and MANY more. These were interesting accounts-as people who study echinoderms often require...how shall we say, a unique perspective!

Why present these stories? The aspiration of these accounts is not only to provide INSIGHT but also to INSPIRE new generations of echinoderm biologists!

Appropriately enough, today we have FIVE marine biologists (including physiologists, geneticists, taxonomists, and coral ecologists) who have volunteered their stories! 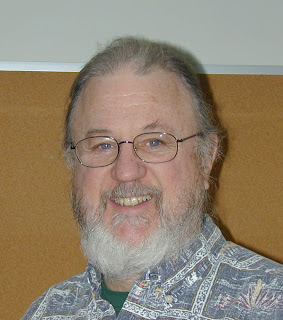 In the 1960’s after the Sputnik surprise there was a great flow of funding into scientific research. I was a naïve student at Hartnell College, a a junior college in central California where two faculty members held NSF research grants. Imagine that today with the teaching load at California’s two-year colleges! I got a part time job working for Howard Feder on his NSF project to identify the chemical substance from starfish which causes an escape response in snails. I couldn’t believe that a person got paid to do this sort of work. To me it was like playing in the laboratory! Howard invited me to work as his technician while he was on sabbatical at the University of Copenhagen Marine Laboratory in Helsingør, Denmark. That laboratory was the home of Gunnar Thorson, the “father of larval ecology”. While there I worked for Howard on feeding responses in the local brittle star that covered the sea floor of the Øresund, the narrow sound that connects the Baltic and the North Seas. When I returned to the US in a few months, it was hard to go back to the junior college. Courses to complete the degree didn’t compare with working in an international marine laboratory; even if it meant feeding clay balls to voracious ophiuroids. I knew I wanted to study marine invertebrates. But I really didn’t realize how influential Thorson was on my thinking.

With graduate school as a goal, I completed the junior college curriculum and went on to San Jose State College. The in 1965, when it was time to choose a graduate school I was looking at UC Santa Cruz and other west coast schools. UCSC was close to San Jose a so I visited there first. There were two faculty members studying invertebrates. (John Pearse didn’t arrive at Santa Cruz until 1971, I think). Ralph Hinegardner had just perfected a laboratory culture technique for sea urchins and he showed me some Lytechinus pictus larvae in his laboratory. I was astonished. How could such a filmy ciliated object become a round dense sea urchin? How does an odd shaped creature like this develop? I knew what I wanted to do. Ideas from larval ecology to developmental biology all seemed so interesting when viewed from the perspective of that minute larva under a stereo-microscope. And even now there is still so much to learn. 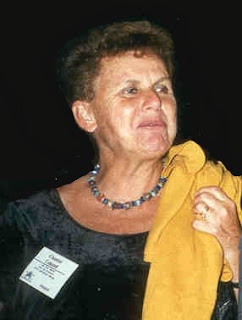 When I arrived from France and Senegal in New Caledonia in 1979, I wanted to continue studying fish biology. As in other tropical islands, the fishery in New Caledonia was considered at that time as not important enough to require scientific management. The New Caledonia economy was based on nickel mining and due to the nickel crisis, the authorities wanted to diversify the sources of income and the artisanal fisheries. One of them, the behce-de-mer, was said to have been prosperous once but there was no information! I was asked by ORSTOM (Institute Francias de Recherches pour le Developpement en Cooperation) to undertake studies to determine which holothurian speices were valuable, where they lived, how they grow, reproduce, die, how much could be fished… I started sampling on reef flats and diving in the lagoons with admiration. It was been the start of my association with these wonderful creatures, although mostly depreciated by “non connoisseurs”! I soon met my new echinoderm colleagues at the Seminaire organized in Paris by Alain Guille and we became friends. 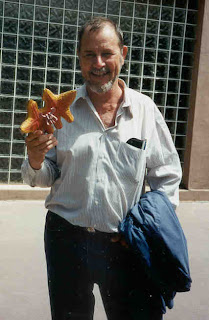 I was born and raised in the state of Missouri, in the center of the US. I planned to be a high school teacher in the state. During my studies for the master’s degree at the University of Missouri on the physiological responses of a fresh-water killifish to high concentrations of salt, I became aware that there was much more to the world than Missouri. My oder brother Addison, was also a biology graduate student at Mizzou and had just returned from a summer at Hopkins Marine Station of Stanford Univeristy where he had taken a course in physiological ecology with Prof. Arthur Giese. I had never seen the sea, and it seemed a wonderful thing to do. At this time, Prof. Giese and his laboratory had initiated studies on the reproductive biology and physiology of echinoderms. I had never seen an echinoderm, not even a preserved one. But Prof. Giese accepted me into his laboratory. And I well remember a specific afternoon in September 1960 when I first saw the Pacific Ocean while crossing the pass at Los Gatos in the Coastal Range and later that afternoon when I first saw Strongylocentrotus purpuratus, Pisaster ochraceus, and Patiria miniata in the intertidal at Pacific Grove. 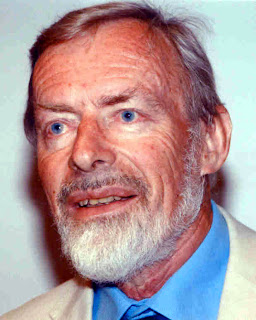 In the sixties and seventies of the last century I worked by snorkel and scuba diving on the interspecific behaviour of fishes (cleanerfishes, feeding associations etc.) in the Mediterranean Sea. Some of those commensal fishes led me to the sea stars on sandy bottoms, especially of the genus Astropecten which they followed in the same way they did with goatfishes, hoping for small invertebrates that were trying to escape. As Astropecten is not an easy genus, I had to learn quite a lot about their way of live and their determination. The more I knew, the more I’ve got interested in echinoderms. When I worked at the Maldives in the eighties, I began to study and to make underwater-photographs of the echinoderm fauna there and found some interesting species. Soon I was able to publish (with help of Loisette Marsh and Frank Rowe) a paper on the seastars of the Maldives. Works on Fromia maldivensis, the seastars of Bali, the colour pattern of Pentaster obtusatus followed. But some echinoderms brought me back to the fishes again, as they are the preferred food resource of some triggerfishes. Feeding associaitons with triggerfishes will be my next task before I’ll come back to seastars of the Philippines. 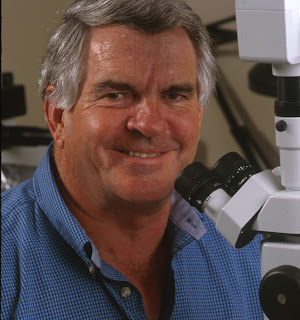 In 1958, during my last year of a B.Sc. degree at Victoria University in Wellington, New Zealand, three things led me in the direction of the echinoderms. Firstly, for the invertebrates course I was taking, we were required to put together a collection of representative invertebrates from the local rocky shore. On numerous weekend field trips we collected many echinoderms-ubiquitous Patiriella regularis, marauding Pectinura (now Ophiopsammaus) maculata, and squashy Stichopus mollis. They seemed more interesting and exciting than most other animals (with the exception of the beautiful abalone Haliotis iris, which we collected and ate in vast quantities). Secondly, I participated in some of our Zoology Department’s ventures into deep-sea research-we would steam out into Cook Strait in a rented fishing trawler and fish in deep water using long lines, ring nets, try nets, and bottom traps. Bathyal echinoderms, such as Gorgonocephalus or Molpadia, would be collected, and would momentarily distract me from losing my lunch over the side of the vessel. Thirdly, I assisted our echinoderm specialist Prof. H. Barraclough Fell in first-year Zoology Laboratories, and we talked frequently about his favorite subject-echinoderms. As the year wore on, I became very interested in these animals, Barry Fell steered my interest in the direction of the holothurians at that time, probably because he had the other echinoderm groups of the New Zealand region pretty much at his fingertips, and he knew very little about sea cucumbers.

So, for an M.Sc. degree, I studied New Zealand holothurians. Then, for a PhD, I became involved with echinoids as well, from the southern Pacific Ocean and elsewhere. During those years, from 1959 to the end of 1963, I learned much about living and fossil echinoderms from Barry Fell, and collaborated with him on a study of fossil regular echinoids for the Treatise on Invertebrate Paleontology. We exchanged what seemed like a million letters with Treatise editor Ray Moore on a bewildering variety of topics and issues; some of these, for example, the Holothuroidea/ Holothuiodea spelling debate, are unresolved to this day. At that time, 1961-1963, Fell was immersed in his controversial studies on fossil sea stars, and the interrelationships of echinoderm classes, living and fossil. He would meet with Helen Clark Rotman and I, behind closed doors, to reveal his various new ideas. Helen and I seemed to be stunned by it al. Early in 1964 came the Curator of Echinoderms job at the U.S. National Museum, and life has been pentagonal for me ever since.

Email ThisBlogThis!Share to TwitterShare to FacebookShare to Pinterest
Labels: How I became, marine biologists