Face to Disk with Ophiolepis! Let's get to know some brittle stars! 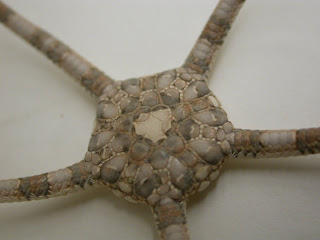 Echinoderms do a lot of weird and wonderful things-but the truth is that we know very little about most of them. Sometimes, the path to getting people interested and contributing to our study is simply being exposed to different species. And so, I present some images here of some striking species that most people may not be very familiar with

Probably the award winner of "great potential to study unknown diversity" in echinoderms is the ophiuroids or brittle stars. There are probably more species of brittle stars than any other living echinoderm. The World Ophiuroidea Database lists 2,122 species and based on what I've seen in museum collections I bet we could easily get up to 3,000 if not more.

Ophiuroids are often very small (although they are very abundant)-and so, most people don't get to appreciate the sheer diversity and aesthetic.. Especially not in the way that scientists might.

Most of the species below have a disk that is about Susan-B-Anthony size and smaller.

So, today, I thought I would just show some species in the genus Ophiolepis which have some neat plate arrangements (i.e, the skeletal structure on the arms and disk) and actually retain colors and patterns after having been preserved!

Ophiolepis is found all over the world with many species in shallow tropical Atlantic and Indo-Pacific waters.

We have records of these species-but we know almost NOTHING about the biology or ecology of most of these animals.

Click on the images below and see them up close!

The Latin breakdown of the genus name Ophiolepis breaks down to "Ophio-" refers to the snake like body (this is a common component of ophiuroid names) and "-lepis" refers to the scale-like plates..

Click on each name to head to the taxonomic summary in the World Ophiuroidea Database.

Ophiolepis superba From the Indo-Pacific and often seen in the pet trade. 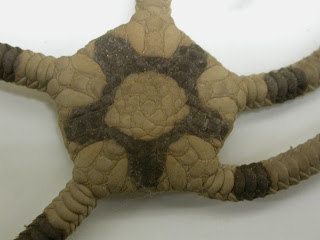 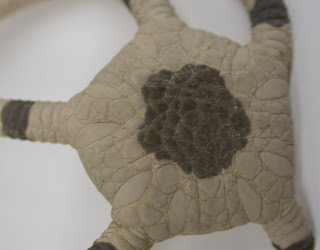 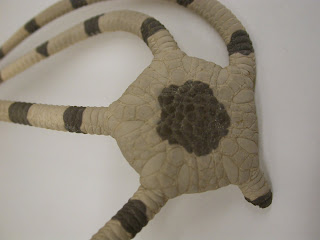 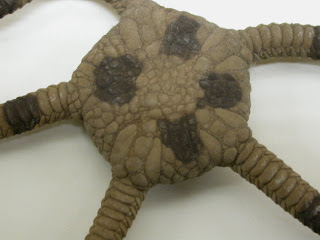 The patterns are variable among individuals. The patterns in preserved specimens look pretty much look the same as in the living animals... Is there significance? Is it natural variation? Related to environment?

Ophiolepis elegans A relatively familiar species (insofar as brittle stars are familiar!) from the Gulf of Mexico and the tropical Atlantic. In shallow to shelf depths (~10-100 m) 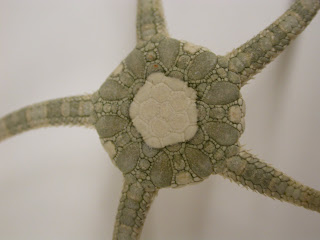 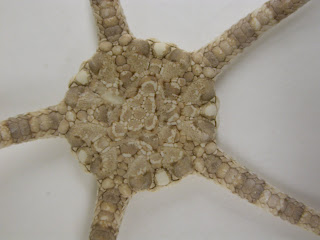 Ophiolepis ailsae. This species was discovered only in 1987!!! It occurs in the tropical Atlantic in the Caribbean and Gulf of Mexico.

Some ecology and reproductive information is actually available for this species in the original citation (here).

This species was named for the noted echinoderm researcher at the British Museum Ailsa Clark. 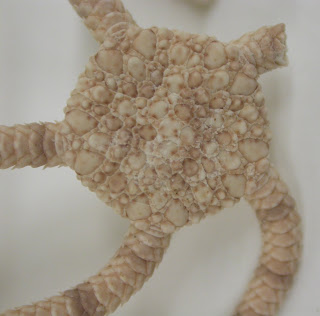 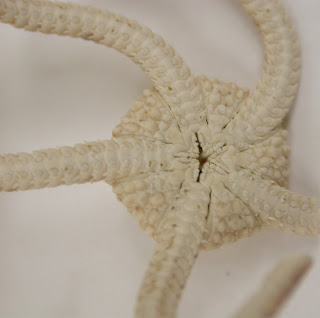 Ophiolepis variegata A tropical shallow water species from the East Pacific, around Mexico and Baja California 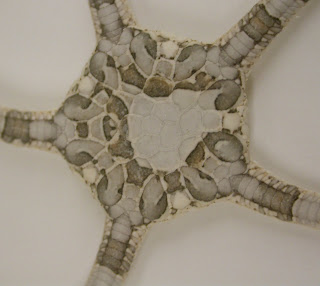 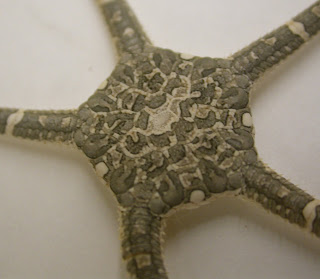 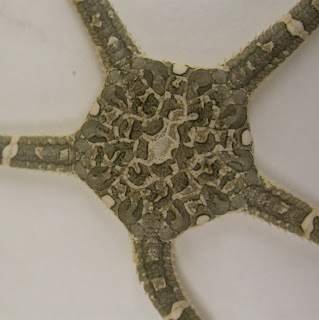 Ophiolepis cincta. This is a tropical Indo-Pacific species that also occurs in shallow water. Other than some descriptive and reproductive information, we know very little about the biology of this species. 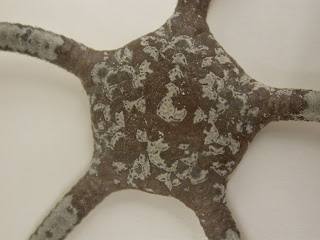 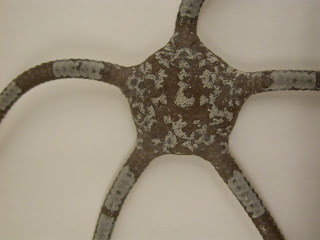 Brittle stars like this always trigger a lot of questions to me.

Why are they so ornately colored? Is there anything adaptive about the calcified scalar plates? About the patterns and colors?
Posted by ChrisM at 5:56 PM

You going to mention Ophiocoma wendtii? That's one of my favourites.

hmm... possibly. I'll look at another species cluster and see what else might go over well as a comparable set ....