What? So, you wanna know more about Leptasterias?

These are a follow up to the last post and are taken from various papers by Bingham et al. (2004), Foltz et al. (2008) and Pearse & Beauchamp (1986). The best known Leptasterias spp. are the Leptasterias "hexactis" forms from the west coast of North America and Leptasterias polaris in the Arctic/North Atlantic.. 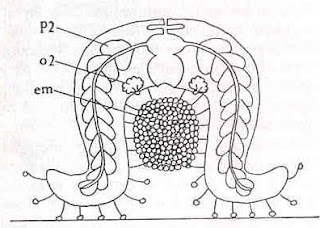 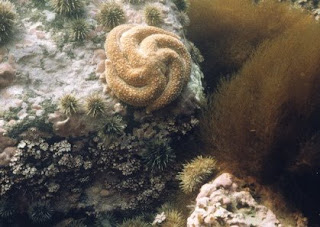 What does Leptasterias eat? Mostly mollusks, barnacles and such... 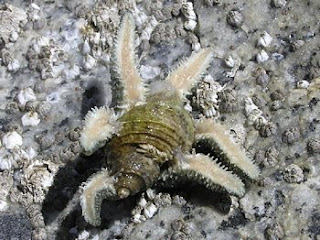 How long has Leptasterias been around? 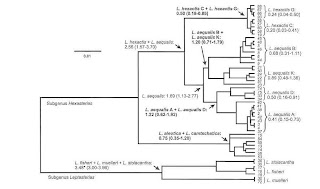 Based on some recent work by Dave Foltz and colleagues (including myself) we used several gene markers to estimate how recently the various sister species of Leptasterias diverged!

So, all basically, all of the 'species complex' stuff I wrote about earlier? When did that happen?

That usually suggests a relatively recent speciation time frame. They diversified/speciated/or whatever you want to call it, ONLY about 0.5 to 1.2 Millions of Years Ago (Mya)!

There were glaciers. A LOT of them. Some 30% of Earth was covered by ice.

What else was alive in the Pleistocene? (Images from Wikipedia) This little, tiny starfish?? is prolly kinda sorta AS OLD or OLDER THEN HUMANITY (and its pretty young for a starfish!)
....and THAT is the rest of the story!