What are the DEEPEST known echinoderms??

The depth of the ocean has been in the news a lot lately. Here's Virgin Oceanic planning to send someone down to the bottom,  as well as this excellent infographic from the Washington Post about how deep a challenge MH370's recovery might be..

and of course 2012 was James Cameron's big dive in the Marianas Trench!
The other day this came up in conversation "Blah, blah... but its not like echinoderms occur in the deep sea? I mean, I've only seen them inshore, they are mostly shallow water aren't they??"  Au contraire mon frere!!
Echinoderms are DEEP. They live in the deepest depths of the ocean..

But how deep are we talking?? Most folks think of "deep" as anything beyond the intertidal.

Many biologists think of "deep-sea" as anything below 200 m, which is where roughly where light stops penetrating. But then you get beyond THAT... then you start entering the REAL deep sea... the ones where biologists start saying stuff like "THAR be where dragons have lease..."
To me, this starts at around 1000 m..and these zones include
Basically, the true BOTTOM of the ocean is around 6000 to 10,000 meters. ABSOLUTE FARKING cold, dark, BOTTOM of the ocean.! And yes. Cameron's sub got down to 10,000 ish meters at the bottom of the Marianas Trench.  These are places where it is cold and dark. The coldest and the darkest in that there ocean!

Here is a chart from CNN (from the Cameron dive) which gives you a sense of scale about what these zones mean..
Echinoderms are among the DEEPEST living of all animals known on the planet. HOW DEEP? Which ones?? Let's find out!


1. Sea Urchins (Echinoidea) I start with one of the most familiar but also unfamiliar of sea urchin groups! There are many deep-sea urchins. Such as the echinothurioids (the tam o shanter urchins). or the bizarre Dermechinus.  Many of these urchins go deep, but still remain one of the "shallowest" of the Echinodermata. Many urchins occur at depths >1000 m but "only" go down to about 7000 meters.  Which urchins live at that 7000 meter threshold??

Pourtalesiidae: The "coke bottle" urchins! I have written about these bizarre deep-sea sea urchins before.  YES, these are sea urchins, albeit highly strange ones.

They have EXTREMELY thin and delicate skeletons, which can be almost paper thin. They live by burrowin through and digesting mud on the deep-sea bottoms. Records for the genus Pourtalesia sp. (usually only fragments are recovered) have been collected from 6,850 meters in the Java Trench. 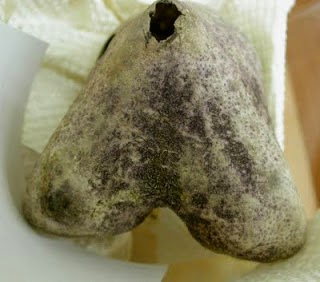 2. Sea Stars (Asteroidea) Next up is my favorite group! They go deep but are not among the deepest. They go 2000-8000 m. That's not to say that there aren't a bunch of DEEP weird looking critters to look at! Here are the records!

Freyellid brisingidan starfish:  Freyastera sp. and Freyella sp. Brisingids are starfish that use their arms to pick food out of the water (more here). All the members of the Freyellidae occur in the VERY deepest depths. Typically below 1000m, but many occur between 4000-6000 m. But the deepest record for a freyellid was Freyella kurilokamchatica from 6860 meters. 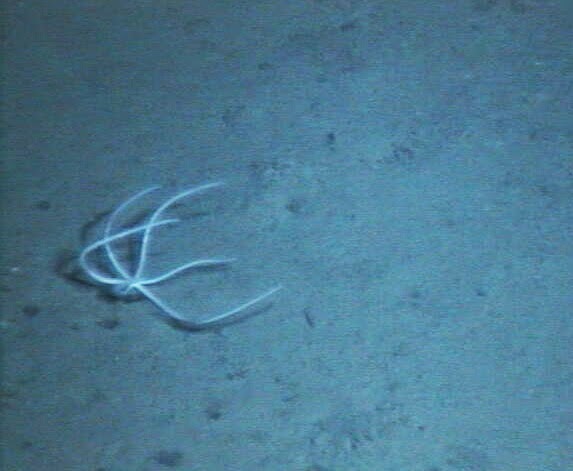 "Mud Stars" Family Porcellanasteridae. NOW we're talkin. This entire family lives on muddy bottoms deep on the ocean floor, where they swallow massive amounts of mud for food. Similar to the mud star Ctenodiscus (here).  The specimen figured below from the NMNH collections is from 6, 250 METERS below the ocean surface!  Deepest record for this species, Eremicaster vicinus is from 7,614 meters! These live in the deepest abyssal-hadal bottoms around 4000 to 8000 meters. 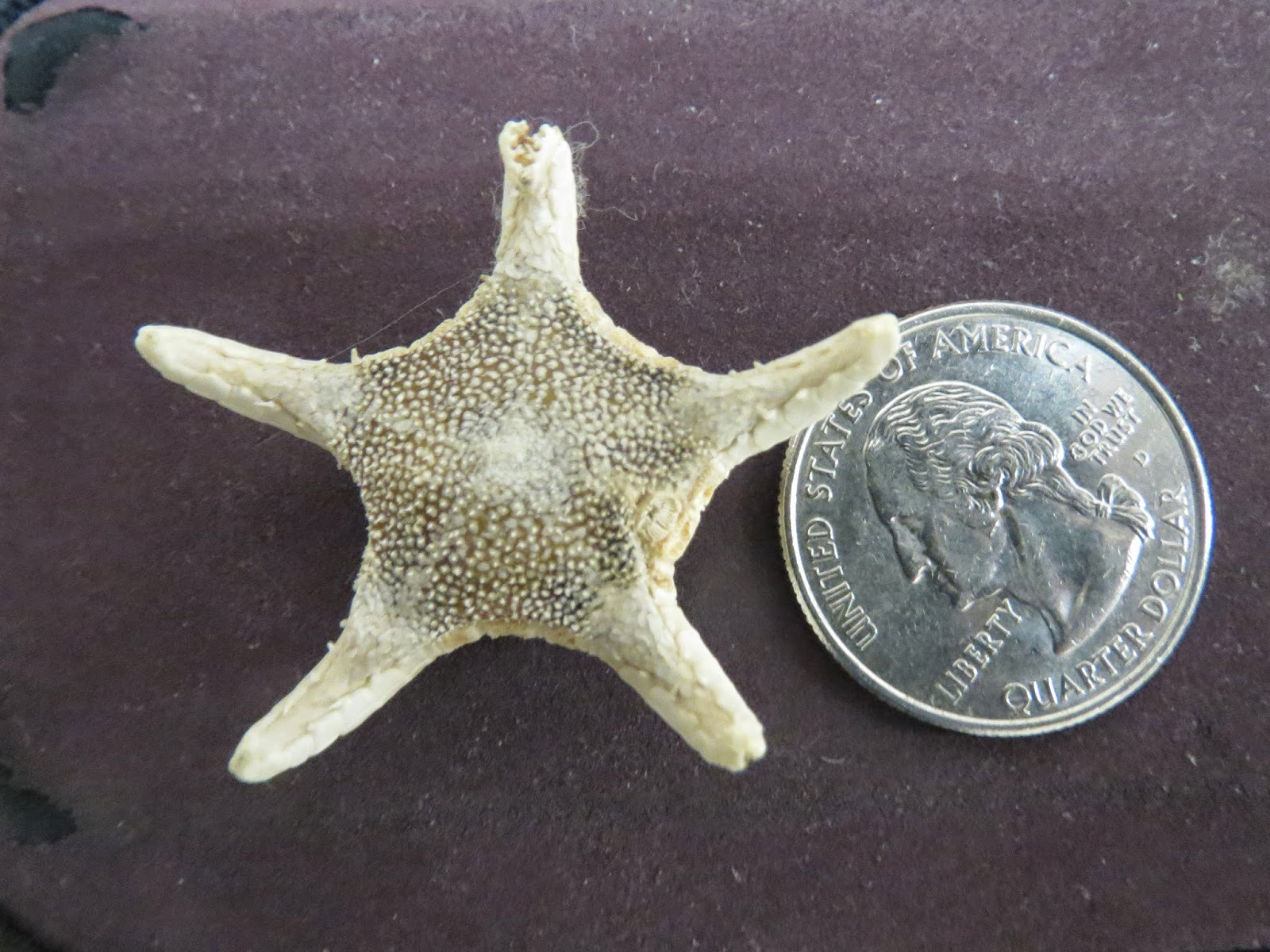 Finally, Hymenaster, aka deep-sea slime stars. Here's a post about their shallower relatives. And you can always find more on my blog about them. Pic below is from 2000 m.

The deepest record for Hymenaster is for a species from 8,400 meters in the Kurile-Kamchatka trench!  So, Hymenaster (species remains undetermined) currently holds the record for deepest starfish. But who knows what new specimens and video remain to be discovered!

2.  Brittle Stars (Ophiuroidea)As with sea stars, their close relatives, the brittle stars don't seem to be quite as deep as some of the others but are still plenty deep. Plus, there's probably a bias of sampling as many brittle stars are tiny and more difficult to collect via nets and so forth..

The plate below is from this paper by Belyaev, G.M. & N.M. Litvinova, 1972: New genera and species of deep-sea Ophiuroidea. - Byull.mosk.Obshch.1spyt. rir. 77, 3: 5-20. (In Russian)
The plate above conveniently displays three of the deepest occurring brittle star records known.

There's easily a dozen species of brittle stars found below 6000 meters! Probably more...
4. Crinoids (Crinoidea) Down to the deepest TWO groups!
Among the crinoids, stalked crinoids are famous members of the deep-sea fauna. There are fossils of stalked crinoids which date back to the Paleozoic and there's always been sort of an unusual mystique to them.  Members of the family Bathycrinidae are recorded from 8,175 to 9,050 meters in the Kurile Kamchatka Trench!

5. Sea Cucumbers (Holothuroidea)  So, which group takes the deep-sea CAKE for being deepest?? How could it be any other group than the Sea Cucumbers???

There's a LOT of diversity of sea cucumbers at the >5000 meter depth range. All of the swimming sea cucumbers live at these depths (click here)

And of course, our old friends, the SEA PIGS!! (the one shown from 1500 m). Many members of the Elpidiidae, the group to which the sea pigs belong are among the deepest known. Several species occur as deep as 9,500 meters!


But the winning sea cuke? the DEEPEST ones? Members of the Myriotrochidae, including Myriotrochus.  Records for these sea cucumbers go down to 10,687 meters!!! The NMNH has records of Myriotrochus bruuni from the Philippine Trench at depths of 10150 to 10190 meters! So yeah, if Cameron didn't see any of these when he was down there? That's HIS problem!

This pic is from a Myriotrochus from the Kara Sea, but you get the idea.
This Russian Livejournal page actually has a nice photogallery of various cold-water deep-sea sea cucumber groups. Myriotrochids, molpadiids and sea pigs! Check it out..

There's a lot of weird stuff going on and through deep-sea sea cucumbers! Here's some of it.

That first photo of the stalked crinoid is awesome

I LOVE your content! I'm a live online MathArt and science teacher for homeschoolers. I teach an online class about deep sea creatures here: https://natureglosescience.com/course-catalog-two/ I had shared the link to this blog post with my homeschoolers as part of our deep sea echinoderms study. One of the parents picked up on the "language" used in this video under your Echino OUtreach tab: https://www.youtube.com/watch?time_continue=8&v=gpsbIYR7p2Y I guess it was more of an adult audience. I personally am not offended by swearing, but homeschool parents/kids, well, ya know how it goes. I really would LOVE to use this page as a resource again. Is there ANY chance you could blip out the swears in this vid or perhaps remove it so kids could enjoy the blog too? I know it's a long shot, but, it can't hurt to ask. I hope to use more of your blog posts as resources.

Hi Gloria
thanks for your kind words. Unfortunately the Youtube video you've got there was for an adult evening event and is not mine. So unfortunately I'm unable to edit it.

If there's an actual blog post which you'd like me to look at, please let me know and I'd be happy to try and edit the content.