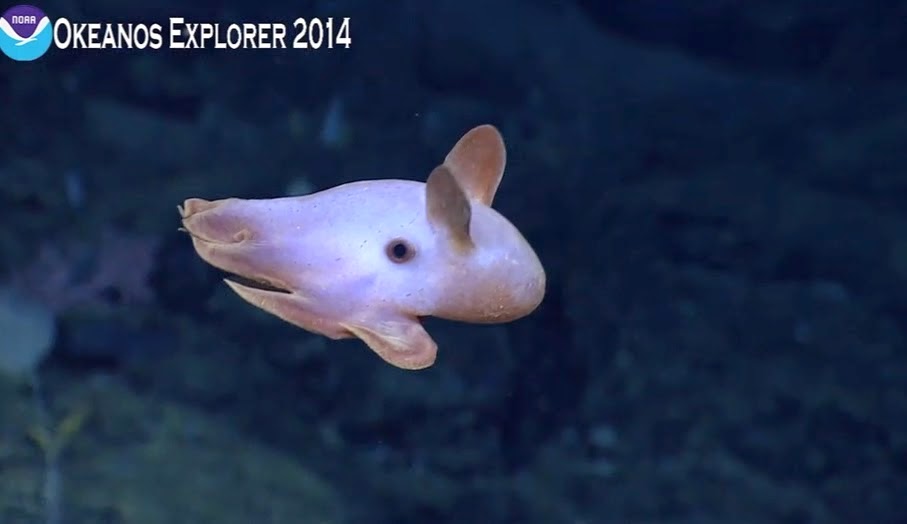 Just a bit of off-topic this week. Saw this GREAT dumbo octopus during the Atlantis II seamount dive on the Okeanos Explorer cruise this weekend and thought it was too great not to share.

NMFS cephalopod expert Mike Vecchione has identified this one as Grimpoteuthis sp. Generally speaking though, "dumbo octopus" applies to one of two genera, Grimpoteuthis or Opisthoteuthis.

The video followed this guy around from the water column down to the rock, after which it eventually swam off.. 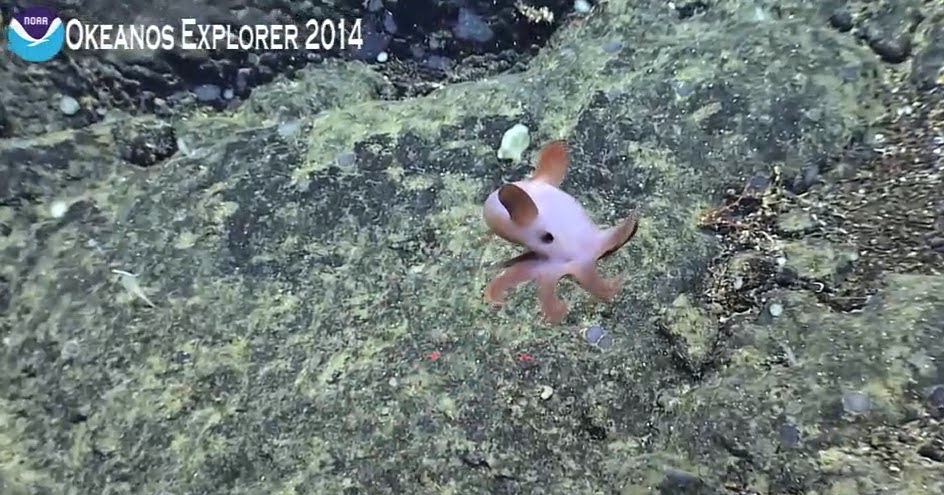 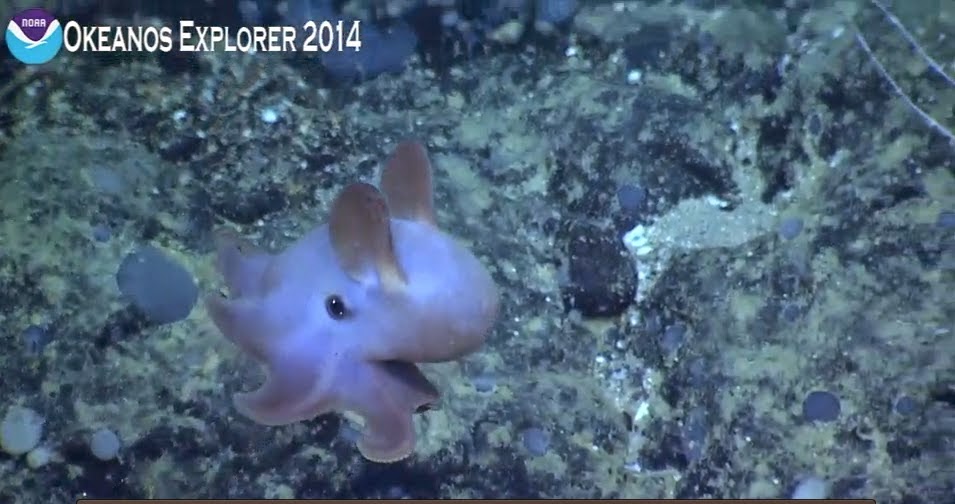 This was kind of a neat moment, when it sort of inverted and we could see the webbing between the arms.. 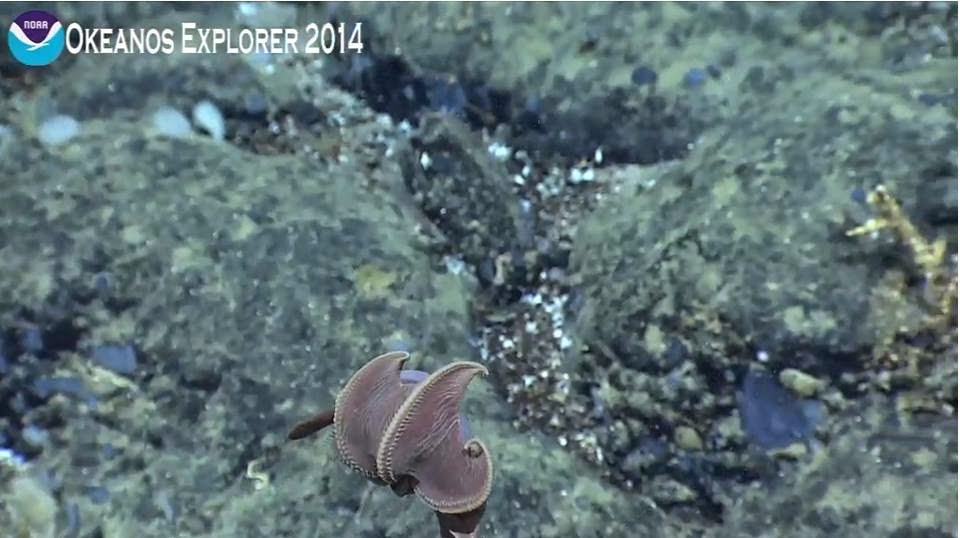 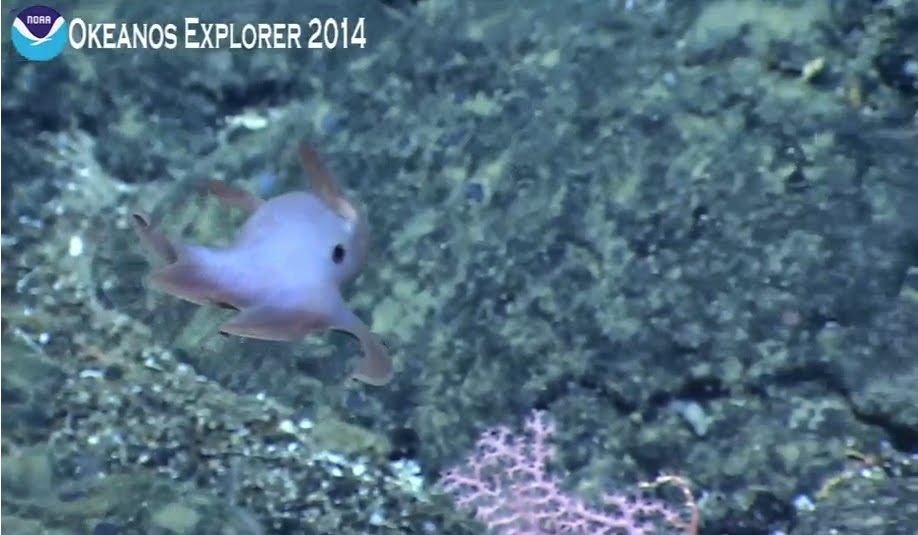 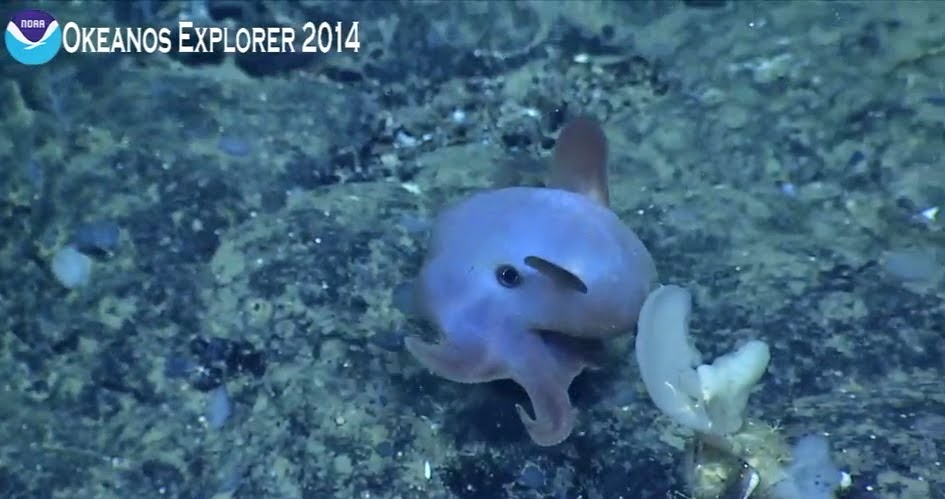 Close up on the head, eyes and flippers.. 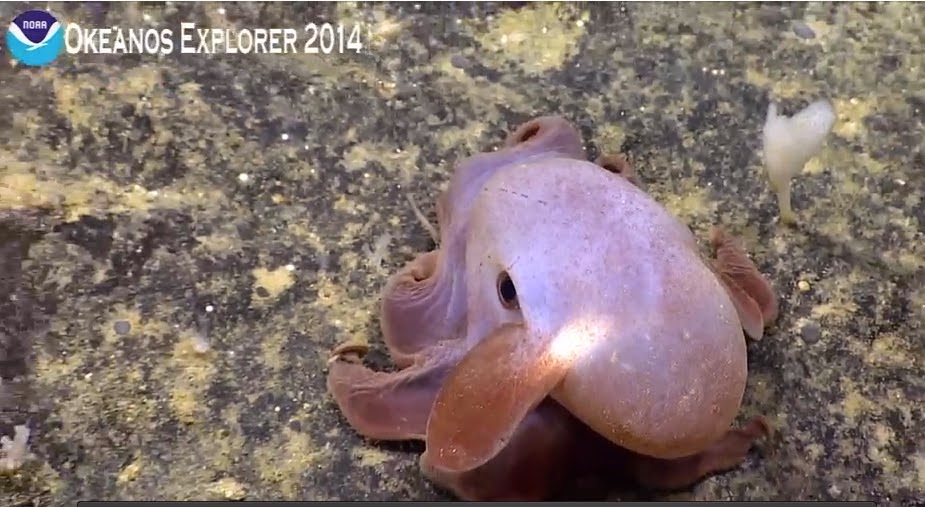 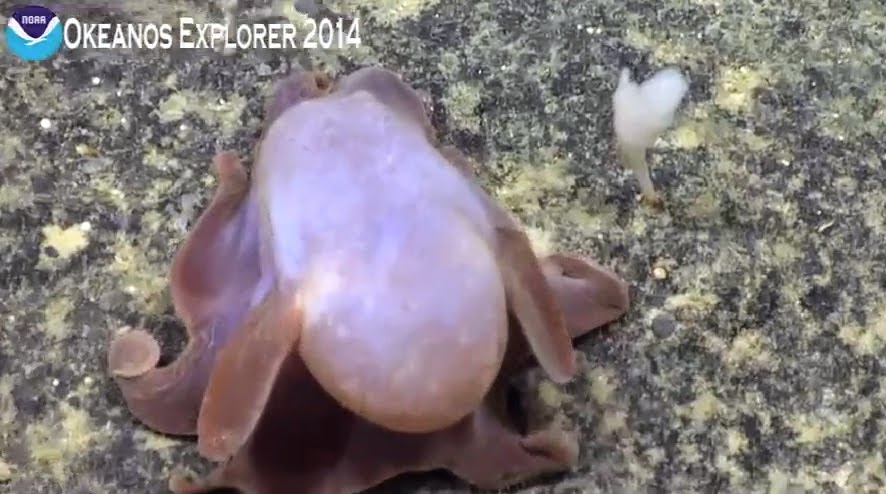 And from the 2014 Gulf of Mexico cruise, THIS Awesome video which showed some of that unusual tentacle folding during the swimming motion.  Based on the original account here, I believe Dr. Vecchione has also identified the one in the video as Grimpoteuthis.
and I suppose I'll cheat a bit and include the E/V Nautilus dumbo octopus video... I'm not sure if this one is the same genus as the one above however...