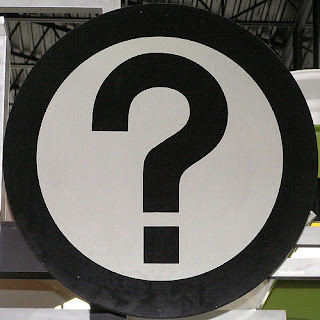 Ask the Starfish Man!!
So, my last post inspired this question:

So have people stopped latinizing their names to name sea stars after themselves? Why? Are invert biologists suddenly modest?

(thanks to JIves for asking!)

Its my understanding that most systematists and taxonomists stopped giving themselves Latin names quite a long time ago. Probably around the beginning of the 20th Century or before that. Frankly, my impression was that if you had a Latin name back then meant you were academically pretty hip. Latin was THE universal language of western scholars and its roots remain strongly embedded as a part of the learning programs in many universities and colleges. But sadly, these days, giving yourself a name in Latin might as well have the same connotation as giving yourself a name in Klingon.

Why do taxonomists not name species after themselves?

This has a pretty solid root in the perceived virtue of modesty and humility. One simply does not name a species after oneself. Its considered rather poor form, which is not to say that some zoologists haven't done it-but those scientists had established reputations as being rather influential. David Starr Jordan, the famous ichthyologist and President of Stanford University named a fish or two after himself. But who is to argue with the president of Stanford?

Do you have a question about zoology? starfish? echinoderms? advice on your personal life as it pertains to invertebrates? Feel free to ASK THE STARFISH MAN!

The Klingon line is hilarious! I'm sure more people name themselves in that language than latin nowadays.

But (at the risk of monopolizing your considerable talents) I have a follow up ... on an international expedition, is everyone expected to speak English? Has that become the new language of science?

I think it depends on who is funding the expedition! There are several European expeditions which tend to include a majority of French, Russian, German or whatever.

However, many of these expeditions, usually involve at least one English speaking researcher-either from the US, Australia, the UK or wherever..and many European researchers usually speak more than one language..so English will be spoken in most cases.

There are plenty of "international" cruises that occur outside of the western sphere and in those cases, I suppose that the operational language is whatever the crew and the science team are speaking.

If that is the case, then the English (or whatever) had better learn to speak what the rest of the crew is saying...I have heard of Japanese ships for example with English-speaking members but that is NOT the language of the ship.

Make no mistake though..English is considered the language of science. Its used primarily in many scientific journals and such but that is not to say that other languages do not have their place but merely it provides some linguistic common ground, especially since a great many of scientific resources are supported by American, Canadian, Australian, UK agencies

Actually, I think the process of Latinising names was due to the fact that most scholarly works at the time were written in Latin, and the grammatical structure of Latin requires Latinisation of names to work.

Offhand, "Linnaeus" was not a Latinised name. Carl was a Linnaeus from his birth. He didn't become a "Linné" until his ennoblement later in life.

Hi Chris,
thanks for clarifying that! One look at Wikipedia later and I see that all that I learned throughout college was in error! d'oh!

A lot of the textbook I have reflect what I mistakenly wrote in the Echinoblog.