So, at around this time last year I blogged about a selection of echinoderm-themed books that I could recommend that might be useful or at least enjoyable to the general public as well as academic personnel. For this reason, I have avoided listing textbooks and/or taxonomic monographs. 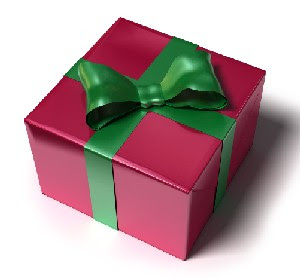 Maybe these are for the echinoderm enthusiast in your personal social circle or family? Or maybe its just a special somethin' somethin' for you? Or you just want to recommend a bunch of books to your local natural history library?? Who knows??

As with last year I have some notes on book selection: My criteria were: ...and AWAY we go!!

1. Sea Stars: Echinoderms of the Asia/Indo-Pacific by Neville Coleman 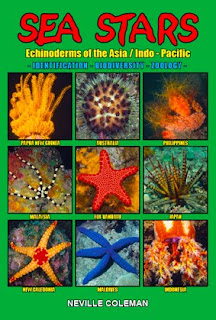 What it is: Noted marine biology photographer and naturalist Neville Coleman assembles 136 pages packed full of tropical-temperate shallow-water echinoderms!! Starfish, Brittle stars, Sea Urchins, Crinoids and Sea Cucumbers are all prominently featured in a clear taxon by taxon layout that features them in brilliant color on glossy paper.

Although it wasn't clear to me that all the photos have been verified by experts, I know that venerable echinoderm grand dame Loisette Marsh has done many of the sea stars-and that's good enough for me!

Where to get: This can be purchased through Neville Coleman's website here and retails for about 60.00 AUS (=56.00 USD) plus shipping.


2. Treasures of the Tropic Seas by Rene Catala.

What it is: Although out-of-print, this remains one of the most unique "coffee-table" type picture books available. Written by Rene Catala (who is now deceased I believe) the former curator of the Aquarium in Noumea, New Caledonia, this book includes MANY beautiful photos of rare and unusual echinoderms from the South Pacific. Specifically New Caledonia.

There are great pictures of the giant Thromidia as well as Luidia and Euretaster in life, doing things that you would NEVER expect to see them doing. Well, worth it, if you can find it.

Plus you get pictures of worms, crabs, and other marine invertebrate stuffs. So a bargain!!

Where to get: As mentioned, OOP, but can currently be found at Amazon for a range between 13-35.00 although I have seen it go as high as 60. 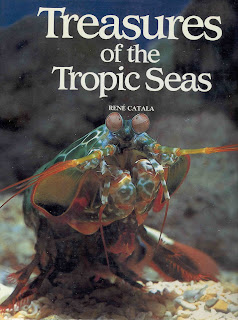 3. A Field Guide to the Marine Invertebrates of South Australia by Karen Gowlett Holmes 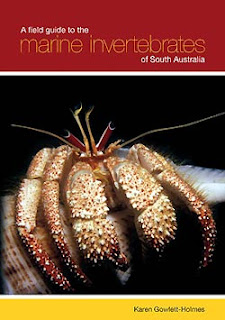 What it is: Karen Gowlett Holmes is a biologist who works for the Australian CSIRO-the Commonwealth Scientific and Industrial Research Organisation and has done a great job documenting the invertebrate fauna of South Australia.

This is a field guide for a regional fauna in the Southern Hemisphere, which may not be useful to you, as a guide text, if say, you live in northern Europe, but its a cool book and figures MANY fascinating animals that you wouldn't see unless you were doing hundreds of hours of diving in South Australia. Its 333 pages of full color-glossy photographs of temperate water marine invertebrates!! Its the love baby!

What's also unusual about this book is its fidelity. All the animals in this book are vouchered at the South Australian Museum and are formally documented.

Where to get: This can be easily purchased from the authors via Ebay and other natural history book dealers. About 70-75.00 AUS. 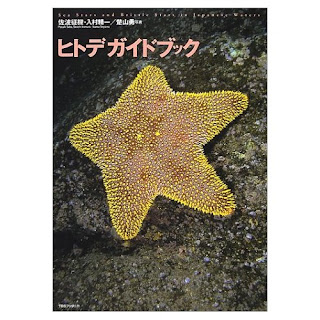 What it is: There is a dazzling shallow-water echinoderm fauna in Japanese waters-from both tropical and temperate zones and I don't think that most western people realize just how rich it is because of the very distinct cultural gap between Asia (and Japan) versus English-speaking communities. This book does a LOT to show the diversity of starfish and brittle stars from this region.

This book is AWESOME! Beautiful photographs, including several of relatively rare species, including the stunning cover photo of Asterodiscides japonicus but is limited to asteroids and ophiuroids. No sea urchins, holothurians, or crinoids. That being said, there's a lot more room to show variation in color and form. 135 pages (in JAPANESE) of full color photographs. As the Japanese say YATTAH!

Where to get: At first, getting a Japanese book seems daunting, so that's why I'm making it easy for you. Amazon.com JAPAN will accept purchases from English-speaking countries (e.g., the United States) on an English translated website There are certain things to expect of course, increased shipping cost, and etc. but the book is WORTH it. Its a relatively inexpensive book going for only 2520 Yen (=about 29.00 USD) plus shipping.

5. In Deeper Waters by E.H. Chave and A. Malahoff. 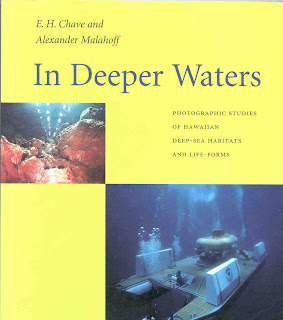 What it is: This is one of those kinds of great books that bridges the gap between the hard science and a digestable, public educational product that an interested person can understand.

Basically, its an introductory guide to the operations of the Hawaiian deep-sea operations and diversity operated by my friends at the Hawaiian Undersea Research Laboratory (HURL) at the University of Hawaii at Manoa. It starts out with an intro to submersible operations and geology but the great majority o the book is about deep-sea Hawaiian animals.

There's easily 10 pages full of deep-sea echinoderms to enjoy! Not all of them are correctly identified-but many of them are-and the pictures are good. The latter half of the book is an extended table listing new occurrences and data for deep-sea Hawaiian animals, including invertebrates as well as fish.

Its a useful book for all around!

Where to get: Available via Amazon.com, and can be picked up used for as little as 4.00-but nice paperback and hardcover copies are also available as well as Booklines Hawaii.

Got more? Got recommendations?? Let me know!
Posted by ChrisM at 9:00 AM

Email ThisBlogThis!Share to TwitterShare to FacebookShare to Pinterest
Labels: 2009, books