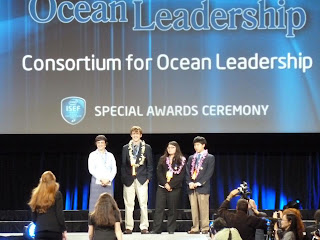 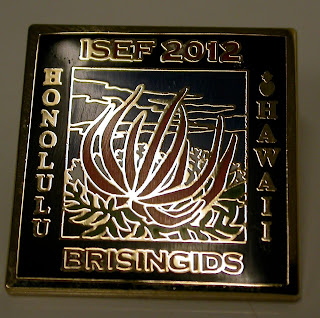 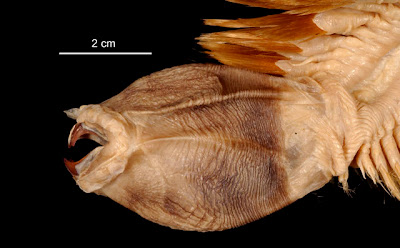 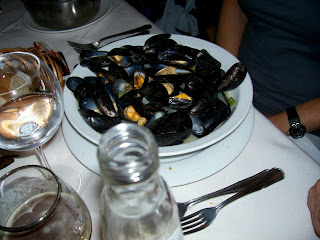 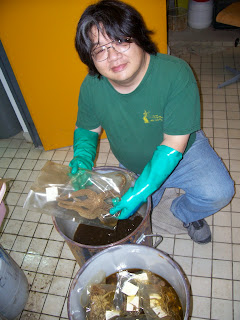 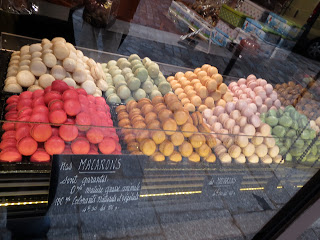 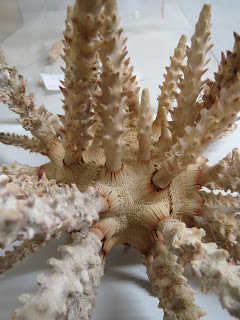 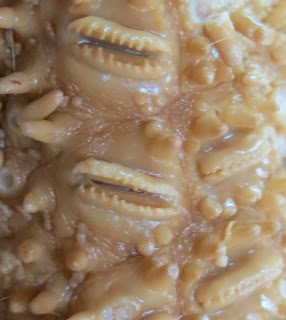 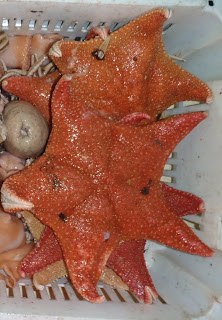 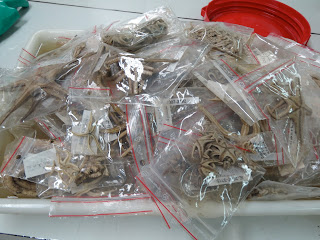 THANK YOU TO EVERYONE who has supported the Echinoblog!! 2013 promises to be a good one but as always..I'm happy to hear what topics you'd like to read about!
Posted by ChrisM at 2:15 PM 1 comment:

Happy Heterocentrotus Holidays from the Echinoblog!

One from the Red Sea. Image by vanveeleen

Here's another one from the Red Sea (maybe H. trigonarius?). Image by furstyferret81

A nice one from Hawaii. Image by Alan Cressler

One from the Sinai peninsula. Image by bluepeda

from Hawaii. mage by mbasile

from Hawaii by Arian durst

A close up by Geoff Spiby

Another Hawaiian one by chinds_1133

Posted by ChrisM at 1:33 PM No comments: 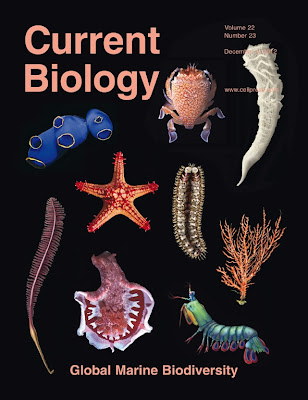 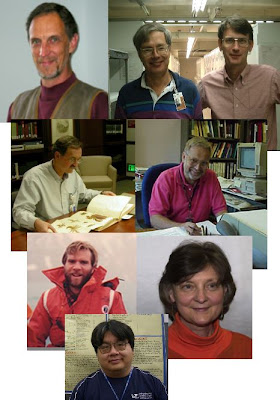 November has been a busy month! While I was hard at work in Paris other projects were underway! I often wish that I could be in two places at once because it happens that different and exciting things happen at once!

Case in point-I have discussed how I have worked with the University of Hawaii and the Hawaiian Undersea Research Laboratory before. (go here to see)
Specifically, I have been working with Dr. Margo Edwards in conjunction with the Hawai'i Undersea Military Munitions Assessment Project (or HUMMA) which is a coalition of institutions including the University of Hawai'i, NOAA, the US Army and others.

To put it briefly, there's a lot of unexploded bombs and munitions about 5 miles off the coast of the island of Oahu (and other locations throughout the Hawaiian Islands).

The HUMMA project is part of an ongoing effort to map, survey and reconcile these weapons. A Frequently Asked Questions (FAQ) about this can be found here.

A nice video about this project is here:


So how does a humble starfish scientist like me get involved with all of this seemingly unrelated (but interesting) work? 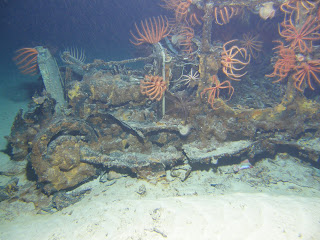 What are brisingids? Short answer: Sea Stars/Starfish that put their arms up into the water to capture food using a special kind of "starfish velcro".  Go here to see a full write up about these weird deep-sea starfish!

In November the Hawaiian Undersea Research Lab (HURL) and the HUMMA Project took to the water with the submersible Pisces V (one of the only manned research submersibles still operating in the US!)
One of their objectives during this November dive was to look at the various animal biota in and around the ordnance (go here for a HUMMA Project update) such as these sea anemones living on a vertically oriented mine...

Probably one of the most abundant and interesting of the animals living in and around the ordnance and other structures were brisingid asteroids. So, there was an interest in finding out more about them. 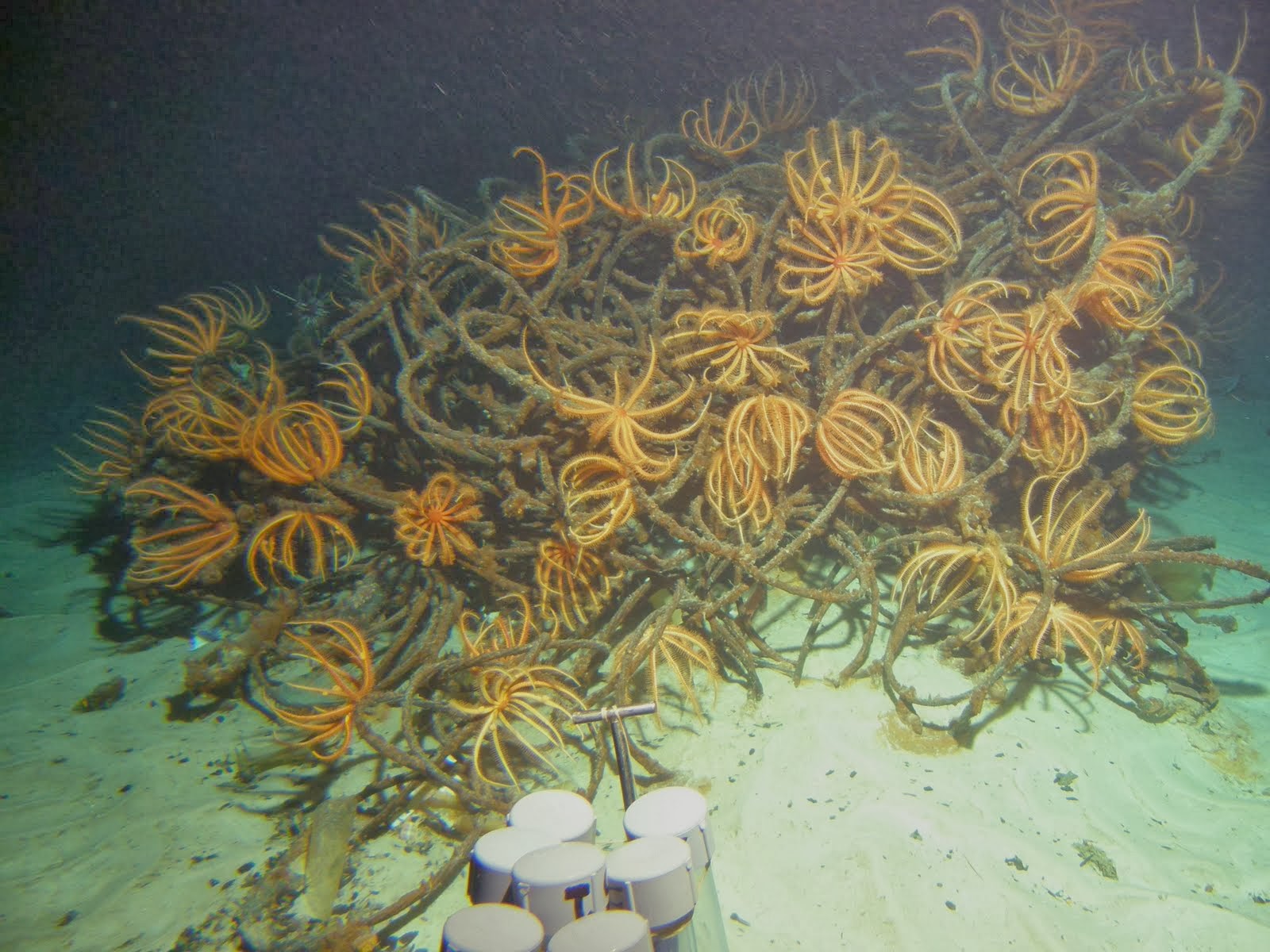 Especially since they seemed to have large round "lesions" or swellings on the arms (note the large one on the upper center arm)..
Unfortunately, there's only so much you can do with brisingids from video and pictures taken at a distance.  So many questions!

What species were these brisingids?
How many different kinds of brisingids were present?
What were the swellings?  Why were there so many of them?

And so, collections were made using the Pisces V submersible's collector arm.. 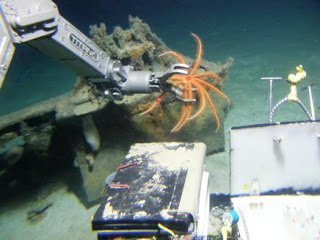 Being able to look over the specimens at long last gave us two valuable discoveries!

1. Possibly a new species?  The brisingids we were studying belonged to a genus that had never been seen in Hawaii before! And a species that could not be reconciled with any of the known ones!  Further work remains to be done-but it seems like there is good reason to believe at least some of the brisingids studied belong to an undiscovered species!

2. What were the swellings? An examination of the swellings revealed an even more interesting discovery!!   They were parasitic barnacles!! There are some VERY unusual types of barnacles called Ascothoracidans that can enter into the body cavity of sea stars (and other echinoderms), affix themselves to the internal body structures.

Some relatives of ascothoracidans, called rhizocephalans have highly unusual relationships and can take over a host's reproductive system! (go here to see on case)  It is unclear what the parasites in these brisingids do however.

Brisingids were the subject of a neat project undertaken by 3 intrepid students from Honolulu's famous Iolani High School: Kyle, Erin and Logan (shown here with model of their study organism)

Their efforts were largely directed at some ecology and behavior of these starfish, about which VERY little is known.  Often times, we can barely identify brisingids much less describe how they live in their natural habitat! 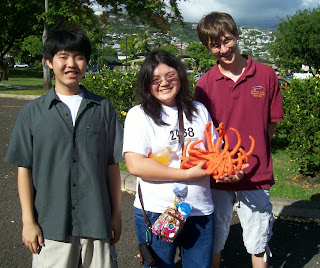 They participated and won awards at the 2012 International Science and Engineering Fair! Woo! Here was a pin of their crest!

One part of the student's work involved engineering and developing their very own time-lapse camera for use in observing brisingid sea stars!!

Here is a video from their early efforts in shallow water
and extended to night time....

And finally, here is the final product observing deep-sea brisingid starfish and some deep-sea sea anemones!  Note how the brisingids move..
The full scientific impact and write up of all these discoveries is currently underway.

But I find it a hearty endorsement of these kids' abilities that they were able to develop such a clever and useful device given their constraints!  This was something they did in high school! I look forward to their efforts in college!

Off-topic: A Panoply of Polychaetes! Photos by Arthur Anker

Just returned from Paris and am snowed under by jet lag and catchup, so here are some stunning images of various polychate worms!  by my colleague  Arthur Anker formerly at the Universidade Federal do Ceara, Labomar but now at the National University of Singapore.

Arthur's photography stuns me whenever I see it and if I can share it with the public than I do! Enjoy!

and if you enjoy polychaetes go check out my link page of "bobbit worm" videos! here.

My post on the worm-shrimp 1-2 punch vs. crown of thorns starfish here.

Gorekia! the worm that lives INSIDE a sea urchin! here.

A stunning Eupolymnia tube worm from the Caribbean

Head on with Diopatra sp. (Onuphidae) from the mudflats of Singapore

Eunice sp from the Caribbean coast of Panama

Lepidonotus sp. from the Caribbean

A neat pic of a sand-tube worm, Pectinaria IN a sand-grain tube! from the Great Barrier Reef, Australia.

Another Pectinaria species, from Florida showing the worm and its sand-grain tube

Posted by ChrisM at 3:15 AM No comments: