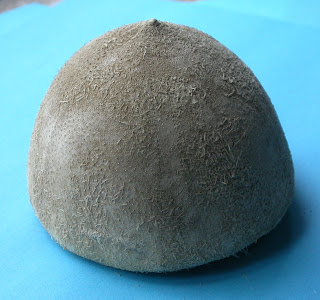 Today, an animal that I greatly admire but about which little is known! The sea urchin CONOLAMPAS!!

What is Conolampas?
Conolampas is a member of the Irregularia, a major subgroup within the Echinoidea aka the Sea Urchins. 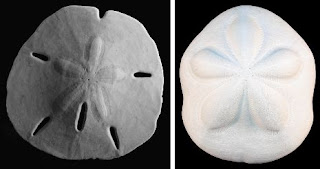 Irregular urchins are unusual in that they have
1. Bilateral symmetry imposed over their typical echinoderm 5-part symmetry 2. Instead of big, solid rigid spines, they have fine, hair-like spines that are adapted to burrowing or at least, not getting in the way of burrowing...
3. A modified or absent jaw (aka Aristotle's Lantern).
4. An anus and/or mouth moved into different positions relative to "regular" sea urchins.
Irregular urchins live all around the world.

Spatangoids are very diverse and can get VERY weird very quickly... Conolampas itself is not known from fossils (although some of its close relatives were around during the time of the dinosaurs) and is known from one species in the Atlantic (west indies) and three in the Indo-Pacific.

So, what's cool about Conolampas?


Shape! The great Echinologist Alexander Agassizi described this animal in 1878 (pg. 190) and named the species after Captain Sigsbee, the commanding officer of the U.S. Coast Survey Steamer Blake which collected the first known specimens of this species.

Agassiz was SO impressed by this critter that the first thing he had to say about it in the original description is this:


This magnificent species is by far the most striking sea urchin I have seen. I shall always remember the particular haul when, on the edge of the Yukatan Bank, the dredge came up containing half a dozen of these huge brilliant lemon-colored Echini.

The overall body shape of this animal looks like this... The top is here...

and as you can see, the bottom actually FLATTENS out.. 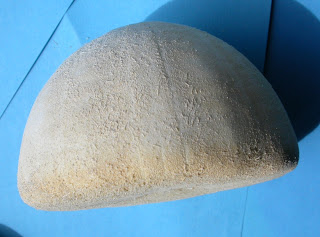 The scientific name of this animal, Conolampas can be broken down into "Conos" for "Cone shaped" and "lampas" for Lamp...hence.. Cone-shaped Lamp (old fashioned lamps were shaped like this).. (thanks to Kevin Z. and Matt J. for assist with the translation). 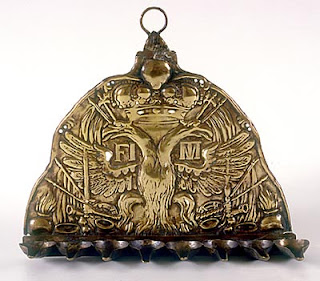 To a more casual and perhaps hungry observer, the shape resembles a steamed chinese pork bun... 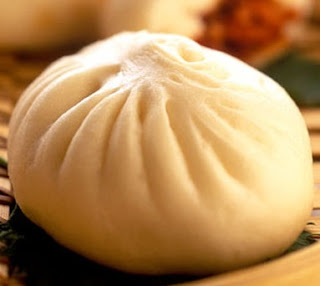 or perhaps a ghost from Pac-Man 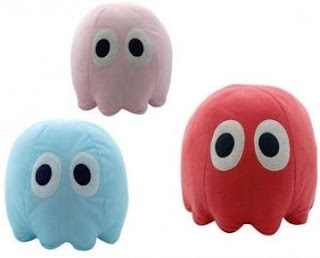 Or one of those cartoon scrubber bubbles from "Scrubbing Bubbles" bathroom cleaner! 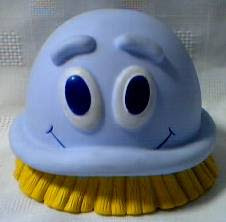 Biology! What we know about its biology can literally be summarized here in a few sentences... Based on observations summarized by Mooi (1990) the Bahamian species Conolampas sigsbei lives in the deep-sea, approximately 120-800 m depths where it lives on coarse carbonate sand, made up mainly pf coral and algae fragments, leaving tracks that look like this:

That central opening where the five grooves meet is the mouth. The circular feature on the edge is called the periproct-and is where the anus, etc. is located. 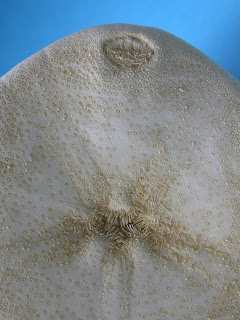 
These animals use the fine, hair-like spines for both movement and feeding. Although full feeding biology is unknown Conolampas will fill its gut with carbonate grains and small foraminiferans (shelled ameoba) leaving distinctive trails in its wake. The higher number of spines around the edge of the flattened bottom, likely assist in its movement. 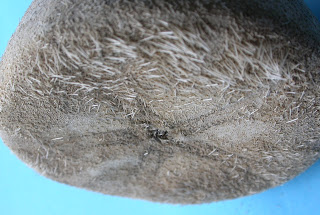 Like all echinoderms, tube feet are also present on the 5 ambulacra that are directed towards the mouth. Tube feet are primarily responsible for movement-but also for feeding and respiration. 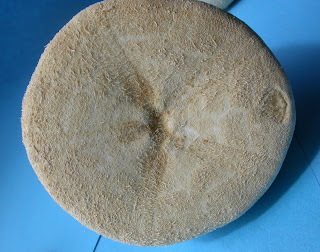 Here are further details of the spines on the surface... 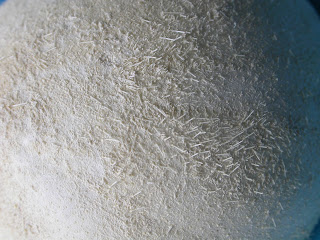 And what the "test" (i.e., the body cleaned of spines) looks like. 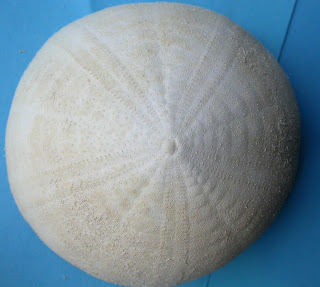 We know a little bit about Conolampas' reproductive biology! Like the fact that they aggregate when they spawn. 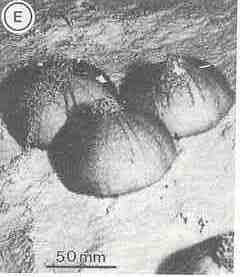 (This is Conolampas sigsbei on the Bahamian slope, image is taken from Young 1994)

Also worth mentioning is a paper by Craig Young, Paul Tyler and Roland Emson (1995) that shows that embryos of this species, during a 12 hour incubation, show the embryos developing most readily at pressures closer to their actual depth range, with increasingly abnormal embryonic development as pressure (and presumably depth) increase.

So, admittedly, we don't know much about these animals -but the fact that you've got these weird trail-making lamp/bun/ghost/scrubber bubble shaped sea urchins roaming around deep-sea sediment and rubble eating who knows what?? That have sexy threesomes/orgies???

THAT is awesome. And apparently no less then Alexander Agassiz would agree with me! 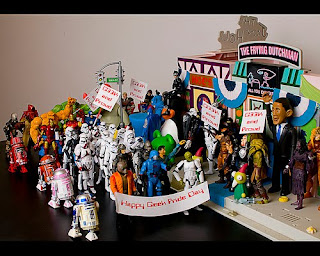 HAPPY GEEK/NERD PRIDE DAY EVERYONE!!!
Posted by ChrisM at 5:38 PM

That looks awesome! Its just so mysterious masquerading as a rock or a pork bun or coconut in the sea. <3