A Galaxy Class of Gorgonocephalus! A Basket Star Bonanza! (A Star Trek Connection?)

Basket stars are a very unusual kind of brittle star (note that they are NOT proper starfish) which have long, branching arms which they extend into the water in order to feed. Tiny little hooks on the arms are used to capture food which eventually makes its way back to the mouth.

Basket stars occur in tropical and cold-water habitats and I have written about their feeding biology here.

There are currently 10 species of Gorgonocephalus recognized and they seem to occur widely...(here to go to the World Ophiuroidea Database listing)

Here are some gorgeous Gorgonocephalus sp. (which occurs mainly in cold-water settings) images to kick off 2013!! Enjoy!

Some gorgeous shots of G. arcticus from the White Sea by Alexander Semenov 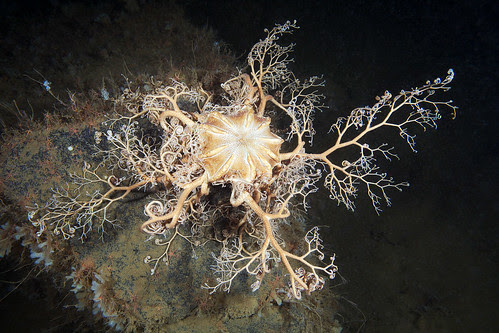 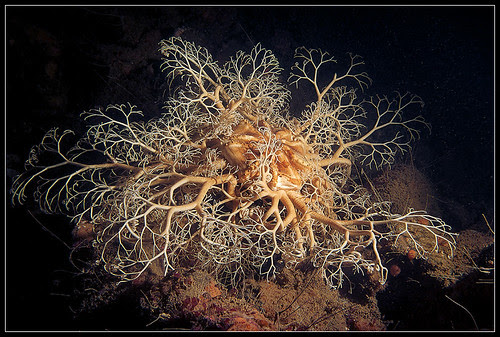 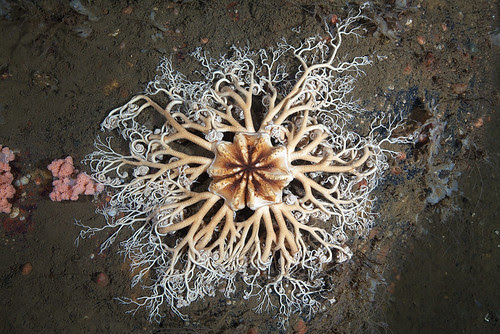 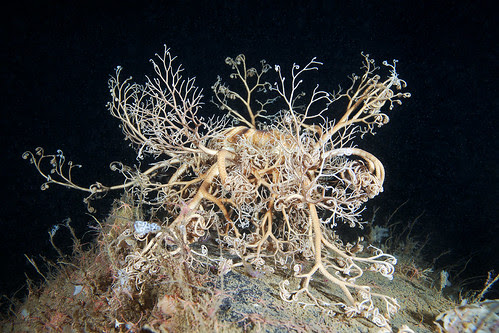 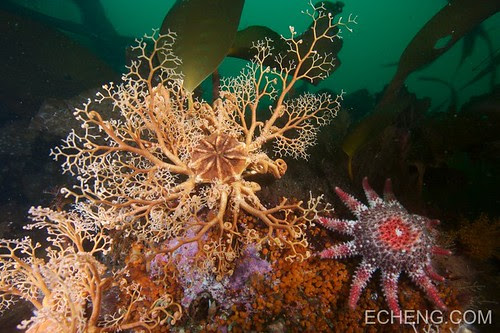 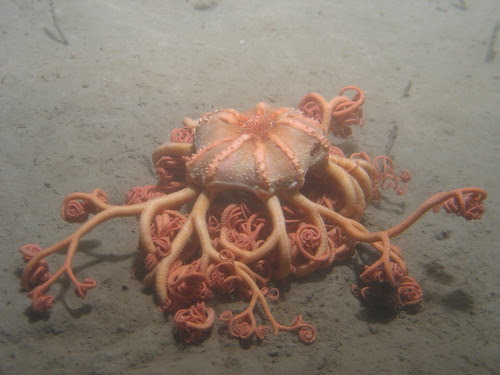 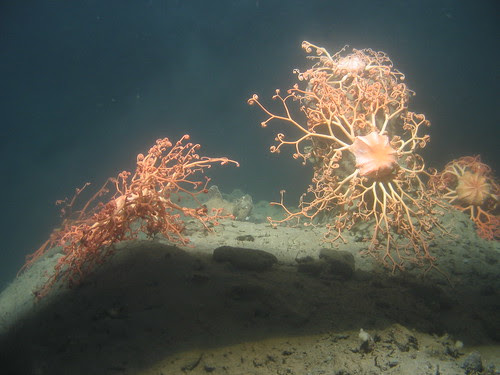 Close up of the arms.. 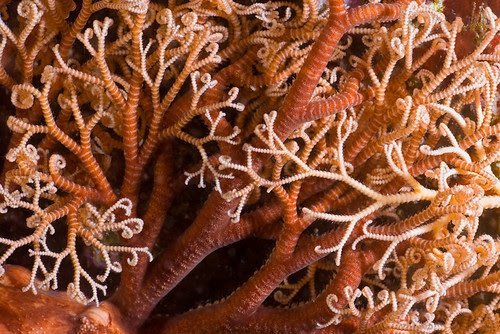 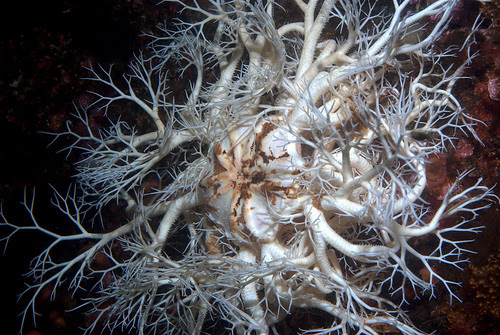 Here's a really nice one of G. eucnemis. by "northwest diver" 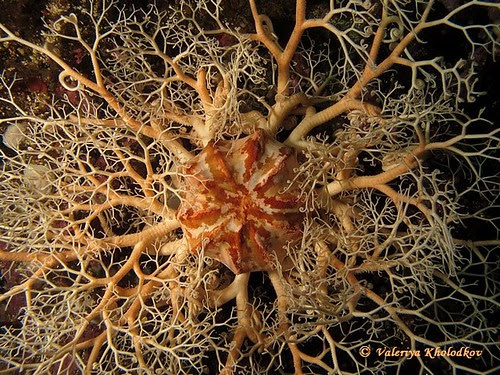 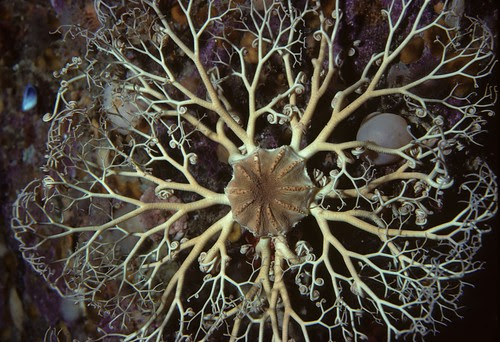 Hmmm... y'know, it never occurred to me before but Gorgonocephalus DOES bear a striking resemblance to a certain CRYSTALLINE ENTITY from the 24th Century... 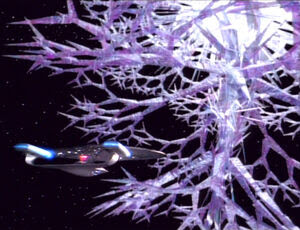 Curious to know if they brood eggs or not, and what type of development (larval or direct)? If larval, how long and are they upper water column?

I know some Antarctic euryalida brood (e.g., Astrotoma) but I don't know if Gorgonocephalus does...