Strange Urchin Spines! Past and Present!

SEA URCHINS! Everyone kinda knows the basic idea: round spiny ball that lives in the ocean but most folks aren't as familiar with how CRAZY the spines can get. ESPECIALLY in the fossil record!

Most of these taxa are either cidaroid sea urchins or closely related to them. Cidaroids are considered a "stem group" among sea urchins. That is to say, they arise early in the evolutionary history of the group. They have a different jaw apparatus and vary in several other respects. Including the unusual absence of an epidermis from the spines, which permits growth of various other organisms on the surface. I've written about this here.

Cidaroids may also be very important in understanding deep-sea dynamics and the historical ecology of other echinoderms, such as crinoids (feather stars). See that article here.  They have been around for quite awhile.. and have been known since the Paleozoic..

But some of the CRAZIEST urchins occur from the Mesozoic, that is during the time best known for the dinosaurs. Oceans were widespread during this time

One of these neat urchins is the Mesozoic (Jurassic to the Cretaceous) to recent cidaroid urchin, Tylocidaris.

Tylocidaris appears to have MASSIVE, club-shaped spines which were presumably used for defense..
Here is some bewildering diversity of Tylocidaris spines, which all look like maces or big notched watermelons!  Presumably these were used as defense against predators.

MUCH thanks for the images from this Danish gentleman's excellent page about fossil sea urchins!

These spines are from a Cretaceous Tylocidaris  sp.
More Tylocidaris spines!
..and still more!
Interestingly, the British Museum's sea urchin website also indicates that a LIVING member of this family is still kicking around.. the unusual Psychocidaris!
Psychocidaris oshimai..
Here's a video from a mineral/fossil show showing a bunch of fossil Tylocidaris-like urchins to a jazzy tune!

And just in case you thought only fossil urchins could have all the fun! here' an assortment of neat urchins that are alive TODAY which bear bizarrely shaped spines...
But note that the spines aren't just huge and club-like.. they have all of this weird ornamentaton. What could their function be? defense? assist in reproduction somehow? 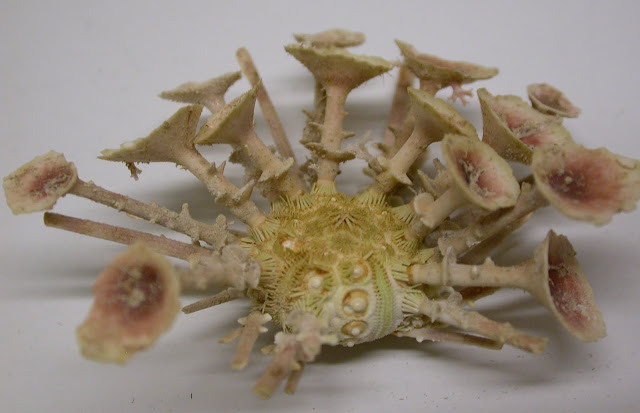 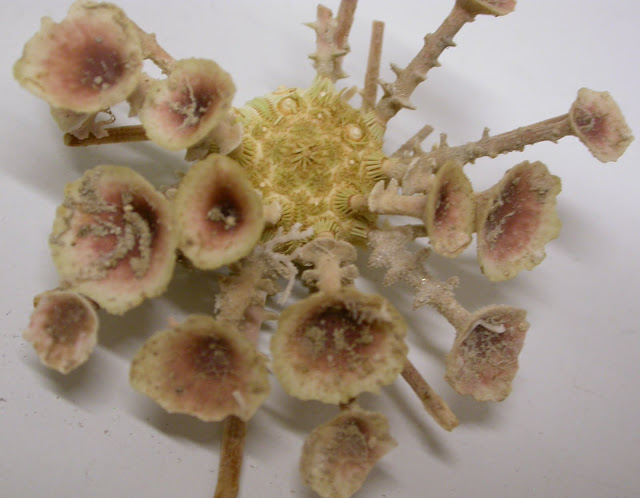 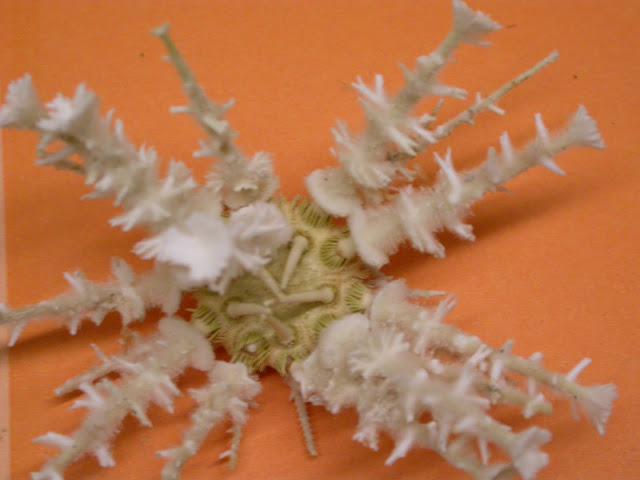 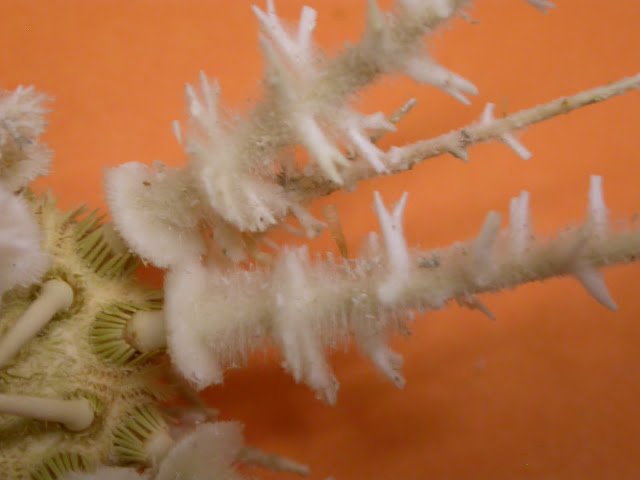 Morphology-seemingly simple and straightforward... and yet, what do the animals use them for?
Posted by ChrisM at 10:35 PM