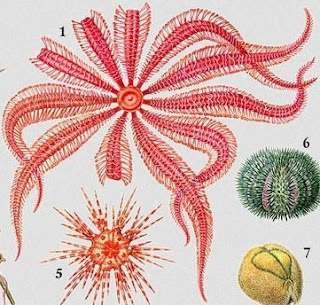 Brisingid starfish have plenty of exciting things going for them..they're weird, they live in a distinctive and unique way and they have a royal majesty that amazes me.

I am personally fascinated by the basis of latin names-but I think that even the most jaded non-classical student would think that the ETYMOLOGY of these beasts is cool! 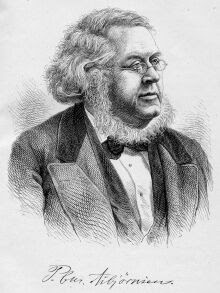 Here is a quote from an early work on brisingids (G.O. Sars, 1875) describing the origin of the name. As it turns out, the original author/describer of the brisingids was the noted zoologist/and Norwegian folklorist Peter Christen Asbjørnsen and he developed a really nifty story for this unique group of animals:


"Owing to its highly magnificent appearance, and in the presentiment of its true relation to forms long ago extinct, he (Asbjornsen) applied to it the very characteristic and excellent mythological apellation Brisinga, derived from "Brising", the breast-ornament of Freya, which according to ancient Norwegian tradition was concealed by Loke (=Loki, the god of mischief & evil) in the abyss of the primitive Ocean."

The necklace (or sometimes referred to as a broach) goes by Brising or Brisingamen and there are several variations on the story.Click here to see some of the collected stories from Wikipedia.

But with the theme set, most of the names in the Brisingida became further based on characters in Norse mythology. Here are four that are the most apparent. 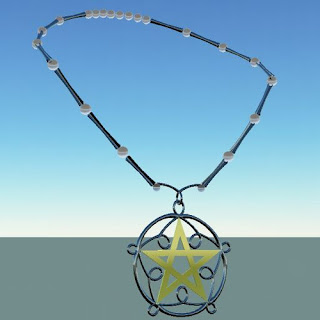 The original subject of the story-the necklace hurled into the "Primitive Ocean"...which may not have itself, actually been star-shaped. Oddly, I could find no actual pictures of "brisingamen" or at least, none that were consistent.

Brisingamen is the inspiration for the group: Brisingida/Brisingidae

2. Odin, the Chief of the Norse Gods.

Odin is the Chief of the Norse gods. And the namesake for Wednesday (=Wodensday). According to Wikipedia he is associated with wisdom, war, battle, death, magic, poetry, prophecy, victory and the hunt.

He is also the namesake for two genera of brisingids:

Odinella-a weird Antarctic brisingid which broods babies in its armpits. 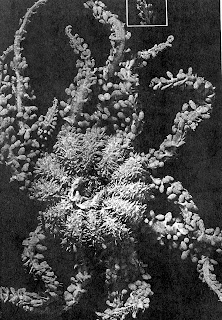 and the genus Novodinia (which actually used to be called Odinia until it was discovered Odinia was already in use...). Novodinia occurs all over the world and is a "shallower" brisingid then most, typically occurring above 1000 m. 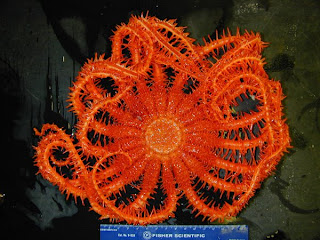 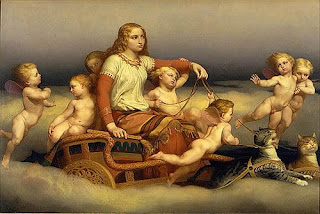 Freya was the wife of Odin and was the Norse goddess of love, beauty, fertility, childbearing..and also, oddly enough, cats.
Since Brisingamen is Freya's necklace/broach thingie she occupies a pretty central role in the story. Allegedly, she does quite a few unsavory things to get it back after Loki steals it and hides it amongst the dwarves...

Her central role is appropriate given that she is the namesake for the Freyellidae: the truly deep brisingids that are thought to be associated with abyssal (>1000+ m) soft-bottom plains. 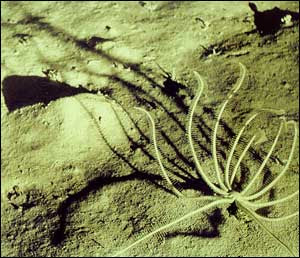 4. Midgard-Earth: the Mortal Realm & Its Serpent

Midgardia is one of the largest of brisingids with an arm length of nearly 2 feet across (which means it would be nearly 4 feet across with arms extended!!).

According to Maureen Downey, former NMNH collections manager-Midgardia xandaros is actually named for the Norse "Midgard Serpent" which encircles the Earth.

Midgard is what the Norse myths called Earth..and xandaros is Greek for "fantastic monster"..and hence the name would be translated "fantastic monster of Earth", which is really sort of an interesting (if inaccurate) name!! 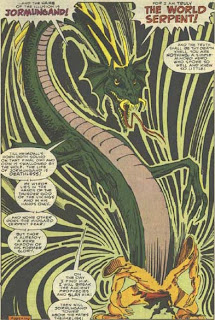 I hope that one of these days, I will have a chance to name a family of starfishes after a bunch of super-powered beings!! ha! The Justiceleagidae! Watchmenaster!
Posted by ChrisM at 5:53 PM

This blog is so fascinating! Keep up the good work. I love it!

I love learning weird things from your blog chris!!

I concur with previous comments that this blog is awesome. But I want to correct you on your Norse mythology. Some think that Freya and Frigga were the same goddess but each to belong to one the 2 groups of gods. Frigga was an Aesir along with Odin, while Freya was a Vanir. After a long war the two groups made a treaty, exchanged hostages and intermarried.