The Hidden Treasure of Trophodiscus! 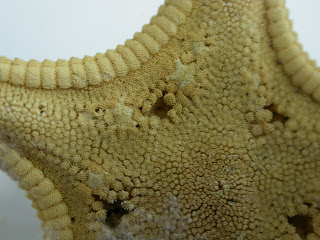 Today, we take another look at some of the exploration and discovery that goes on Behind-The Scenes in the museum I work in.

I previously blogged about this subject. The short version: a huge collection of starfish returned to us with great historical value but which had been hidden away in storage for some 30+ years.
Some interesting stuff...but also, some TREASURE.

MANY scores of specimens among MANY boxes: 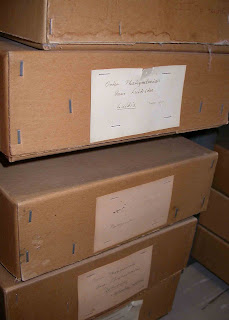 So, the SUMMER has finally arrived! And with the summer?

INTERNS & STUDENTS (courtesy of the US Antarctic Research Program)! Bless their little hearts!

They got right to work on unpacking, curating and cataloging the big-boxes-o-starfishes & such! 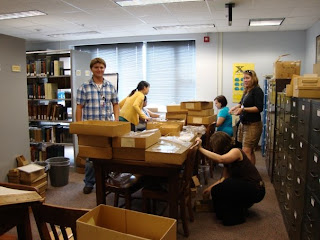 When you go through a 30+ year old collection like this, you find many...unusual items (but also TREASURE!-as we'll see!).

So, what have we got? 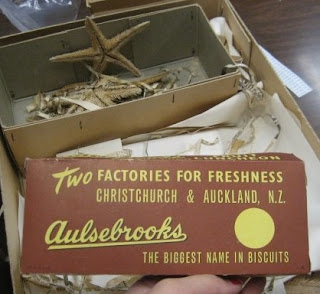 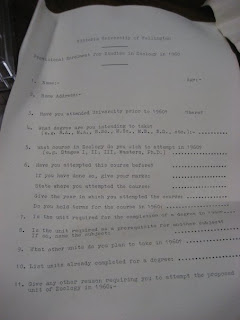 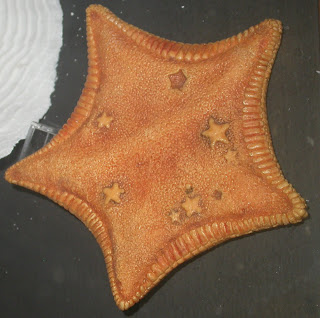 Now, lots of starfish brood (like this one) but THIS species does so, in a unique way.

On the top surface of these animals are structures known as paxillae. Tall columns that are covered by spines. These are common to the order Paxillosida, which a group of sea stars that live in unconsolidated sediments-mud and sand.

The paxillae are thought to act as kind of a tent. The gills (papulae) are found at the bases of each paxillae and not only protect the papulae from being clogged-but there's fine cilia that cover the surface that push microcurrents so they can respire! 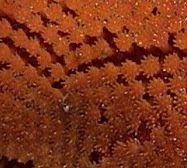 Trophodiscus keeps those small starfish babies on the body surface among the paxillae!!

Look at the little star-shaped babies (in the red circle) living between the arms: 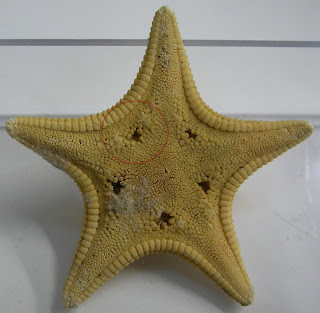 Where do these funky things live? A review of this species was recently performed by my colleague Yoichi Kogure . See this paper here.

Kogure even gave it a Japanese name: Komochi-momiji !! (I will have to find out what that means!)

They occur in the Sea of Okhotsk and the Japan Sea in relatively deep water in 150-300 m and that's all. They're pretty rarely encountered.

So, when we pulled one out of a box that had been in storage for 30+ years??

Email ThisBlogThis!Share to TwitterShare to FacebookShare to Pinterest
Labels: behind the scenes, brooding, Fell collection, trophodiscus