Common Names Suck!! Why I hate the term "Cushion Star(fish)" 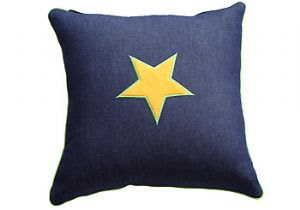 So, the other day, I'm having a conversation with a science-but non-biology colleague that goes like this:


Colleague: ....we were diving and saw a cushion star! It was great. Do you know more about it?
Me: I dunno. What's the scientific name?
Colleague: I don't know. The locals called it a cushion star and it was swollen.
Me: *sigh*....so let's start from the beginning, where was it from?......

A lot of the public likes using common names and understandably so. Latin names can be intimidating to a public which no longer speaks Latin. But many people get REALLY worked up about common names. I've seen governments develop OFFICIAL common names in their national species lists!! I am NOT a big fan of common names. Why?

Why do scientists use scientific names INSTEAD of common names?
Plus, they preclude the problems that 'common name' issues like this create.

For example, "Cushion Star" is one of the MOST commonly used common names for starfish in the WORLD. A search for "cushion star" using Google Image recovered several THOUSAND images. 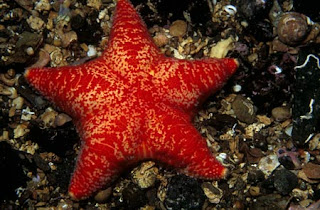 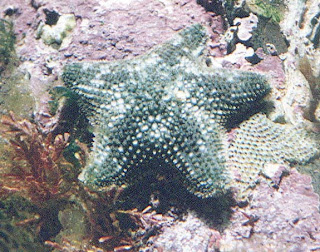 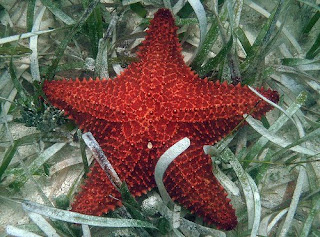 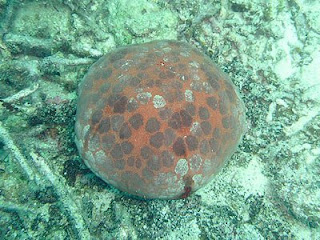 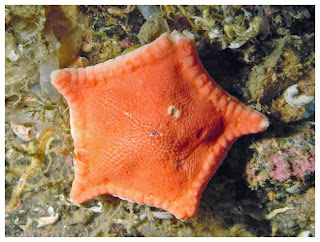 (from the Marine Fauna of Norway)
I actually found MORE then these 7. ..So go to Google Image and search here!

Good Grife! And don't get me started on the whole starfish-sea star-asteroid controversy! (although one day-I WILL get to it)
Posted by ChrisM at 9:51 AM

Oh, I think I saw cushion star #6 in the Philippines, off the island of Camiguin.

I get similarly annoyed at books or signage trying to introduce the public to local fauna, and use names like "common gull" or "garden spider". At least those who named it "cushion star" tried to be creative.

As a scientist, I completely understand your issue with common names. I absolutely hate common names that "commonly" are used in reference to multiple species.

However, I have to defend them as well, from the perspective of an educator and pusher of science passion and interest.

I think the problem with scientific names goes beyond just the fact that they are based on a dead language.

1) For people with bad memories, like me, they can be VERY hard to remember - especially when you're talking about multiple species with several scientific names being thrown around.

2) They are often very difficult to pronounce. As someone who studied Latin for years, I must say that most scientists don't actually pronounce them "correctly" (and don't even start with the whole "it's a dead language so you don't know how it's pronounced").

3) For visual people, again like me, when I hear a scientific name being spoken, I often can't see the word in my head, which ties back into the remembering it issue.

4) And of course, the names are often completely meaningless to anyone without a knowledge of Latin bases - and usually for those who are as well unless they've been taught its meaning.

So, for example, when I show little kids my fossil shark tooth collection, I do not use scientific names unless a suitable common one doesn't exist. I would never say "this is a Galeocerdo contortus." That does nothing to capture a child's imagination. But if I put a 20 million year old tooth in their hand and say "this is a fossilized tooth of an extinct Tiger Shark" eyes bulge. The one exception is the "Megalodon," which is actually a species name, but one that has basically become a common name.

And personally, I think arousing the excitement for science/nature in children (and adults) is the most important thing!

I think in an ideal world, every species would have exactly one defined common name. Yeah - that's alot of names.

Its often difficult to convey any flexibility in any discrete written body. And often times, I think any flexibity one may feel just doesn't get put in for fear of diffusing the writing.

Common names have different facets- and in my line of work, I've had any number of experiences where you're getting to the nitty gritty of a name with another adult (professional or semi-professional)
and the common name costs time or is a source of confusion. Pet people can be especially vexing in this regard.

But in educational circumstances- I mostly agree with you. One does need to calibrate how you present something so that it will be most receptive to an appropriate audience.

At the same time, I look to the examples of kids who have memorized the scientific names of dinosaurs and one realizes that often times people merely need to be motivated in order to learn the names.

Also..I am generally annoyed by the occasionally snarky person that insists that "their" common name IS the correct one-and goes to great lengths (and douchebaggery) to correct someone.