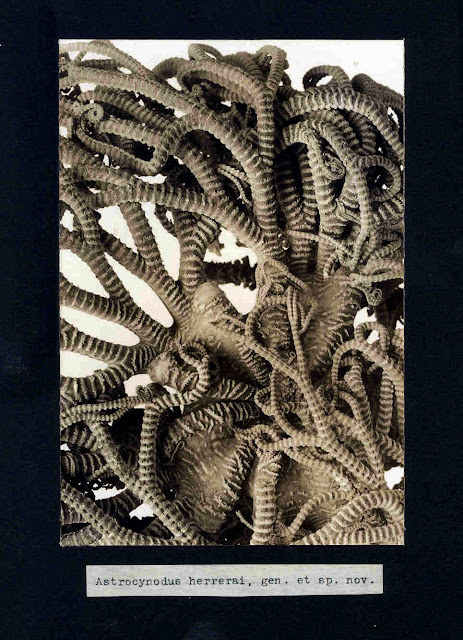 So, because of a lot of moving around and reshuffling of stuff at work, I was reintroduced to some old photographic plates of echinoderms from taxonomic monographs published by Smithsonian scientists from the early 20th Century.

These days, most people take pictures and can manipulate the images with computers and then electronically transfer those images into document files where they get published and so forth. A fairly paper free process (if you don't count the final result anyway!)

But as recently as 10 years ago, pictures in scientific monographs were done by physically mounting photographs onto heavy cardboard plates.

Usually, these plates are thrown away after publication, but sometimes they get saved and one gets a real feel of just how different times were before Photoshop and the Internet.

Here are a bunch of those plates, complete with instructions, possibly from the original author Walter K. Fisher himself!

The weird Trophodiscus sea star with brooding babies! I featured this animal here. This plate was featured in this publication by Walter K. Fisher. 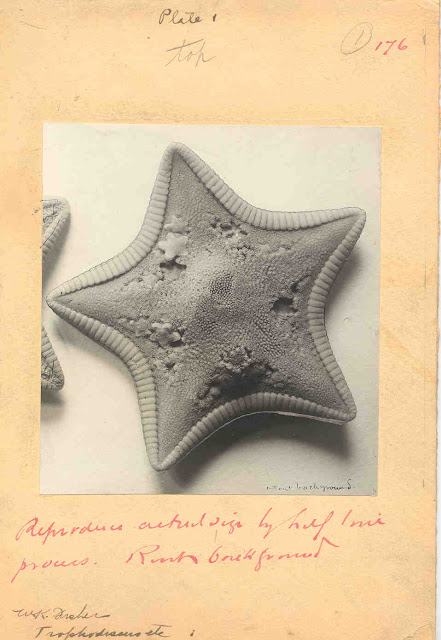 These two plates were from the famous Walter K. Fisher North Pacific Starfishes monograph which I featured here. 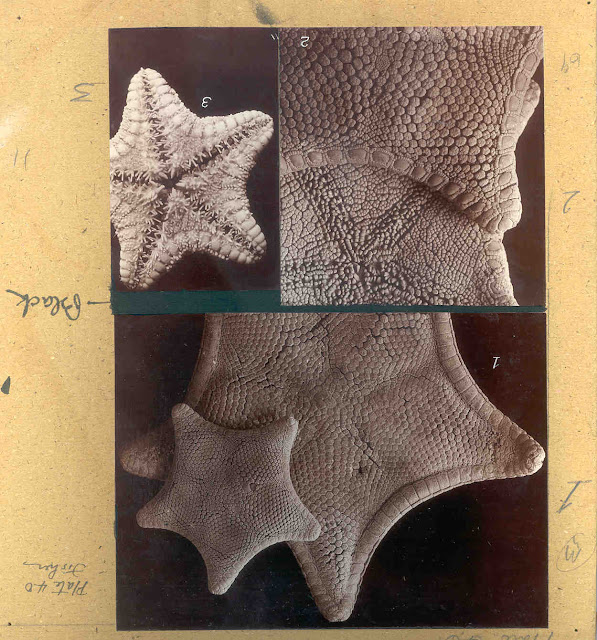 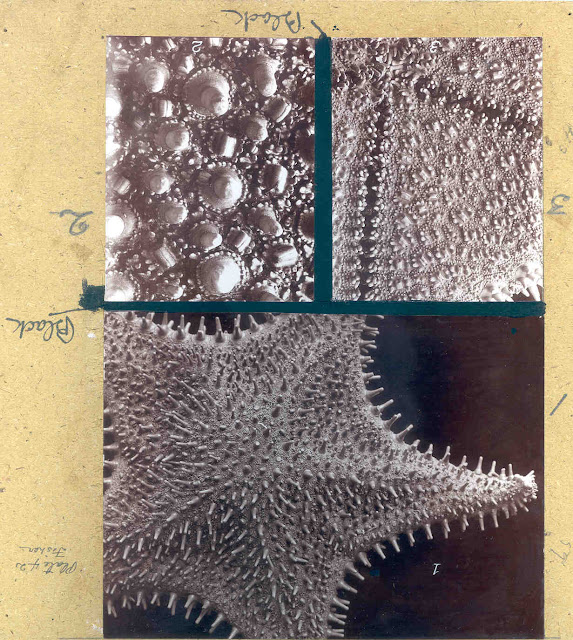 There's a certain beauty and solid beauty in these original prints that doesn't come from digital images...Plus knowing that that you were looking at EXACTLY the SAME material that the echinoderm greats like Austin Clark or Walter K. Fisher just makes for a damn exciting day!
Posted by ChrisM at 5:22 PM