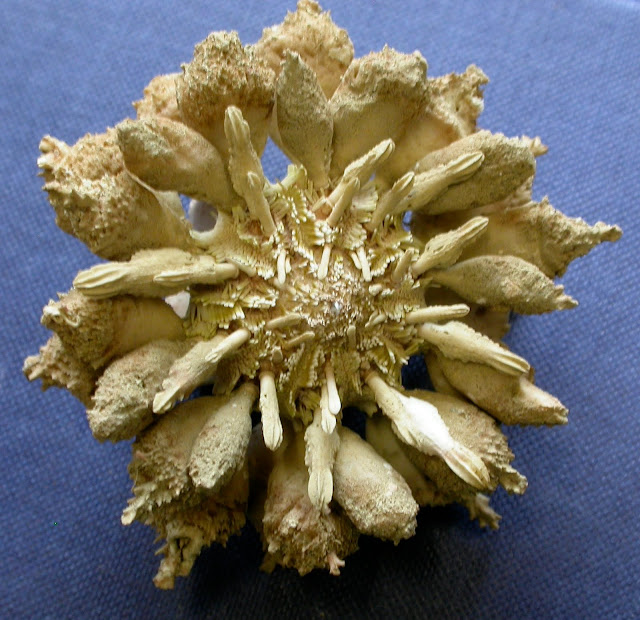 Sometimes I like to just put up pictures of animals that are visually stunning (oral surface shown above), but about which we literally know NOTHING. Not its diet. Not its ecology. Not how its strange external appearance interacts with the environment. 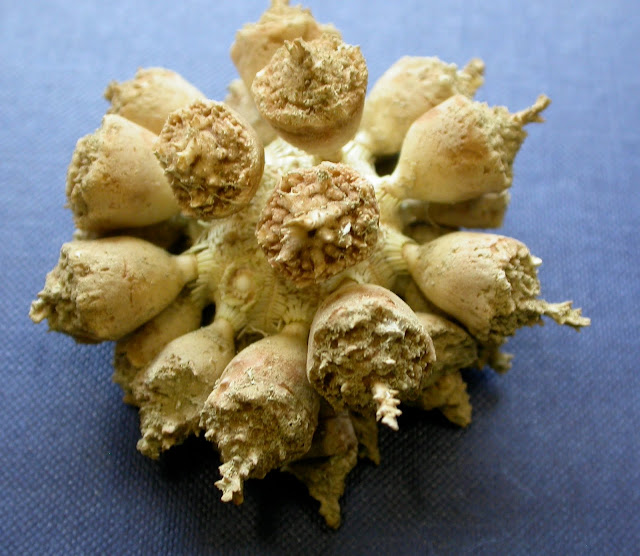 Case in point...this sea urchin: Psychociaris oshimai (now Tylocidaris) described by Professor Hayato Ikeda, Kyushu Imperial University in 1939 which occurs in Japan and the Philippines. Nowadays referred to as a subgenus of Tylocidaris..but still.... a cool beast. 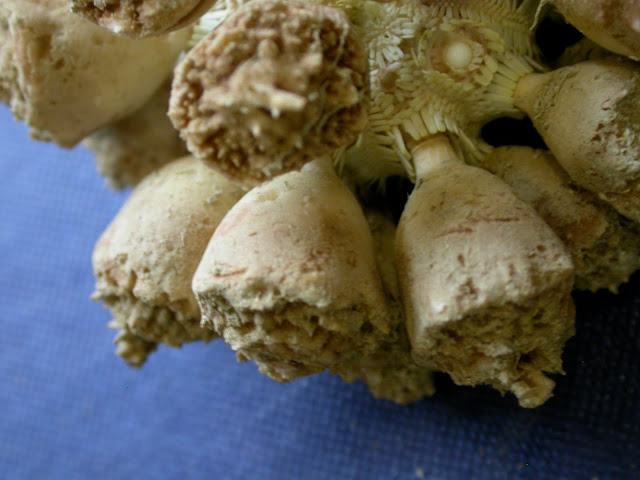 What's going on with the spines?? 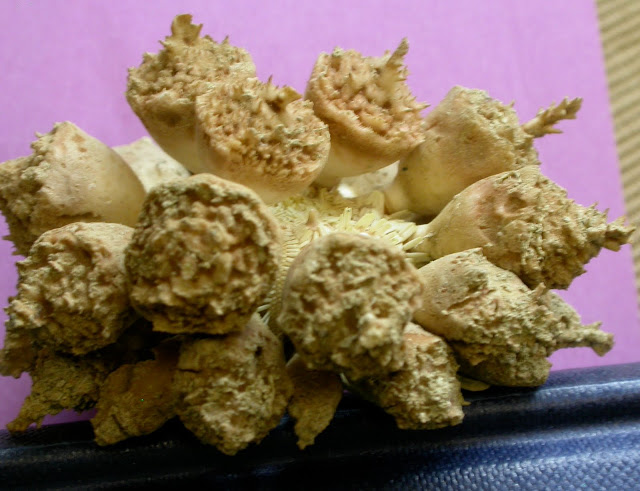 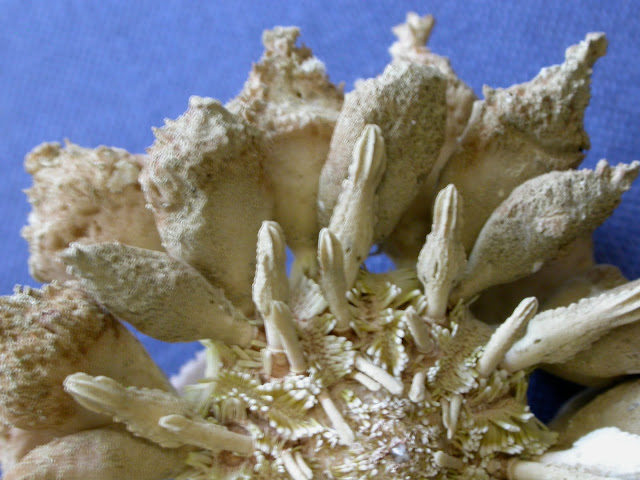 My search of the literature suggested that, aside from the general morphology-which described the different kinds of spines present and the strange external "cortex" around the spine itself, no real function has ever been observed. 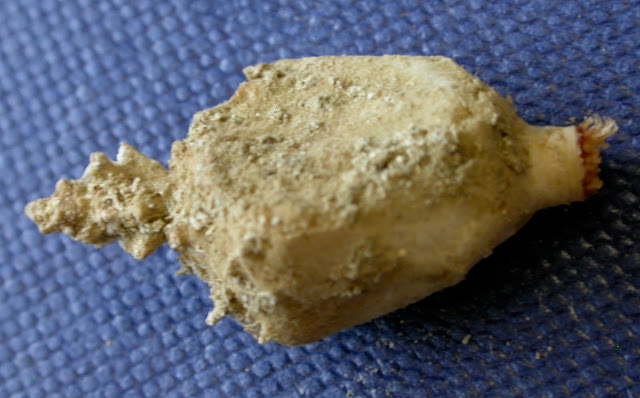 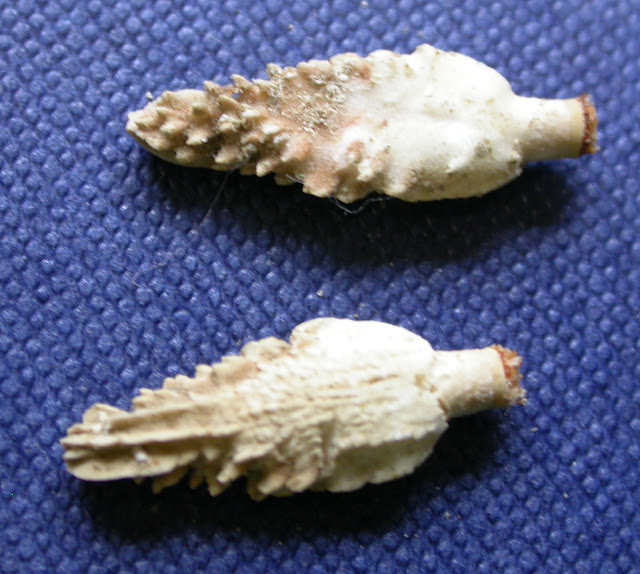 In fact, I'm not sure if the animal has ever been observed alive! 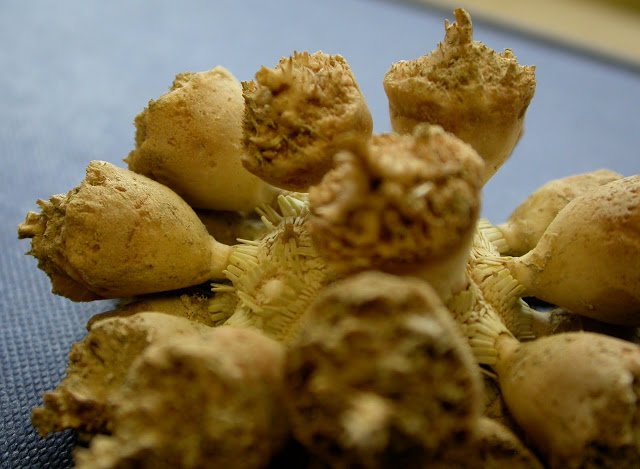 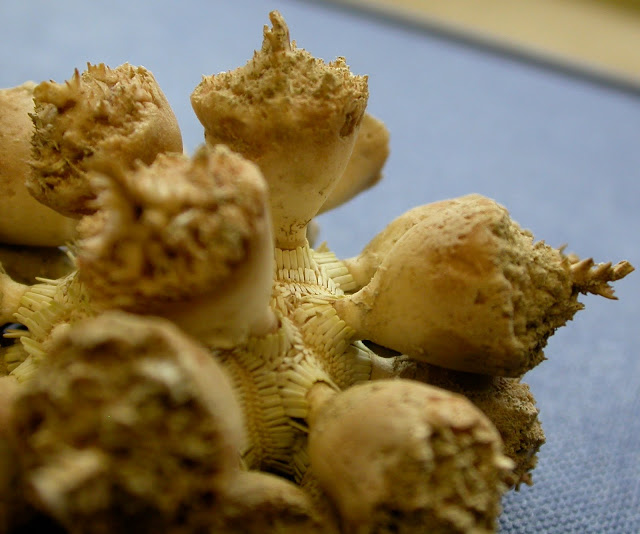 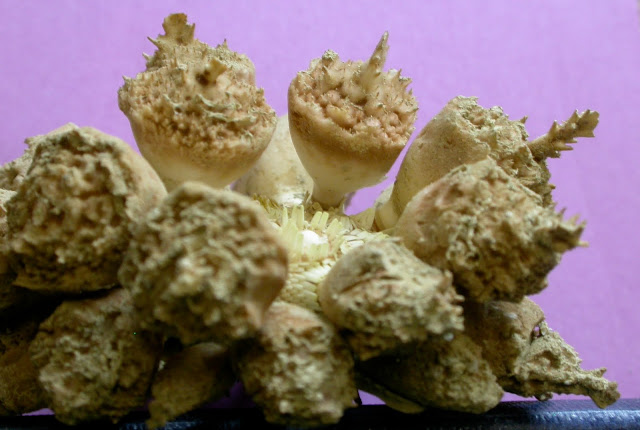 MANY invertebrates are like this.. The critters were collected and described (and many undescribed!!) but we JUST don't know anything about them (well, other then that they are pretty!). PERIOD.
Posted by ChrisM at 9:23 AM

what a trippy beast!!