Paris! The city of lights? Or the city of the Octopus? 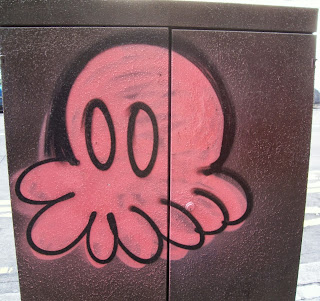 PARIS! I've just arrived and hard at work with my colleagues at the Museum national d'Histoire naturelle!  But this week has been crazy. Wi-fi down, taking care of last minute projects and so forth on top of travel and jet lag.

So this week the blog is about a curious set of street art I've seen. OCTOPUSES all around Paris!

These are often painted or posted surreptitiously around Paris in strange corners and rarely travelled nooks around the city. Based on the arm length and overall appearance they appear to most closely resemble the "dumbo" octopus -something like Grimpateuthis or Opisthoteuthis but I'm pretty sure the artist has mainly taken the image from his own imagination... 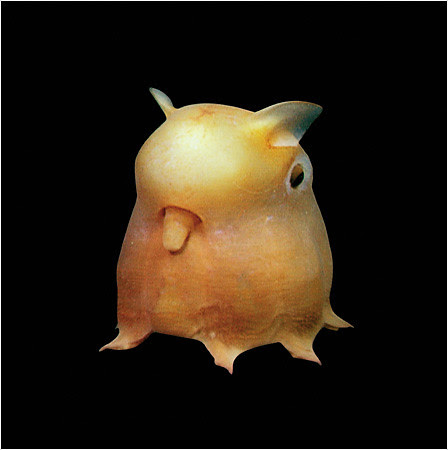 This one actually bears a striking resemblance 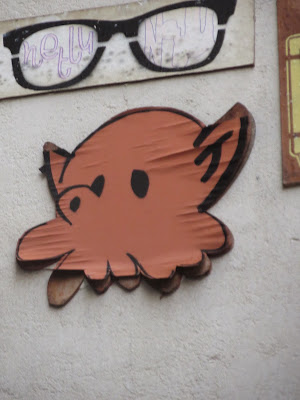 here is an OUTSTANDING page with MANY others!

and yet even MORE with pop culture characters

These are apparently done by a street artist called Gz' Up and most of these octopuses are plywood glued high on street corners.  Go here to read more about him and to see more of these

Check out Gz'Up's Flickr stream showing his MANY octopus designs!

They all have the same basic shape but vary by character....  The following I have seen... 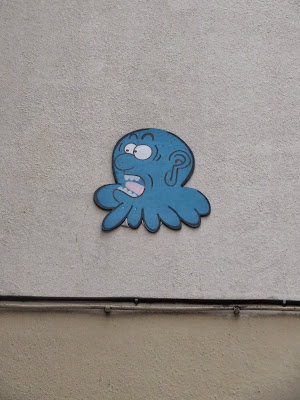 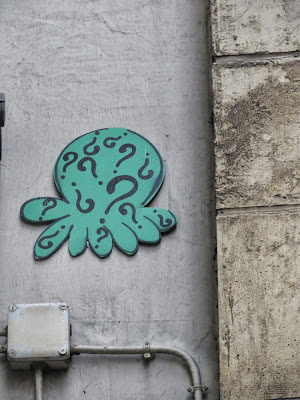 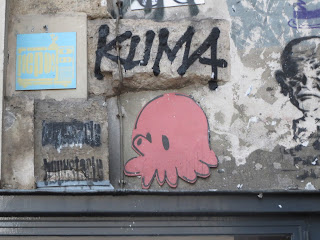 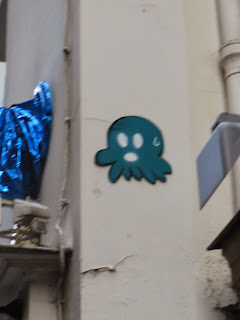 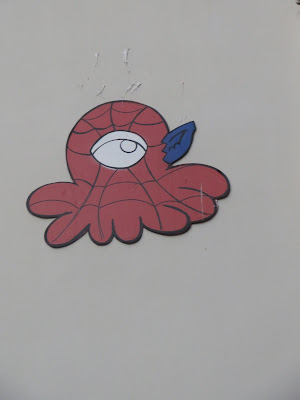 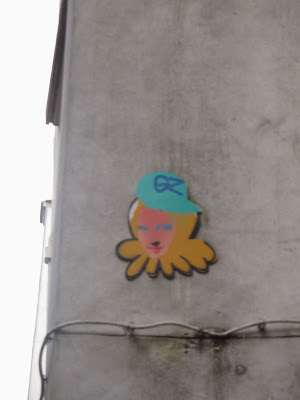 These I found on Flickr and elsewhere...
KRUSTY!
The old Japanese superhero Spectreman!
Cyclops from the X-Men
King cyclopopod! 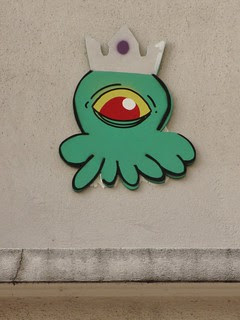 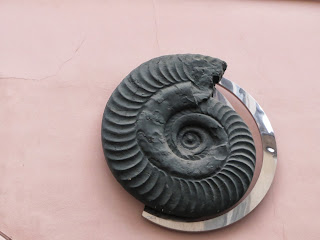 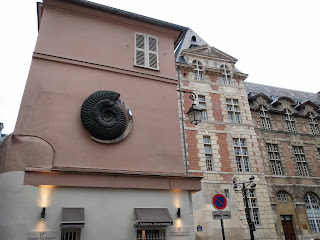 Some Halloween fun next week!