#SEASLUGDAY2016: Nudibranchs eat ALL THE THINGS!


This year's Sea Slug Day I thought I would show off the VAST array of feeding diversity in sea slugs, mostly focusing on nudibranchs. (Not all sea slugs ARE nudibranchs).

There are some groups of sea slugs such as Elysia chlorotica, which belongs to the Sacoglossa (i.e., they aren't proper nudibranchs) which can actually PHOTOSYNTHESIZE like plants! 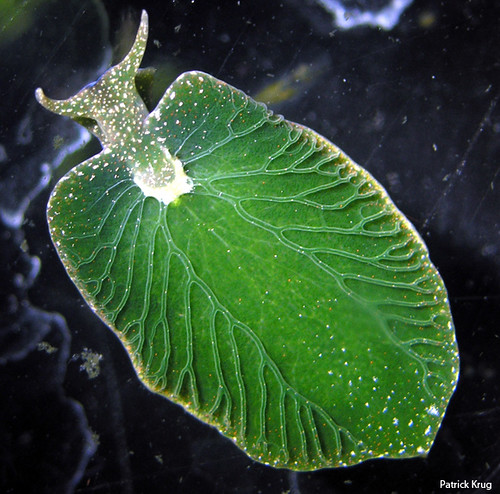 But when it comes to "proper" nudibranchs, it turns out that they are mostly, if not entirely, carnivorous! That's right, instead of the image of "delightful little dainty, clowns of the sea" that most people seem to have of nudibranchs, perhaps we should instead think of them as hungry little monsters that chow down on all manner of other animals!  Muhahah!
Food and feeding in nudibranchs appears to be diverse. But like most snails, nudibranchs feed using what's called a radula, which is a belt-like structure which is modified from taxon to taxon to rasp or else assist in food or prey capture. 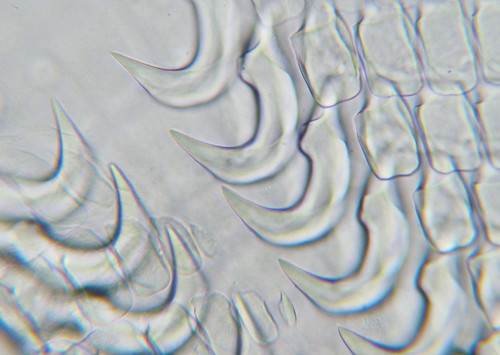 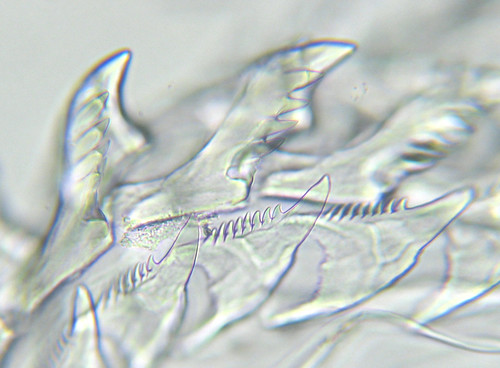 Nudibranch feeding (and prey) are a HUGE topic and I'm almost certainly NOT capturing the full range. But for your SEASLUGDAY pleasure, here's some great imagery and unusual accounts of what nudibranchs eat...which really does include EVERYTHING.

5. Echinoderms (such as brittle stars)
I begin with that most sinister of predatory nudibranch: the echinodermativore! To be sure, the number of sea slugs that are known to feed on echinoderms is a relatively short list-but probably one of the most gorgeous is this Indo-Pacific one: Kalinga ornata! 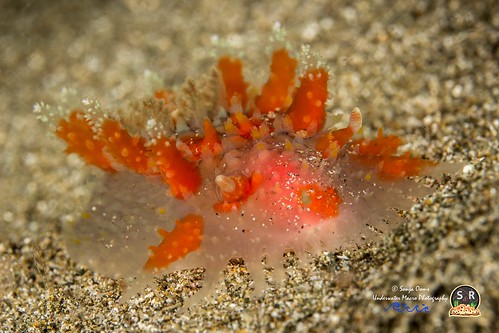 Here's a GREAT Japanese video of K. ornata below feeding on a brittle star (possibly Ophiocoma scolopendrina?)
4. SHRIMP! I wrote about Melibe on SeaslugDay last year. and I've already shown this video of Melibe viridis capturing this shrimp.. but its VERY impressive. So you get it again...
3. Bryozoans & various Cnidarians (hydroids, anemones, etc.)!  Among the most typical of foods fed upon by nudibranchs are the many, many types of encrusting and/or otherwise sessile animals that live on and around nudibranchs, ranging from small, colonial animals to huge tube-shaped sea anemones!

Here's a nice pic, for example, of a dorid nudibranchOnchidoris muircata feeding on a bryozoan colony. Bryozoans aka "lace animals" are a phylum of colonial invertebrates that form very delicate skeletons. They are fairly common in many areas as encrusting, colonial forms.. MANY nudibranch species seem to feed on them...

Not sure which species this is..but you can see they've pretty efficiently cleared off the living tissue from the bryozoan skeleton 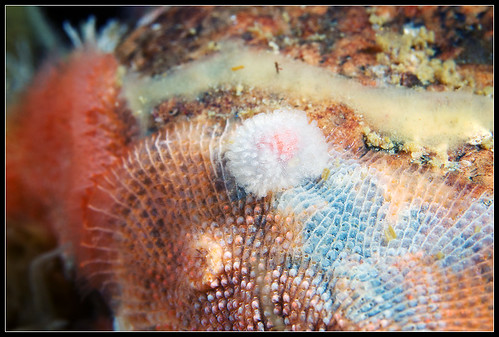 This species, Crimora coneja was imaged in Oregon feeding on the bryozoan colony here. You can see the stark white regions around the nudibranch where it has fed, versus the lighter, fuzzier areas around the edges. 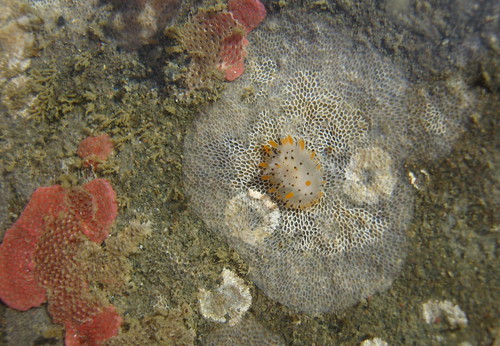 Here's a GREAT video of Corambe steinbergae, from the west coast of North America showing this species moving across the bryzoan colony and feeding on the zooids. The nudibranch is even sort of camouflaged so that it appears hidden against the bryozoan colony..
Here's a lovely aeolid nudibranch of some kind feeding on a hydroid. One of the NEAT things about these is that many of these nudibranchs have whats called kelptocnidae which means that these slugs can actually STEAL the stinging cells from the hydroids and transfer them to their OWN body as defense!! You can read more about this here. 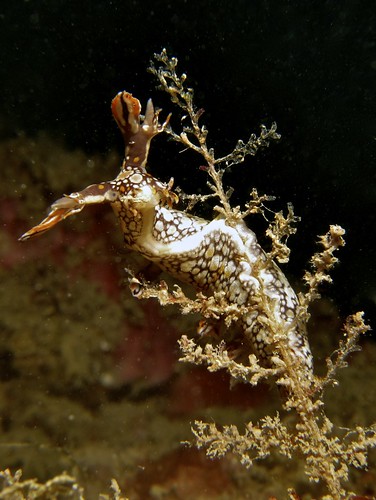 And there is much, much more... tunicates are also potential prey for nudibranchs! 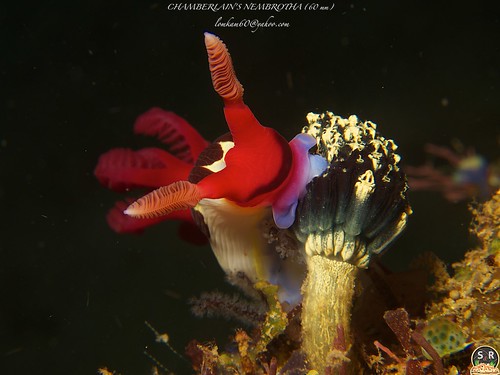 As are sponges! In some cases, the nudibranchs can absorb the chemical defenses of the prey and utilize them for their own defense! 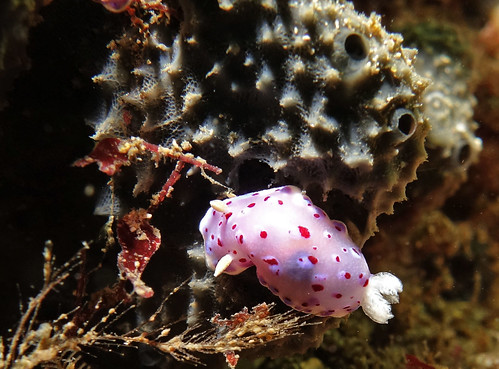 Nudibranch feeding on sponge from BIOPIXEL on Vimeo.
When we are looking at big solitary animals.. we enter the realm of animals such as the slug Tritonia and various sea anemones and sea pens... These are pretty significant predators and ellicit a fairly extreme response from they prey... The slugs in the next two videos are quite big 6 to 12 inches long.

Here's a bunch of aeolids devouring a fallen Moon Jelly... 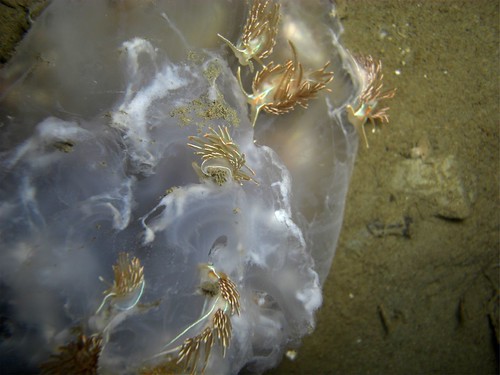 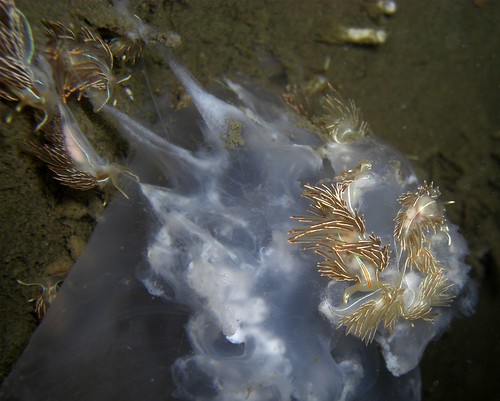 2. OTHER NUDIBRANCHS
Its always interesting how many people are fascinating not just by predation but "cannibalism" which when applied to the animal world seems to mean when one "type" of animal feeds on the same or similar "type" of animal. (i.e. sea stars that feed on sea stars) and not just one species feeding on itself (as it does in humans).

Its not as common but there are several noteworthy nudibranch predators that feed on OTHER nudibranchs...

The formidible Navanax from the North Pacific for example.. They seem to be quite effiicient at swallowing their prey whole! If these were the size of say, a dog or a wolf we would be VERY afraid of them!

I've always loved the name of this nudibranch. It has a nice ring to it! 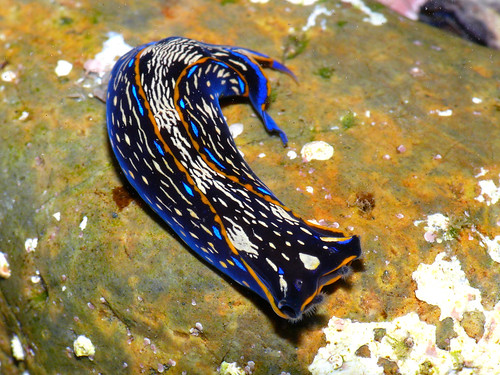 and this one, attacking and  COMPLETELY SWALLOWING the sea hare, Aplysia sp.
In the tropical Indo-Pacific, there is another formidable predator, those slugs in the genus Gymnodoris, which as we'll see feed not only on other sea slugs but have progressed up to vertebrates as food!

Red Bumpy Gymnodoris eats another nudibranch from liquidguru on Vimeo. 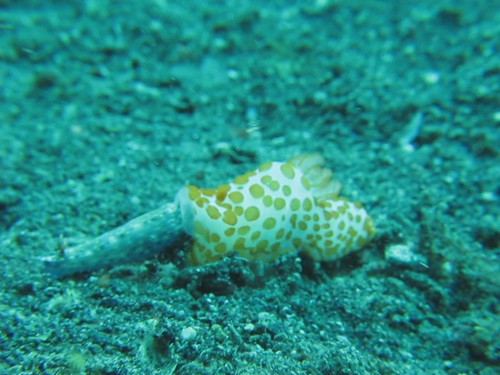 1. SLUG EAT FISH!
This really WAS the most amazing thing to discover. It turns out there's a dorid nudibranch called Gymnodoris nigricolor (name translates into the "black Gymnodoris) which attacks and EATS the FINS of certain FISH!

These slugs basically crawl onto a goby and begin to eat their way down a fin spine, gnawing off the meat on the fin. Some have called this behavior parasitc but I think of it as more predatory. I suppose its really kind of both.

My friends over at BlennyWatcher have a nice little account of this with links, etc. here. I've included a VIDEO of this behavior at the bottom! 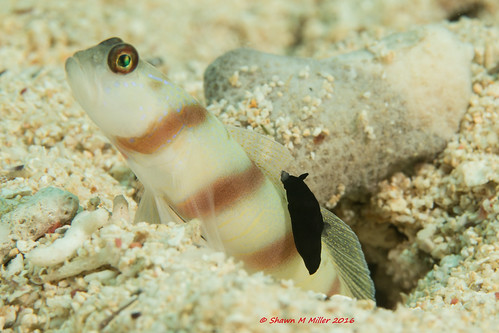 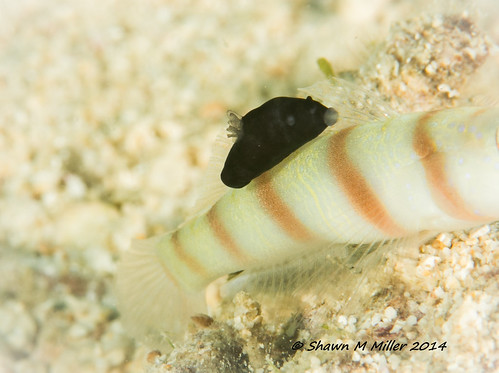 what an amazing post! thank you so much! Just to say the 'lovely aeolid feeding on a hydroid' is Bornella anguilla, one of my favourites... and that the reason Elysia can photosynthesize is because it maintains the chloroplasts from the algae it eats and they continue to produce sugars for the sea slug... so.. klepto-somthing! Some of them don't have to eat after they have taken in enough chloroplasts... and then there are the nudi egg-eating nudis eg Favorinus.. some of which so perfectly absorb their food that apparently they don't have anuses... But you probably know all this anyway.
LOVED the Corambe post and as for Kalinga! Now I want to go dive Japan!