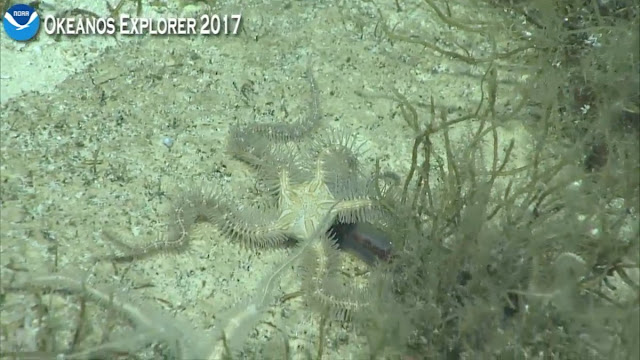 This Saturday we were witness to one of the most AMAZING echinoderm related ecology/natural history moments that I've seen in awhile!

The Okeanos Explorer was surveying Jarvis Island in the central Pacific at a depth of about 400 to 500 m. They were watching a tiny squid swimming through a thicket of deep-sea "bushes" composed of hydroids and worm tubes, covered by many, MANY animals including brittle stars!

Most times we see brittle stars, they have their arms up in the water, presumably filter feeding... Brittle stars are frequently numerous as I've written about here.

The tiny squid (apparently in the genus Abralia (as identified by Mike Vecchione at NMFS) was moving along its merry way..when suddenly.... (at 0:25 to 0:30) the tiny squid is knocked around and then CAUGHT by the arm of one of the ophiothricid brittle stars!!!


As indicated by the Biology Co-lead Dr. Scott France "Did that really happen?"

Here it is again blow by blow...

Spines in these brittle stars is sharp and often with jagged edges..so capturing something soft-bodied isn't TOO surprising.. 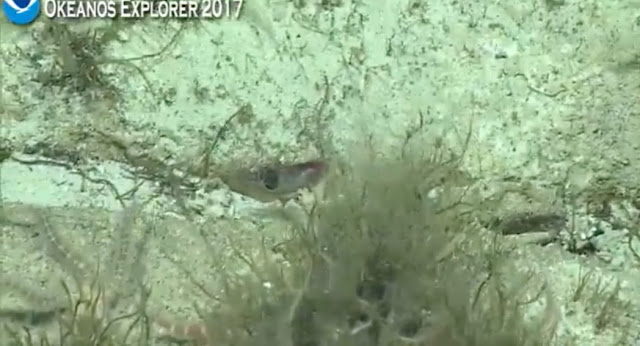 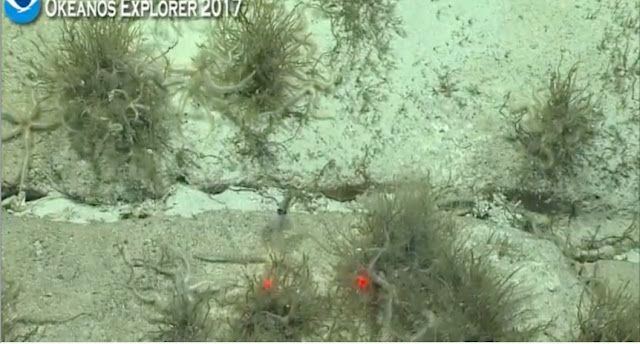 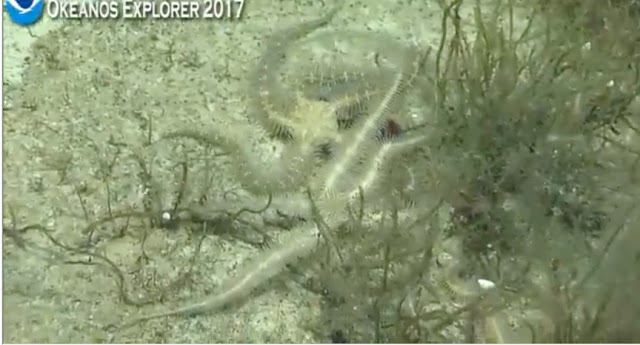 WHAT?? Brittle Stars feeding on swimming prey? THAT'S CRAZY! but, its happened before...

Yes! Most of us don't think of sea stars OR brittle stars as capturing fast moving or SWIMMING prey!  Strangely enough, THIS WAS CAUGHT ONCE BEFORE!!

Once, back in 1996 at the San Francisco International Echinoderm Conference Dr. Steve Stancyk and C. Muir at the University of South Carolina and Dr. Toshihiko Fujita of the National Science Museum in Tokyo presented some fascinating data showing the very abundant deep-sea brittle star Ophiura sarsi capturing and then swarming over and DEVOURING fish and shrimp as they got too close to the abundant carpets of brittle stars on the deep-sea bottom!!!  Here was my blog post about back in 2008!

I remember seeing the presentation of this talk at San Francisco State University. The room was Standing Room ONLY! EVERYONE had to see the famous video of the brittle stars capturing swimming prey!! 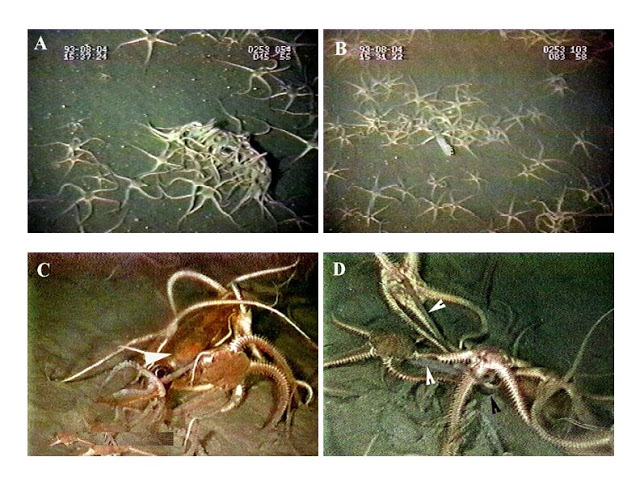 BUT ! Dr. Stancyk has graciously NOW permitted his VIDEO of this event to be put up on Youtube making it AVAILABLE FOR THE FIRST TIME!!Basically... at about 4:48, a myctophid fish (and later a squid) gets too close to the "brittle star carpet", gets caught in a loop by the arm, gets DRAGGED down and then overcome by DOZENS of brittle stars!!!

Perhaps the most...striking part of this and the Okeanos Explorer video is how.. BRUTAL the brittle stars are when finally tearing apart their prey. Ophiura sarsi was literally rending those fish and squid apart!

Similarly.. the ophiothricids seen by the Okeanos were carrying off their tiny squid prey..likely to be devoured by many, brittle stars which collaborated in the capture... Ophiuroids have teeth! and presumably DO use them on food! 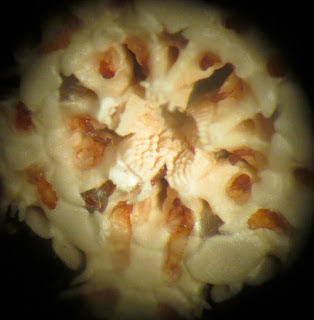 What will Okeanos Explorer see next??
Posted by ChrisM at 10:37 AM