Identifying Deep-Sea Images: What is a Good Photo for ID?

...and pt. 2 of coverage of the Deep-Sea Image Taxonomy Workshop at MBARI! 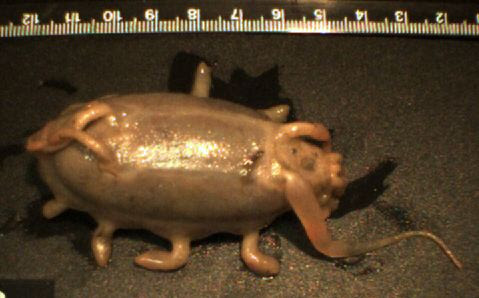 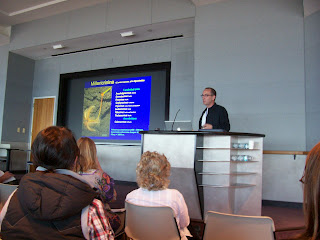 Followed by myself, and then Dave Pawson, Curator of Echinoderms at the Smithsonian NMNH on deep-sea sea cucumbers... 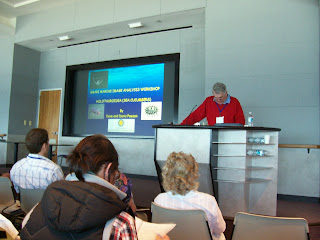 and finally, echinoderm talks were concluded by Rich Mooi, Curator of Echinoderms at the California Academy of Sciences who talked about deep-sea sea urchins. 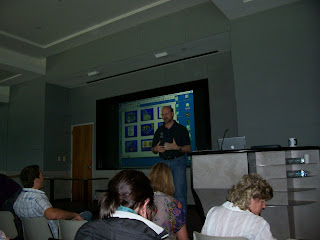 Many more invertebrate talks on how to ID deep-sea invertebrates from pictures followed! A list of these can be found here.. I observed substantial crowds around each taxonomic specialist..all from scientists, image managers, and students who wanted the hi-in-demand specialists to help with ID of their images.

As we wrapped up the workshop on Wed...I observed several broad statements from the conference:

What Have We Learned?
1. It is better to be accurate than wrong. It is possible to ID animals from pictures!!
Maybe you can't get any farther then "Asteroidea" from a "bad" fuzzy pictures like this one 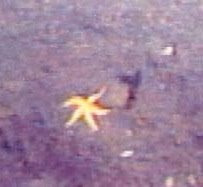 But even if you have a sharp, highly detailed pictures like this one 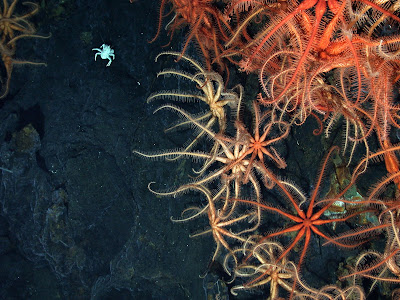 Can you ID species from this? Genus? Family? How many features allow you to do this? Most of the speakers agreed that species were usually not possible unless it was monotypic and the animal in question was both well-known and very distinctive. Better to stay with the most conservative name you can get vs. trying to guess or estimate a name that might be misleading or actually delay its identification.


2. A specimen is need for a proper, accurate identification. Pictures are sometimes ALL that you have, but to get an ID for anything important you often need to examine the fine microstructure to distinguish it from other known species.

These deep-sea "sea pig" elasiopod cucumbers (Scotoplanes globosa) for example are distinguished based on microscopic calcium carbonate bits called "sclerites" that are in the body wall. These sclerites need to be extracted and prepared in order to tell what species they are.

3. Don't assume that what you're seeing is known. This was another recurrent theme. A great many new species were observed/discovered from video as well as a many behavioral and other fundamental facts about certain species that the taxonomists who worked on the animals had never seen before. Don't just assume that what you've got has been well-known..cause, in most cases, it probably isn't.

In many instances, deep-sea video has often caught the very FIRST time that organism has ever been seen, much less, seen alive.

Overheard...
Finally...On the lighter side, there were many AWESOME anecdotal scientific insights made during the conference (and provided by various sources). Names lost to protect the innocent...
I wish to thank Nancy Jacobson-Stout, Linda Kuhnz, Lonny Lundsten at MBARI and support from Malcolm Clark and Mireille Consalvey of CENSEAM for their support of the conference and for making the workshop a smashing success!!

Next week...Back to our regular Echinoderm Insanity!
Posted by ChrisM at 9:04 AM