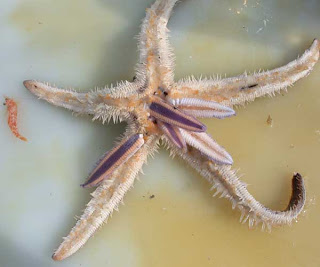 How do Starfish EAT??? And why am I suddenly writing about this????  The other day, an educated but non-professional person wrote something to me that said "All starfish eat mussels".

This was followed by me doing this:

Okay..so let me say this again. NOT ALL STARFISH EAT MOLLUSKS!!

There seems that YEARS of biology and zoology textbooks using the common nearshore asteriid starfish Asterias and Pisaster and their kin as models of the "common" starfish have led to assumptions and misconceptions about their feeding mode as the basis for ALL starfish. 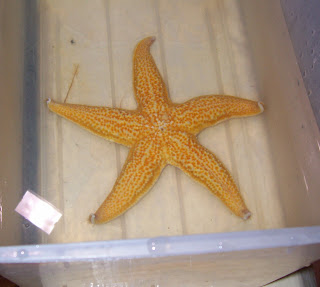 STARFISH DO NOT FEED ALIKE. There is a HUGE diversity of feeding modes among asteroids.
Let's survey some diversity and break some overgeneralizations shall we???

1.  SOME Starfish DON'T use a stomach to feed!

Paxillosidans: including "sand stars" such as Astropecten and/or Luidia will usually SWALLOW their prey whole.

Sometimes they eat OTHER starfish!

Above we have an Atlantic Luidia feeding on a much less fortunate Astropecten. Note that there is NO STOMACH extruded. The prey is simply being EATEN ALIVE and swallowed into the mouth!

Sometimes they overdo it (here to see more of this)....here is Luidia superba having just gouged itself on a sand dolar... 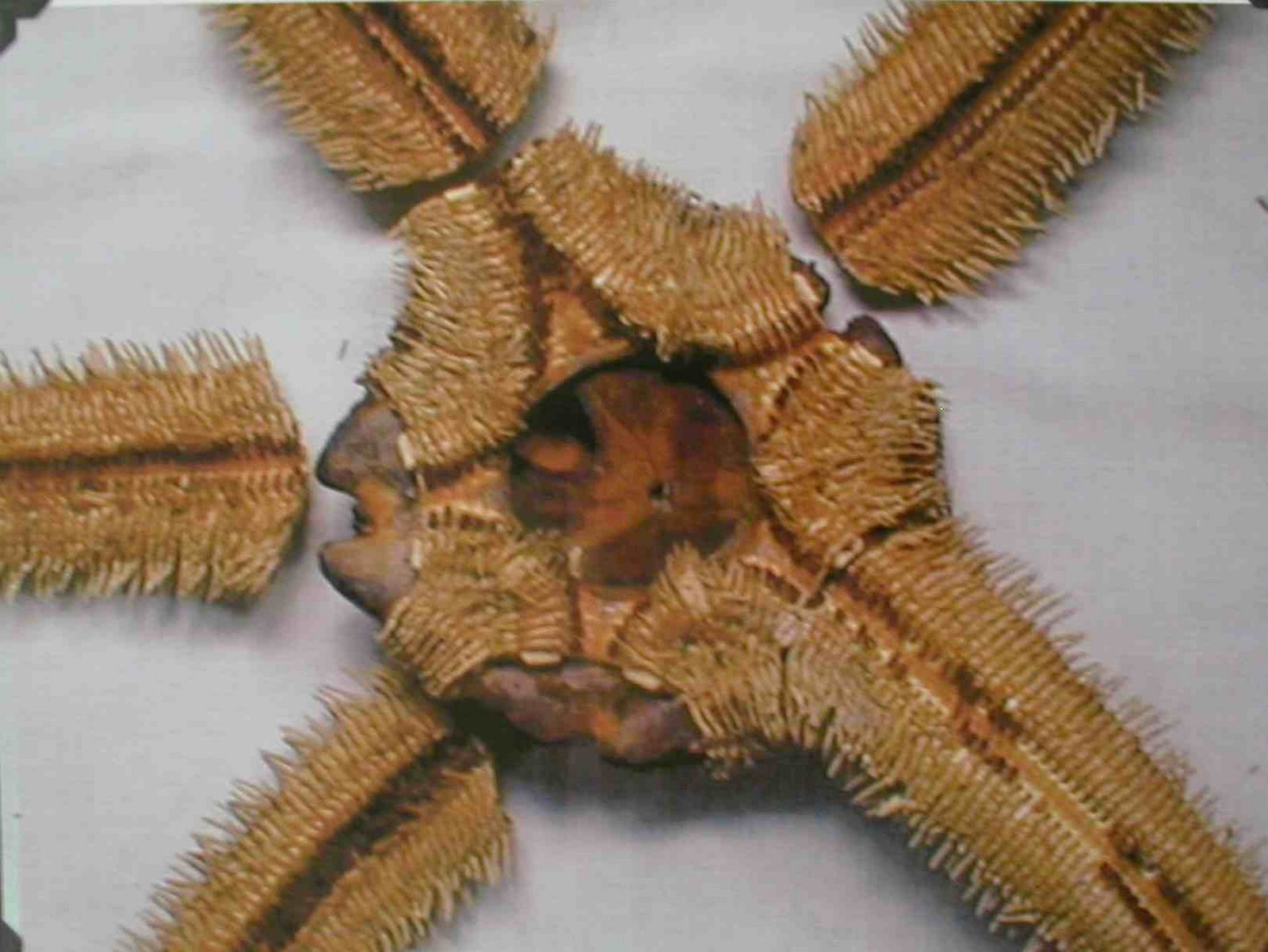 ...and others SWALLOW mud and the foodish bits that are found in deep-sea mud and sediment! No eversible stomachs here. 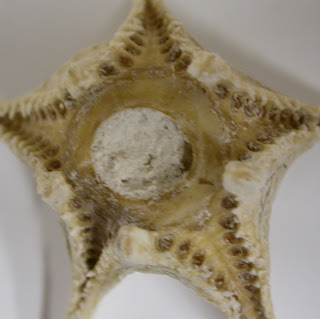 Many deep-sea (these live at 3000+m !!) porcellanasterid "mud stars" are collected with their guts FILLED with mud.

To the point that the animals are literally BALLS of mud surrounded by starfish stuff!! The thickness you see in this deep-sea Styracaster sp?? ALL MUD!!! 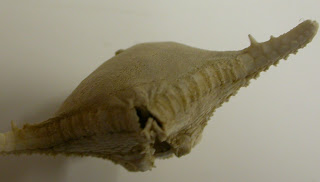 2.  And then, we get to those starfish that DO feed using their extendable stomachs!

Many, such as the tropical sea star Protoreaster gain most of their nutrition from microalgae and don't really feed much on meaty bits (which is probably why they don't live long if you feed them clam meat) 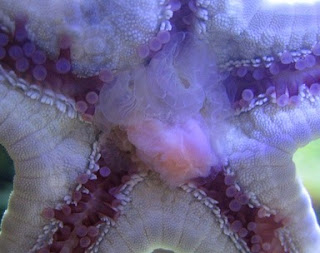 and this Patiria miniata extend their stomachs in order to feed on small microalgae or opportunistically ANY small food they can roll their stomach over and eat!! Usually starfish species that feed in this way can also feed on encrusting animals like sponges, bryozoans, and etc... 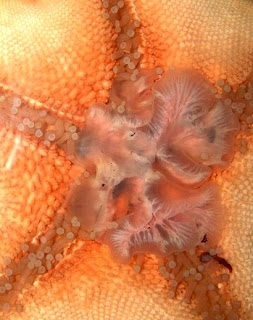 If I could make ANY generalization about starfish feeding, it is that many species are OMNIVOROUS. That is, they can feed on just about anything slower then them..algae, encrusting invertebrates, etc. But really, they don't always feed on other moving animals

...and finally we get to the starfish that FEED on bivalve mollusks. Many of these are taxa that are restricted to the ASTERIIDAE. and EVEN these starfish don't always feed on bivalves...sometimes its snails or what have you... To be honest, there's a fair number of asteriid species that feed this way..but 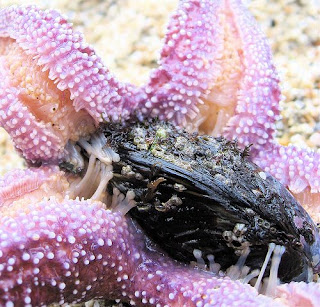 So, what ELSE do starfish EAT (i.e., prey on vs. just opportunistically feed on)? (this is just a survey of prey items..and NOT a complete listing!)

(from the Sea Slug Forum)
Other starfish! Here is the notorious starfish "cannibal" Solaster dawsoni feeding on Hippasteria spinosa. 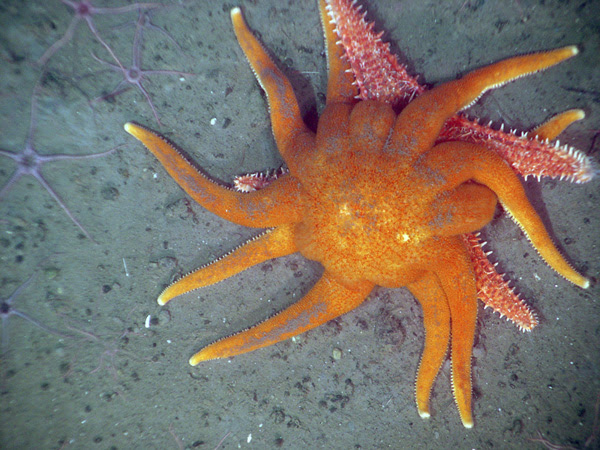 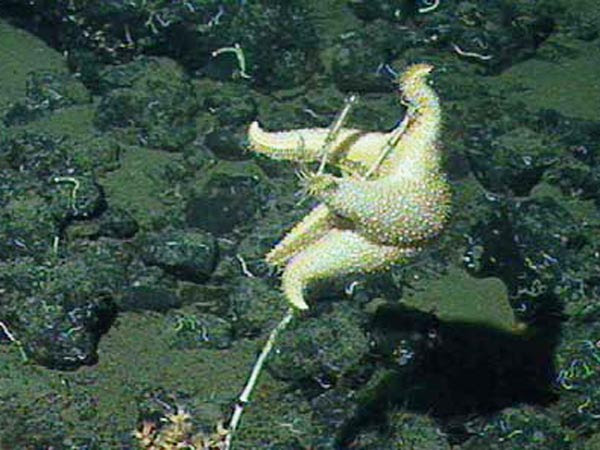 (from the NOAA Ocean Explorer page)
and shallow-water coral! (the crown-of-thorns Acanthaster planci on "stony" corals)


From here we go onto STARFISH THAT Can Capture MOBILE (Swimming)  FOOD!!!
Posted by ChrisM at 6:48 PM

It would be nice if you changed the color so people like me who are color blind/defitiate can read the writing. Pictures were great but that's all I could see

Changed to orange.. hope that helps..

How do the starfish with no stomachs (just hold their prey inside) digest their prey? And, if the hole does not close, couldn't the prey break free?

Sea stars without an eversible stomach simply swallow their prey whole. Usually their prey is small enough that they are simply digested while inside the disk. Most sea stars don't typically go after very active food, usually animals that they can catch. But indeed, it is possible that the food could escape. I don't know, however, how many prey items escape from their predators. But given how much food some of these stars can swallow (and how small their prey usually is) there is likely more than enough food to keep the starfish fed for awhile..

I'm at Tangalooma, on Moreton Bay, Qld, Australia. I think the starfish we commonly see washed up on the beach is the pentaceraster regulus. What do they eat? Would you like a photo?

What a fun and interesting article! I am linking to this page in a scheduled blog post (www.divebelle.com) where I refer to a video with a Bahama sea star in it from the Blue Heron Bridge. I am happy to have read your material (the photos are great, too). I think every time I take a dive trip out I get a question that I don't immediately know the answer to - a few months ago, it was about how starfish eat. I'd read about the extruding stomach but I didn't realize there was such a huge variance across the different species. Thanks for posting!