Coelopleurus! The most gorgeous urchin you never heard of! 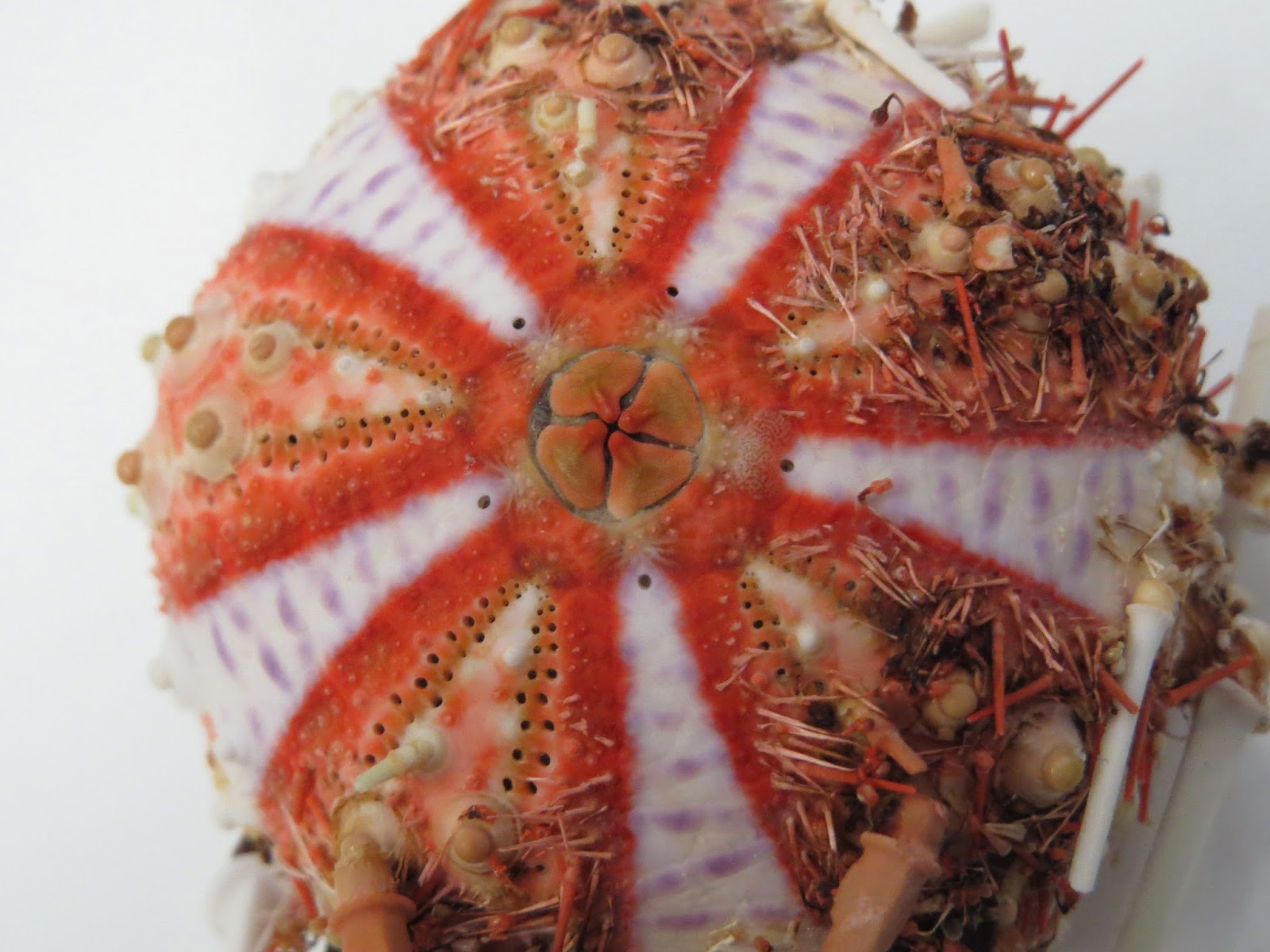 This week, I thought I'd share some gorgeous sea urchin love! Behold Coelopleurus!

What's that? You've never HEARD of Coelopleurus??  Well, that's about right, I suppose. Its a distinctive looking enough species but it lives in slightly deeper water than is typical for most casual SCUBA divers or vacationing snorkelers..
Described by Louis Agassiz in 1840, Coelopleurus is a genus in the family Arbaciidae. There are about 14 known species. Eleven living species and four fossils.

Coelopleurus is a deep-sea urchin, but on the shallow side, about 75 to 500 meters. They occur primarily in the tropics, but across the Atlantic, Pacific and Indian Oceans.

Biology of these animals is poorly known.

Based on one study on the gut contents of the Atlantic species Coelopleurus floridanus, we know that it is a possible predator of the octocoral Telesto, as well as bryozoans, worm tubes and sediment.  The octocoral Telesto looks like this and occurs in pretty shallow water. Learn more about it here.

It is also kind of unusual because it is one of the few sea urchins that displays secondary sex characteristics.. i.e., you can tell the females from the males when the males are spawning.

You see that structure that the red arrows are pointing to?? 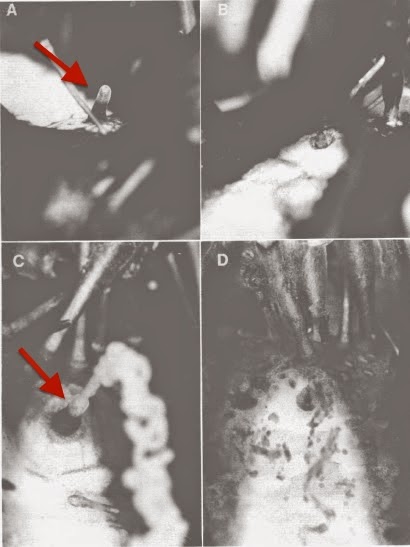 Coelopleurus is unusual because it has these big, long curved spines BUT they are brilliantly colored in red and white!
But even MORE than that?? The tests (i.e., the skeletons) are brightly colored with these very striking patterns that seem to be rather variable..

Here is the test of Coelopleurus floridanus... 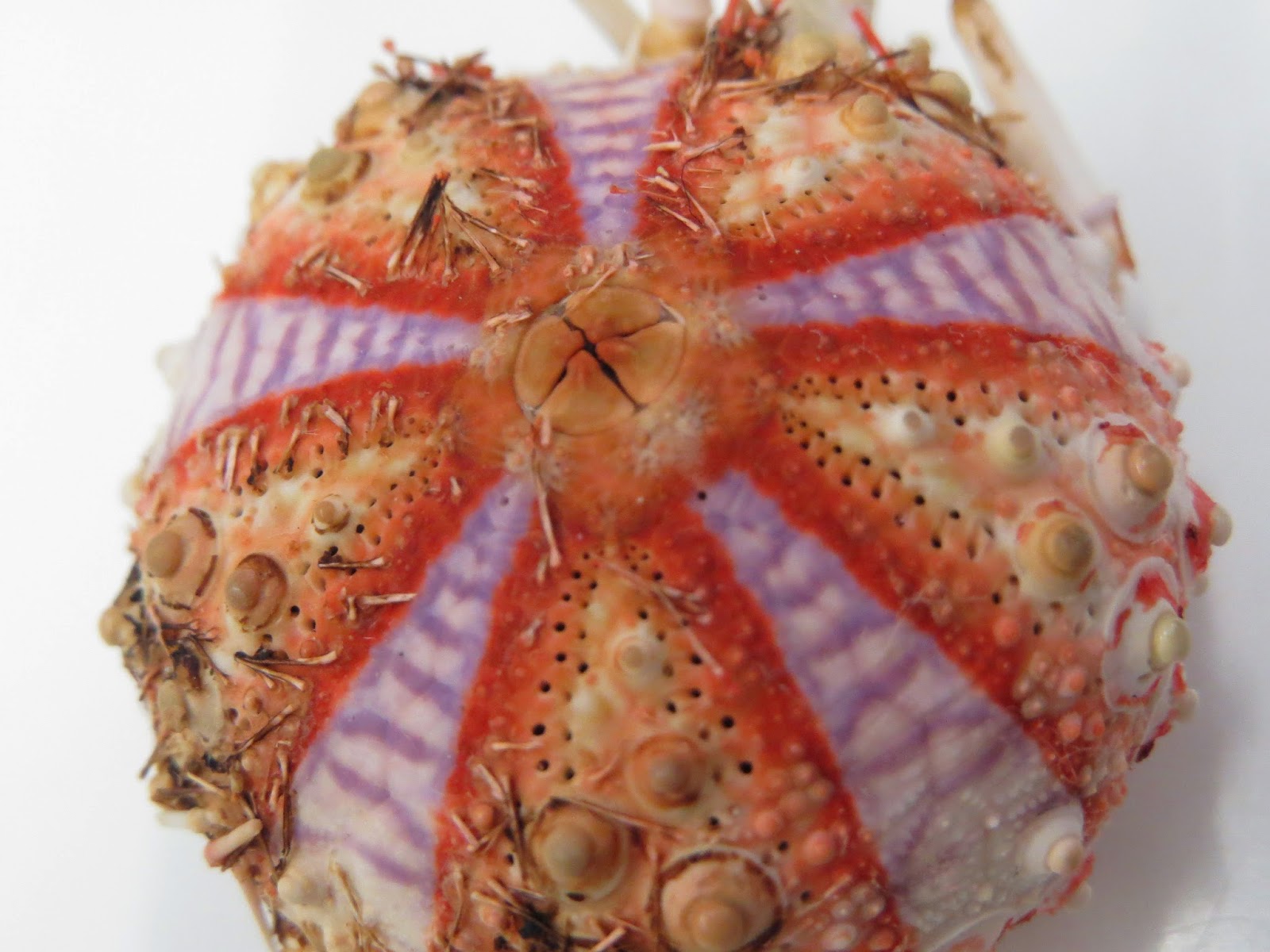 But here's one that is considered the SAME species but a LARGER specimen.... Honestly.. it wasn't clear to me how important the patterns were to identifying each species.

The colors and patterns are embedded in the skeleton. So, if you drop them in a preservative like alcohol, the reds and purples, and etc. don't go away. They remain after death. 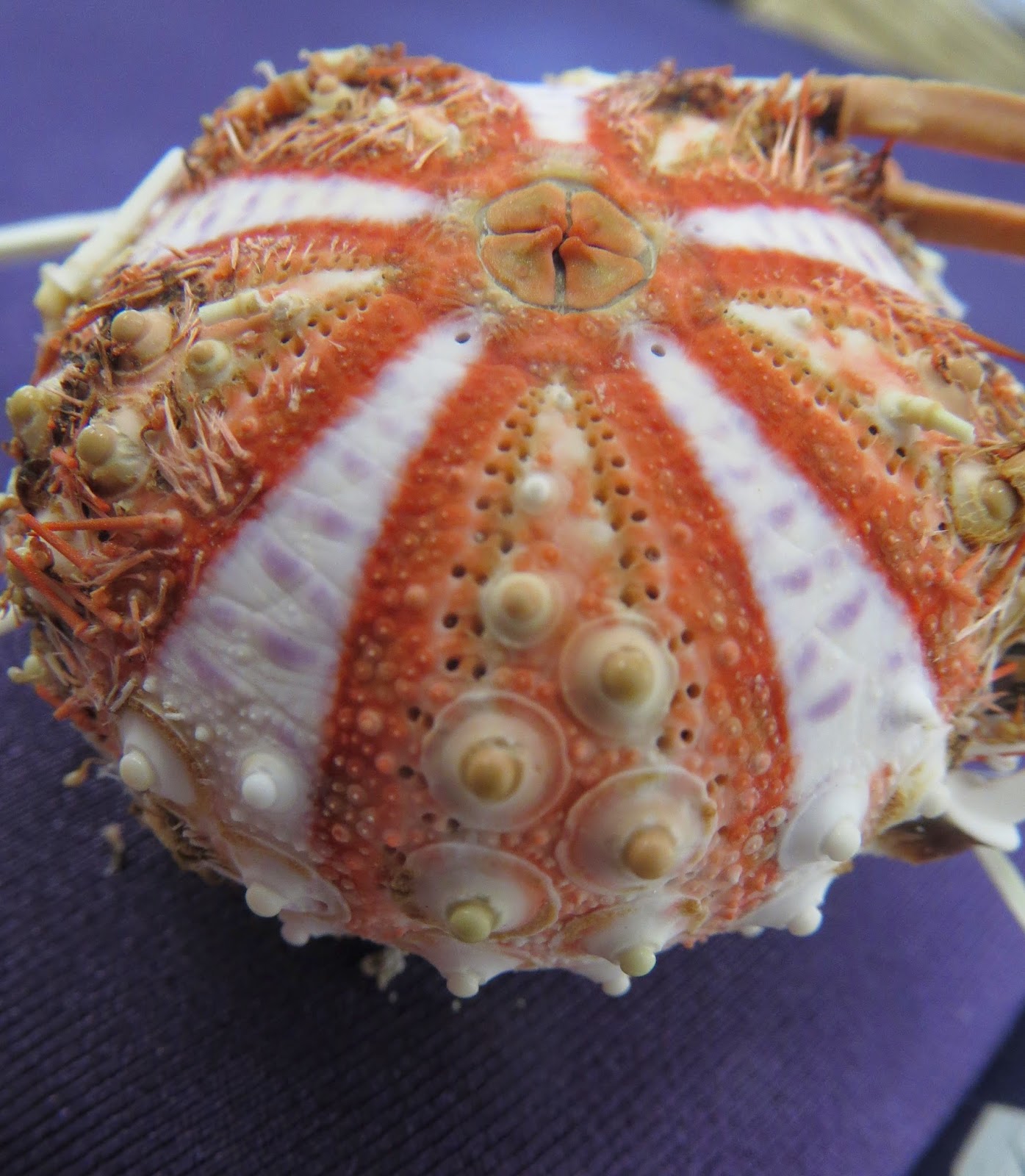 Gorgeous and amazing.
Here is the most recently described species, Coelopleurus exquisitus which had the distinction of being described, in part from specimens purchased from the online auction house Ebay in 2006.

Here again, is the very distinctive and unusual color pattern observed in this species...


But wait! Coelopleurus also occurs in the fossil record!!  Here's Coelopleurus coronaformis from the Cenozoic of Mexico (< 66 million years ago) so pretty recent..

Here's Coelopleurus coronalis from the Eocene of Barcelona, Spain...
Posted by ChrisM at 5:01 AM

thanks for the kind words! always glad to see the work is appreciated!

thks for sharing this beauty. I love the design of arbaciidae and especially those of Coelopleurus and fossil Murravechinus.
Very nice work,
Eric

Hi Chris! Thanks for sharing our photos of the Ceolopleuris coronaformis holotype specimen on your wonderful blog!