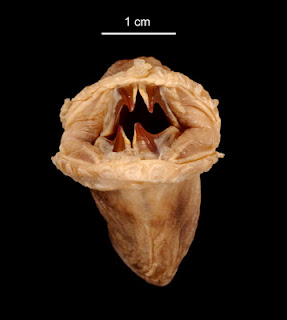 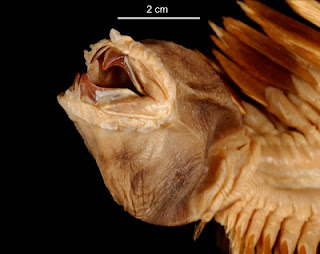 Following International Polychaete Day (July 1, here),  I found there was quite a bit of neat stuff worth sharing, which led to more and some more.. and so a second polychaete post in July! woo!

So, many of the polychaete worms have some pretty impressive jaws! Many are raptorial predators such as everyone's favorite eunicid-the Bobbit worm But many are just as easily omnivores or scavengers. 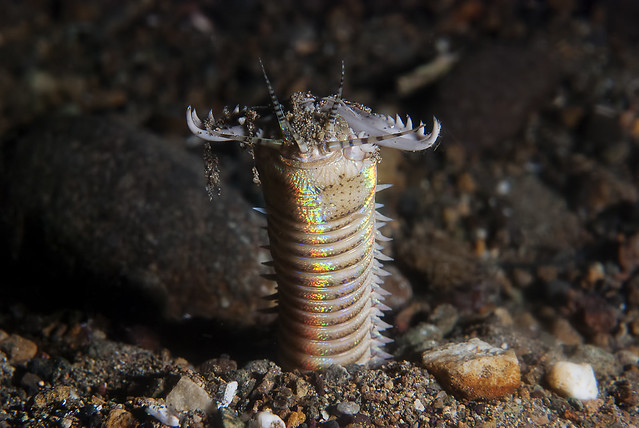 Honestly, I'm not sure which species are known for specific habits. As we'll see even having an eversible pharynx does not seem to be immediately associated with predation. Although the "fast strike"/raptorial approach seems likely..

Here's a nice one with 4 jaws! Pharynx of Lepidonotus squamatus, which is a scale worm (Family Polynoidae) 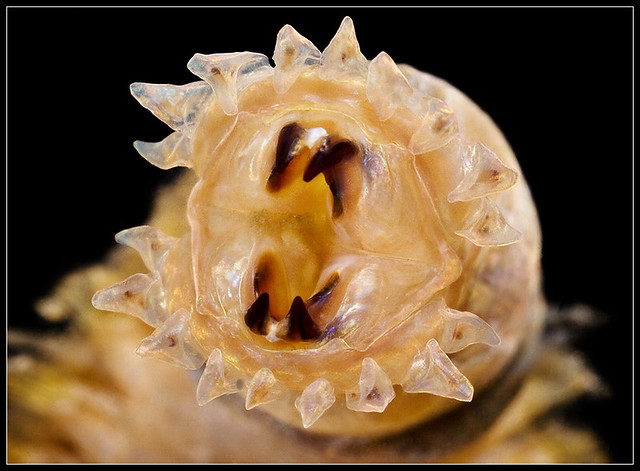 Here is an SEM of another scale worm, but from a hydrothermal vent habitat.. 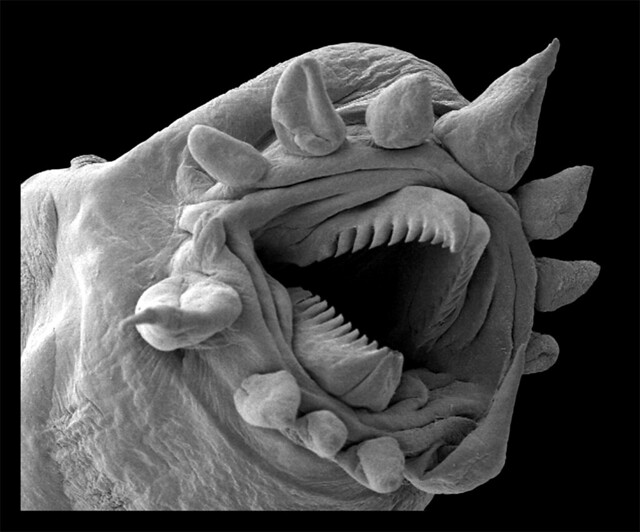 Not sure which kind of polychaete this is from, but I'm going to guess that its from something similar to the above scale worms.. 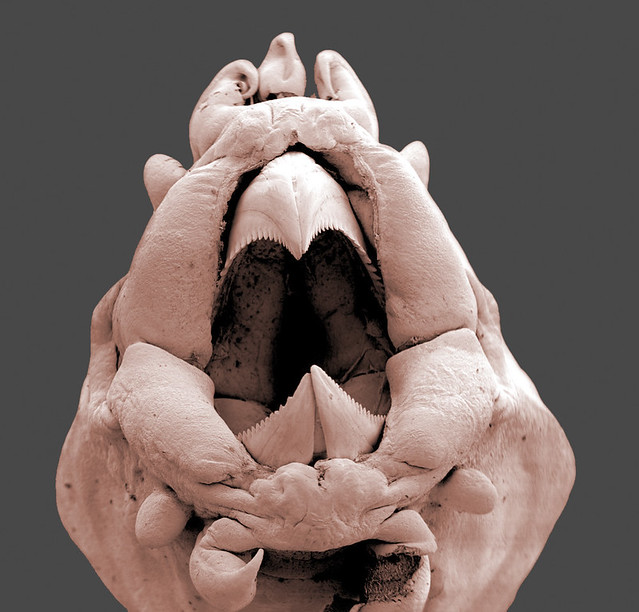 And of course, the giant Antarctic Eulagisca gigantea, which I briefly featured here. Honestly, I'm not sure its positively known whether this is predatory or not, but it sure does seem to be... 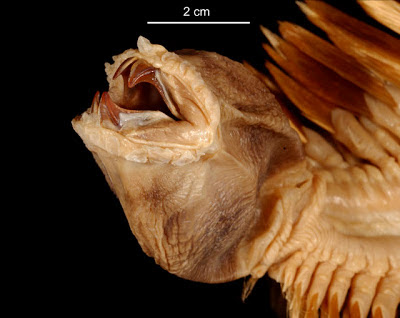 So, here: let's look at some other polychaete worms that seem to have the apparatus for predation!The eversible pharynx for example, seems to be used for grabbing hapless worm food! Lets take a look at a nice video of one in this green paddleworm,  Phyllodoce lamelligera

Here's a pretty incredible video showing the green worm with an INCREDIBLY extended proboscis trying to devour the red polychaete next to it.. Yow.

These two both identify the subjects as Glycera, which I'm not 100% sure of, but it does look like they both show off that impressive polychaete proboscis!

Here is the extended proboscis of a swimming (pelagic) alciopid worm, which uses its proboscis in the same fashion, to catch itself some dinner... 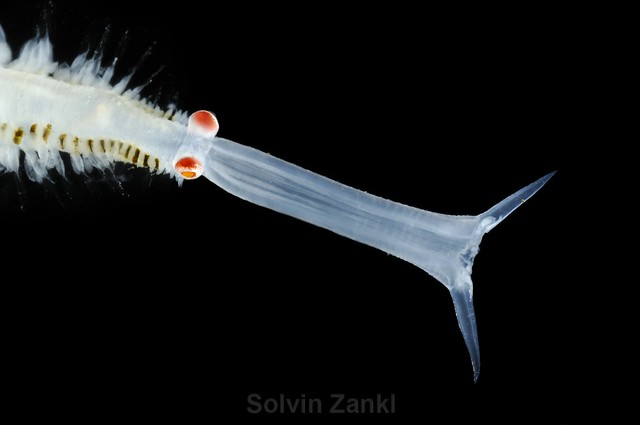 Here is a nice phyllodocid worm with its proboscis extended.. 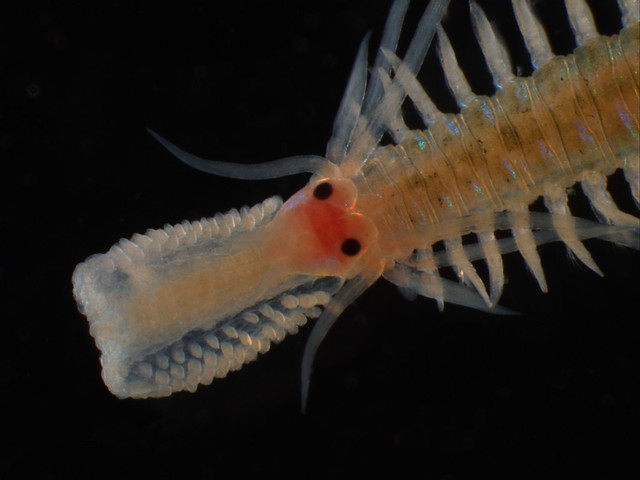 And here's a very formidible looking one from Nephtys sp. 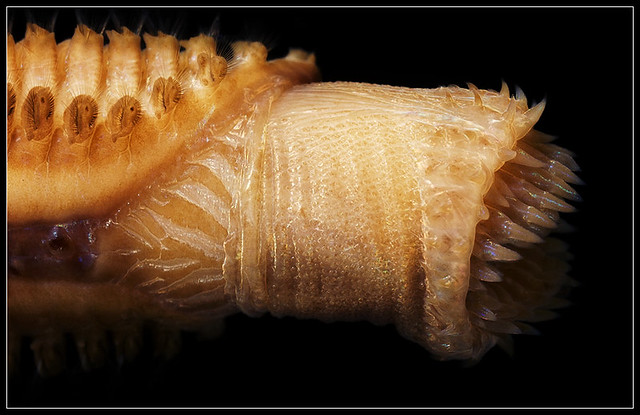 Another extended proboscis in a nereid worm from French Polynesia.. 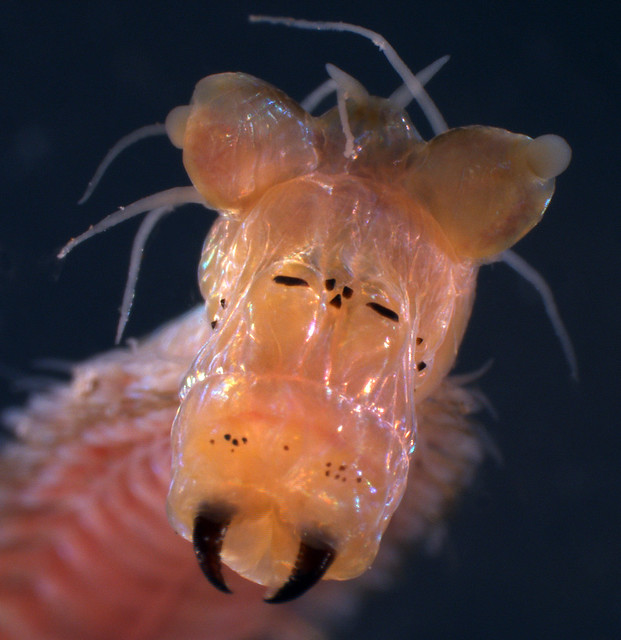 and of course.. the Bobbit worm, Eunice sp. with its big spring loaded jaws!!  Some of these Bobbit Worm macro shots are so tight, its practically like one staring you in the face!

By now, I'm sure EVERYONE has seen Bobbit Worm predation. But if not, and you want to learn more about Bobbit worm taxonomy, Go here 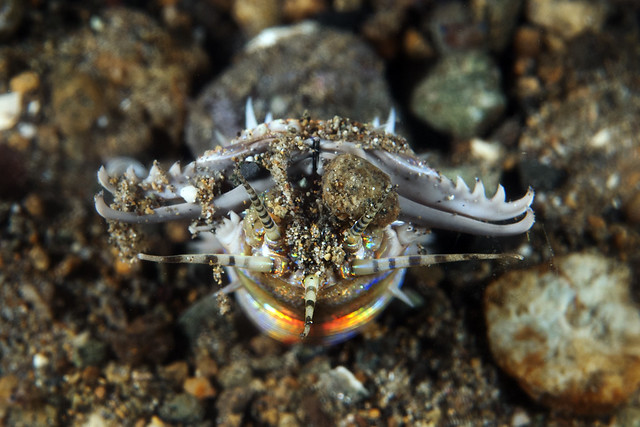 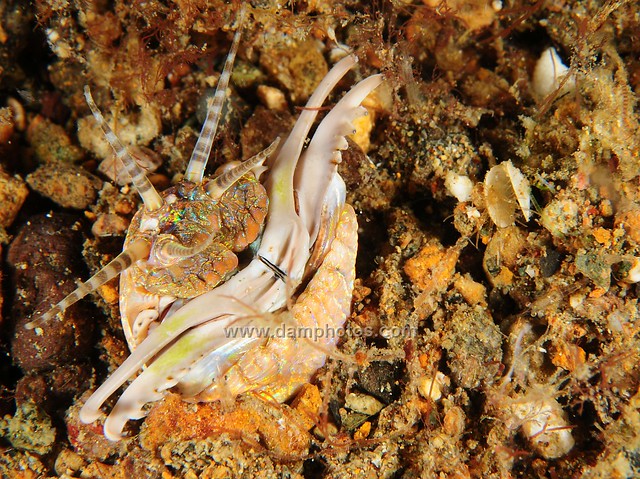 ON the other hand, here is an eversible proboscis in a lugworm, Arenicola proboscis, which is a deposit feeder


and to cover the full gamut, this video shows the proboscis in what looks to be some scavenging. I do not vouch for the identifications..