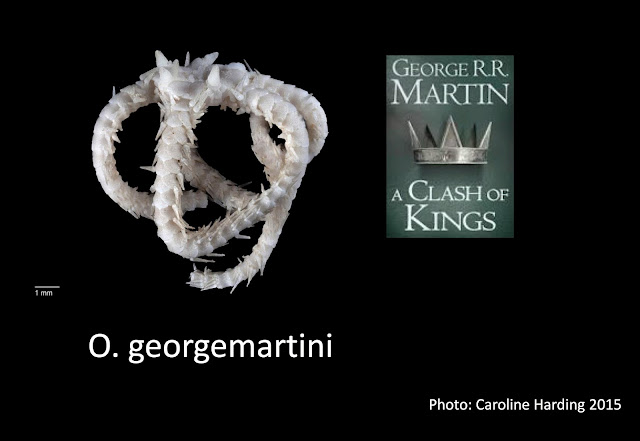 As many of you picked up on last week, I've been busy working on starfish at Museum Victoria in Melbourne working with my colleague Dr. Tim O'Hara, one of the world's leading authorities on ophiuroids! aka the brittle stars and basket stars!

While talking to Dr. O'Hara he informed me of of some neat, NEW SPECIES he's described from the deep-sea habitats of the South Pacific New Caledonia in late 2015! These were just too neat to pass up a post on!

I've reported in earlier posts (here) about working with Dr. O'Hara on echinoderms in the Paris collections!


As Dr. O'Hara tells the story, he was once called upon to aid a ship's engineer during his attempted crossing of the Bass Strait on the yacht Irene. A similar looking impeller failed the yacht's engine thus indelibly impressing its shape onto his mind's eye!

Fast forward many years.. and Dr. O'Hara is describing this new amphiurid brittle star from the deeps of New Caledonia.

The large shields on the disk trigger a memory that reminds him of the impeller's shape! and voila!
Enter: Ophiodaphne impellera 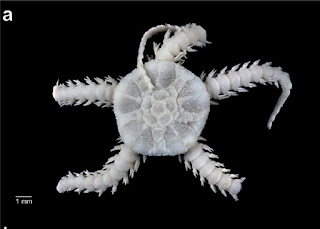 2. The Game of Thrones Brittle Star: Ophiohamus georgemartini!!
Probably the most STRIKINGLY amazing brittle star Dr. O'Hara described was this one, a new species in the genus Ophiohamus (family Ophiacanthidae), collected from a depth of 275 meters off New Caledonia!

Here's a nice shot of it holding onto this sponge stalk... Note that its most striking feature? Those big crazy spines that are coming off the disk! 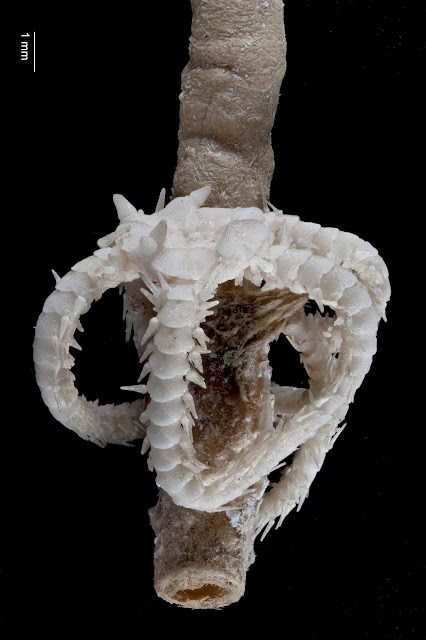 If we take a closer look at those big thorny spines coming off the disk... 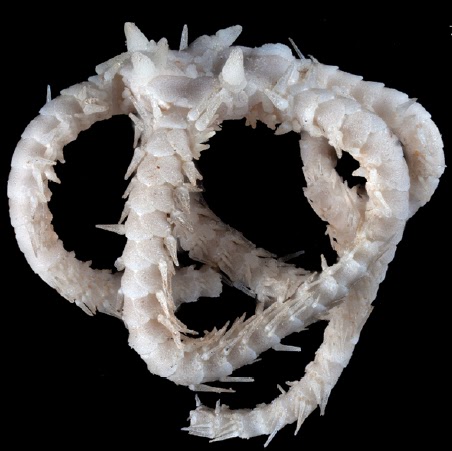 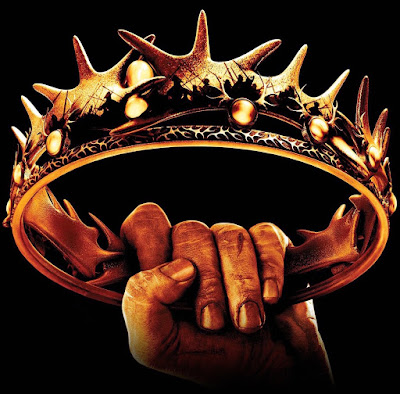 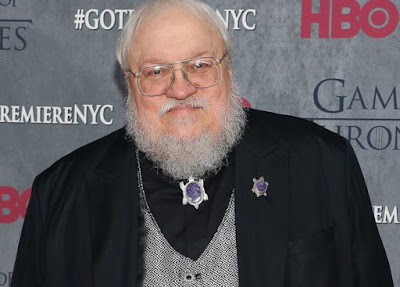 3. Ophionereis sykesi (family Amphiuridae) in honor of his wife who as Tim O' Hara put it "has had to put up with him rummaging around the world's museum collections for years"

An animal with a gorgeous disk plate field which I'm sure is a fitting honor for the Mrs! 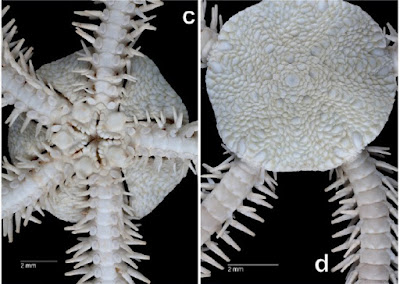 4. And finally, Amphipholis linopneusti, described by Dr. Sabine Stohr in 2001.

NOT a new species but an interesting one from the New Caledonia region in that its one of the few echinoderms that I know of which is actually sexually dimorphic!  That means there are actually ways of determining males from females using external characters!

The lowermost basal arm spines of males are enlarged, sometimes flattened and hour-glass-shaped, whereas on the females they are cylindrical with a blunt rounded apex.  Its a subtle difference to be sure but it exists, which is more you can say for a lot of echinoderms! 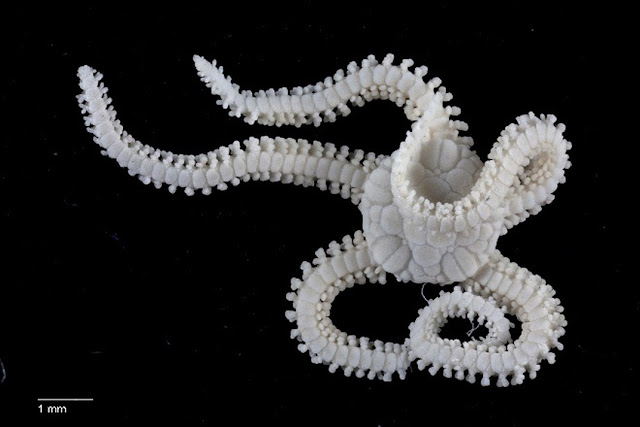