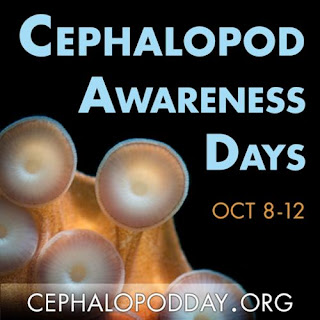 So, every once in awhile, I decide to go off-topic and do something weird to break up the monotony and WHAT better way to do that than to go off and dabble with cephalopods for awhile!

I did this last year and showed some weird artsy pics from a friend who did some cool Japanese-monster inspired art!

I've done similar posts where I show how invertebrates have inspired pop culture. Here is the one I did for starfish awhile back..

It seemed like THIS year, it might be fun to actually show what some of the characters from Japanese pop culture (movies, TV and toys!  actually LOOK like!  (esp. with Halloween just a few weeks away)

Here's a neat slide show of various posters and screen shots from the movie...

from the people who broughtyou Godzilla!  Gezora shows up at 0:50

THE CALAMARI WRESTLER!
This movie came out in 2004. Its about uh...well, a wrestler who becomes a giant squid!  One great part of this flick?  In the end he goes toe to toe with ANOTHER giant invertebrate! (no spoilers though!)

There's a long history of super heroes on TV in Japan-you've probably heard of characters such as Ultraman or the Power Rangers but one of the more popular, but less well-known in the US (unless you live in Hawaii) are franchises such as Masked (or Kamen) Rider.

Almost all of these shows were serialized and went from week to week with a monster every episode.

What happens when you have to create a monster for your hero to fight every week?? You come up with a creative theme that's what!  Here are just a few of the ones I'm fond of!


SQUIDFIRE!  This lovely fellow is from the show Kamen Rider V3! And you guessed it he is a cyborg squid with.... A flamethrower!! 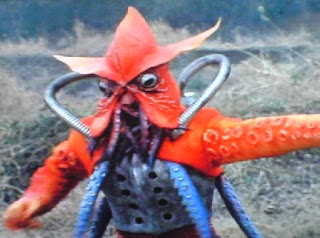 A neat monster whose particular distinction was that the ammonite (serving as the monster's head) was kicked OFF his body early in the episode, leaving the rest of him wandering around and chasing after it!

The disembodied ammonite, in the meantime befriended a small child and learned the meaning of kindness. I don't make this stuff up! 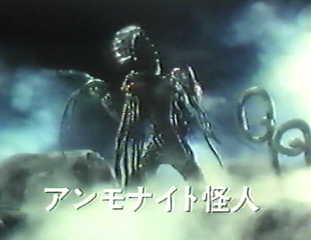 The fearsome IKADEVIL (aka theDEVIL SQUID)! (from Kamen Rider) 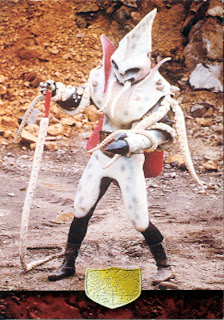 And this neat SQUID KAIJIN from Kamen Rider Black!
From Ultraman 80 the gigantic octopus monster DARRON! Ya' just gotta love how they work the tentacles over the legs in all of these costumes.. 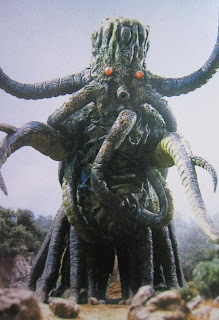 The big bad GATANAZOA from Ultraman Tiga! Kind of a hybrid between a crab and an ammonite.. 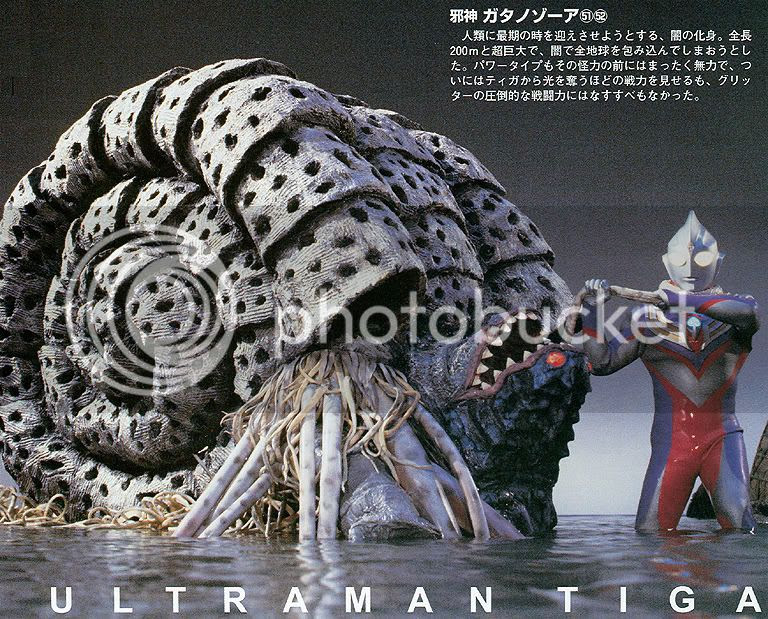 There are undoubtedly more! And one of these days..maybe I'll follow up...

CEPHALOPOD TOYS!
What I love about the Japanese culture is just how serious they take their collectibles and toys. Great care is given to items in a way that is seen nowhere else in the world..

For example, here is an ammonite "candy toy"-an item that usually accompanies a piece of chocolate or some other item (kind of the way a baseball card used to accompany chewing gum).

There is a series of these items that one collects and people sometimes hundreds of dollars to chase down a complete set of these...(the other items are mostly dinosaurs and other giant marine reptiles)

This represents an actual species of coiled shell ammonite-but not sure off the top of my head, which one it is.. 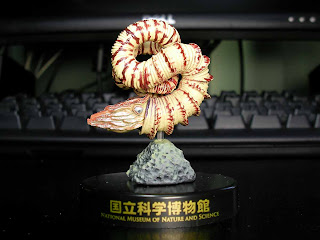 Here is a Lego ammonite that I found how to construct here. 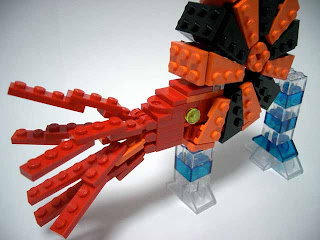 And where would we be without a transforming robot?? This one is a bit of cheat since I think this might be something easily available in the US..   But its from Beast Wars: Transformers-and is called "Neo Dead End"
It goes from this... 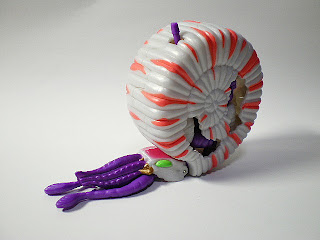 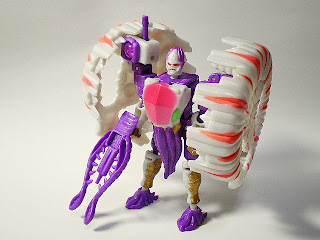 Its great to see how cephalopods- and not just living ones-but fossils have worked their way into international pop culture!  (now let's just hope that people who see these things figure out what inspired them!)
Posted by ChrisM at 11:00 PM

The figurine looks like some kind of Nipponites, of the heteromorph ammonites. Gorgeous!

NEAT! thanks for the name!