Astrosarkus idipi A species I described is now a toy! Pt. 2

Earlier this year, I discovered that a Japanese company had decided to make a toy out of a species I described in 2004!

Well, today the one I ordered finally arrived and BEHOLD!!! 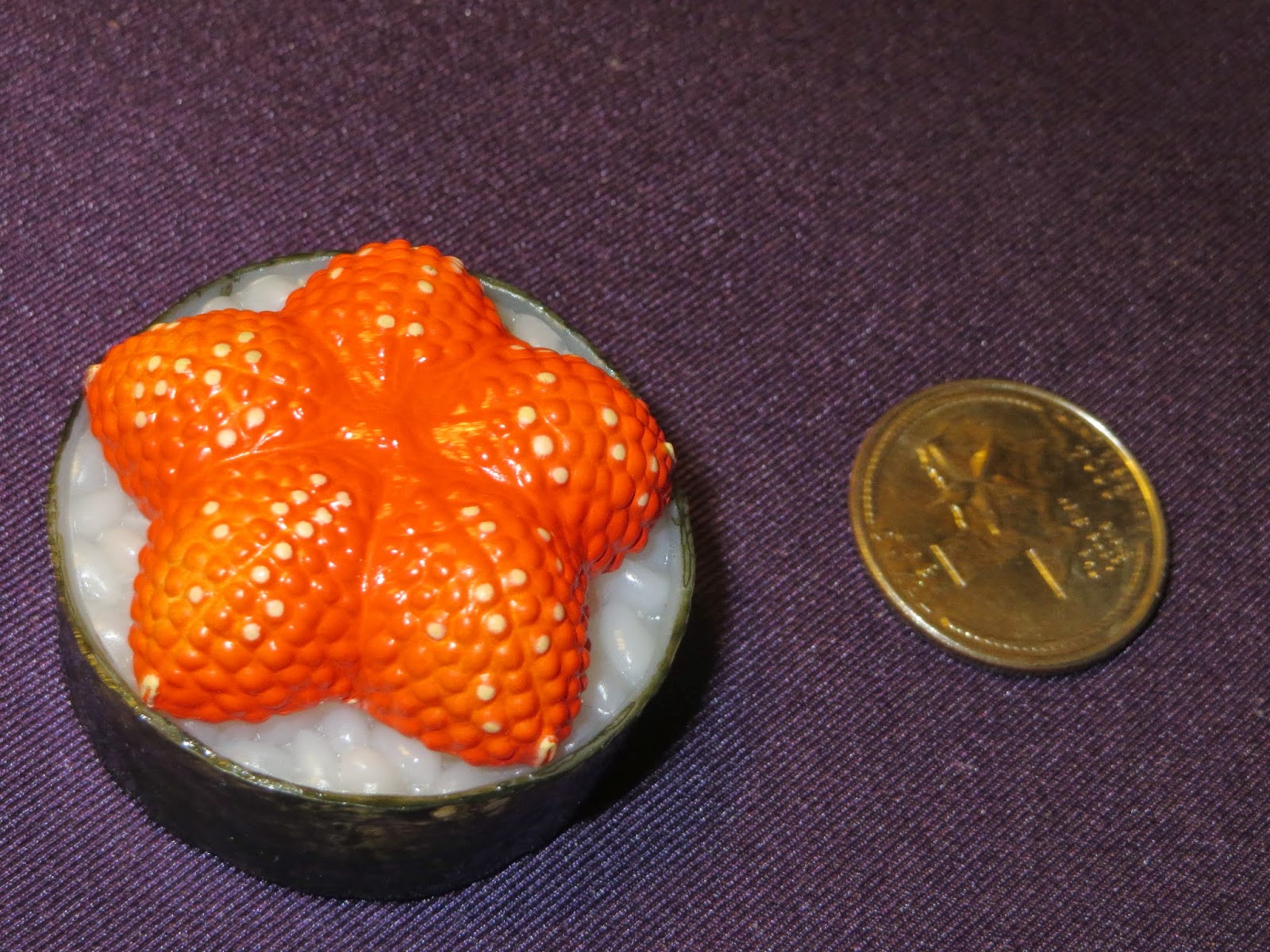 This is one of a set of "candy toys" or miniature models of deep-sea animals from a set entitled "Deep-sea Sushi" which was just released in mid- March of this year.

As I've made frequent mention of in past blogs, the Japanese have a VAST love of the natural world and have made MANY toy series which depict various members from different habitats. This post from my trip to Japan shows several of these different types.. deep-sea, fossils, etc. 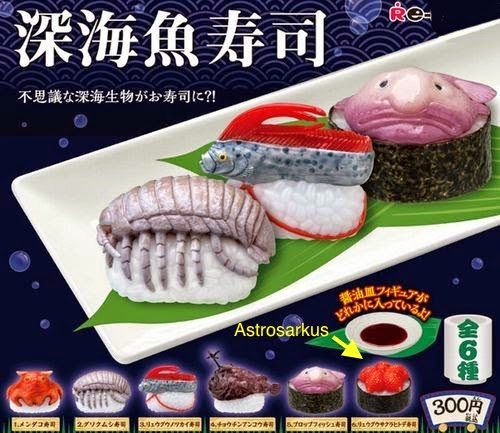 A full figure by figure walk through is in this convenient video! The set has a cute theme and even comes with little dishes for each one..
So, the big orange thing is a starfish I described in 2004! Go HERE to read the blog about it.  In Japan it goes by the name 竜宮桜ヒトデ aka the "deep-sea cherry blossom starfish" 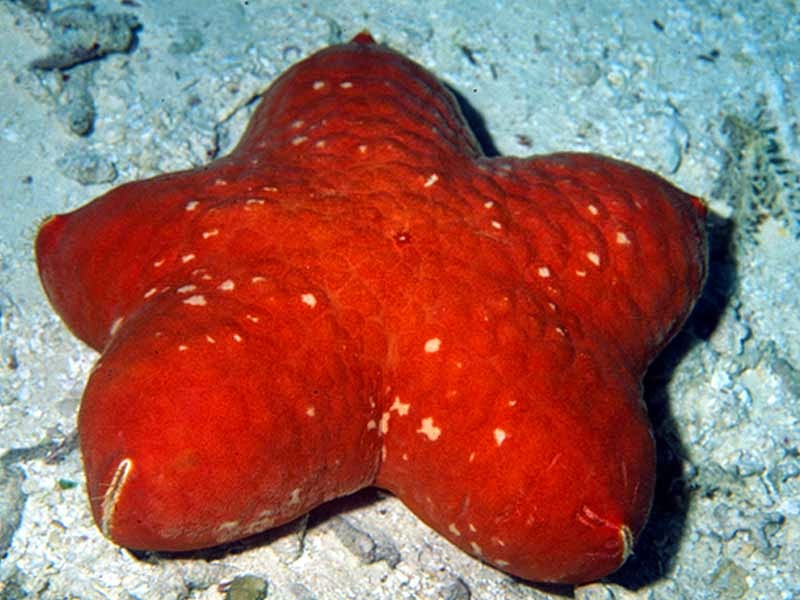 So, this was kind of cool and sort of weird. How often do you get a toy made out of a species you described?? and that toy was something I had NOTHING to do with??

Here are a bunch of questions that I was asking myself which others might have as well...

The pic used in the book looks pretty much exactly like the toy... 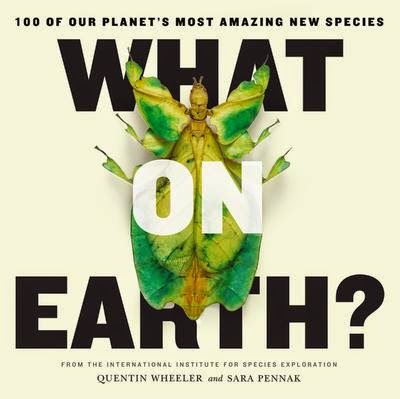 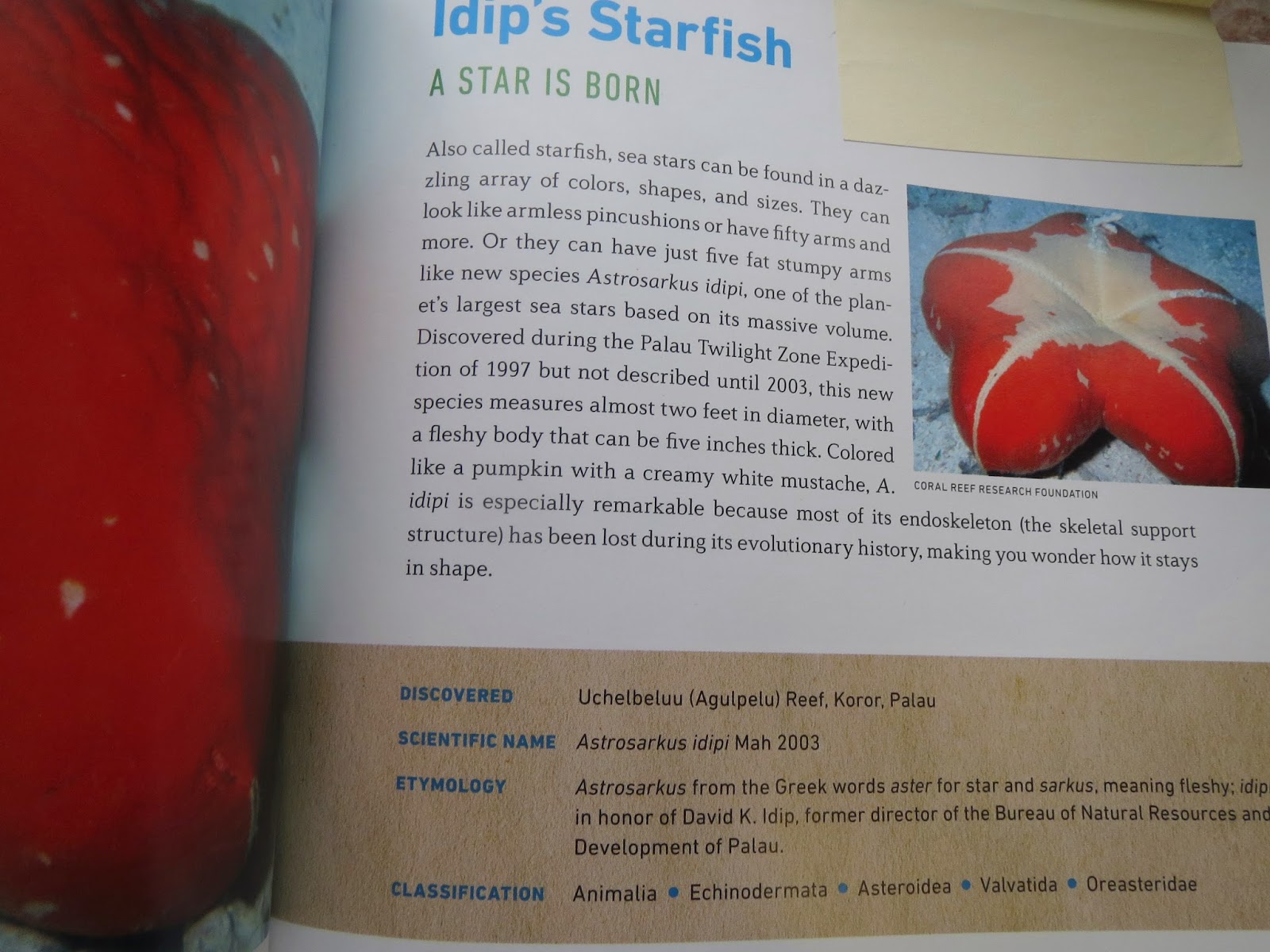 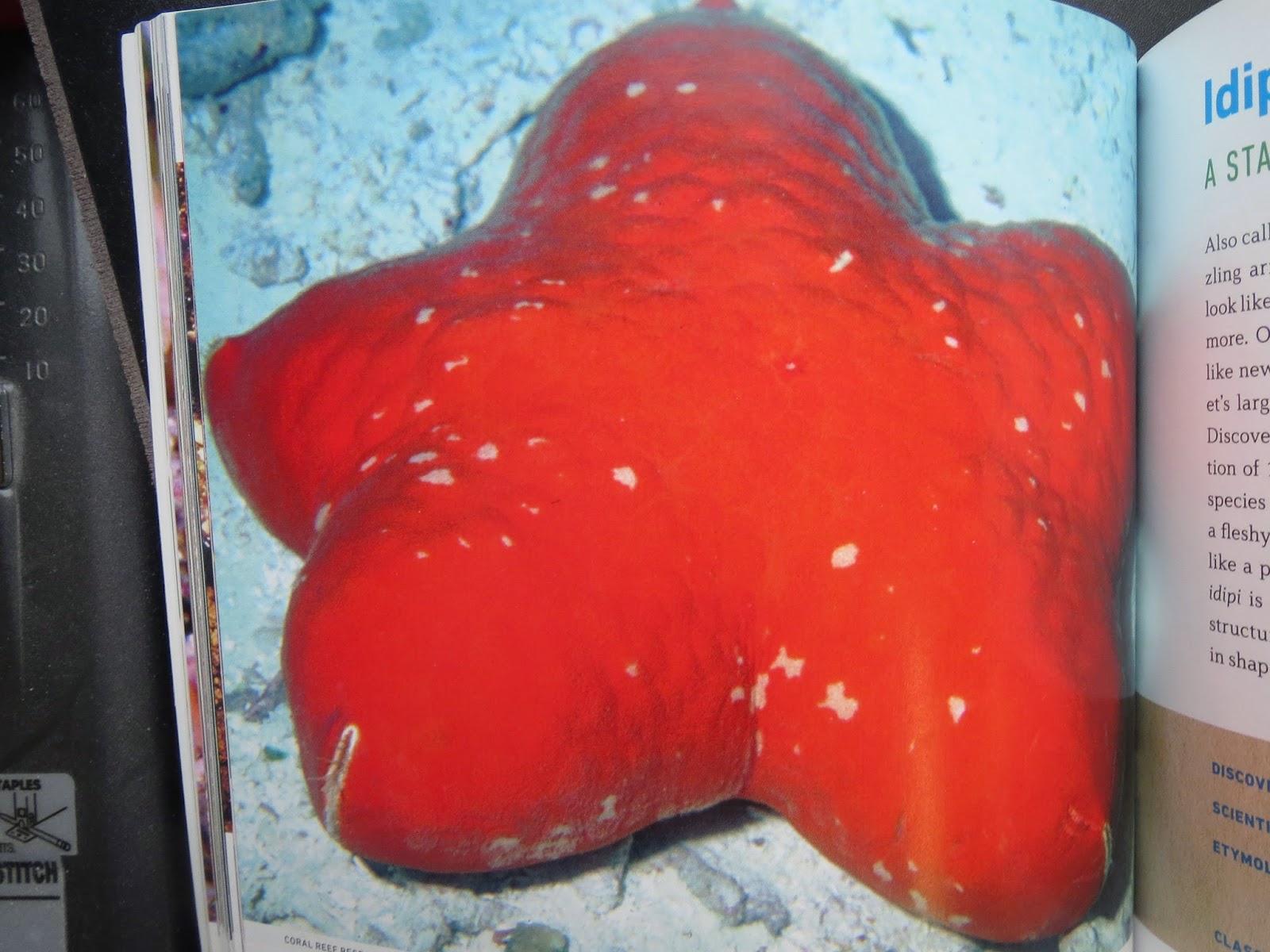 2. Is this something I was planning?
Nope. One of my colleagues in Japan saw it and informed me of it. The first I ever heard of this was early this year in February. I only wish that there was a western market for accurate starfish toy collectibles!

3.  You're getting paid for this aren't you? Are you just advertising?
I'm not.  When I described this new genus and species back in 2004, it was part of my science. A remarkable new animal that was radically different from almost anything else I had seen. New species are discoveries that everyone can and should enjoy, and are essentially in the public domain.

and I'll be honest, of all the various things that I thought could happen, someone making a toy out of this wasn't one of them!

The company who produced these, did so ENTIRELY on their own. They likely have no idea who I am and probably don't even realize that the person who described this species might still be alive (if they even understand that concept). I suppose that its sort of flattering that something I published was considered interesting enough to be part of this line up!

I paid for the toys I own myself. No "comp" toys for me in this case...

I suppose if I was to look at the bright side of this, this could be one of the many ways that basic research "benefits" economic growth!

4. Where do I get one? At the moment, the only place I know of that outside of gashapon shops in Japan that you can find these is Ebay. Search under "deep-sea sushi" and you'll find, at least for awhile, complete sets and individuals. Many of the single piece figures are WAAY overpriced relative to the complete sets.  And yes, the shipping from Japan/Hong Kong will either be expensive or take a fairly long tim (mine took about a month).

5. How Many Other Japanese Starfish Toys are there?
and by that I mean proper figures. None of this cheap-ass gift store stuff...

So, there's no starfish toys that depict REAL asteroids. Or at least, not like the way there is this 90 dollar replica of Bathynomus giganteus 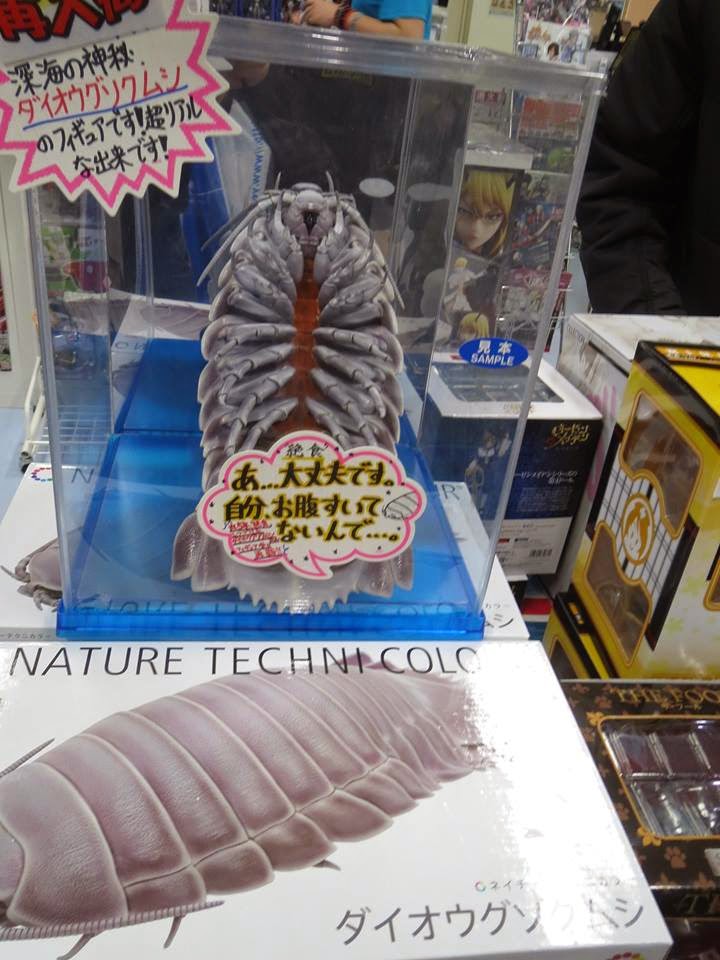 But there's a BUNCH of them that depict kaiju from Japanese Science Fiction!! There are a surprisingly large number of them.. So here's my excuse to show some of them!

One of my favorites: Purple Starfish! (from the show Kikaider) who projects the deadly Starfish Sparkler! 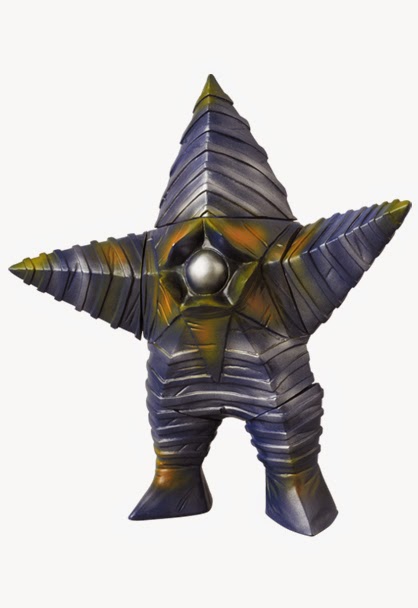 A miscellaneous assortment of the Ultraman kaiju Pestar!! 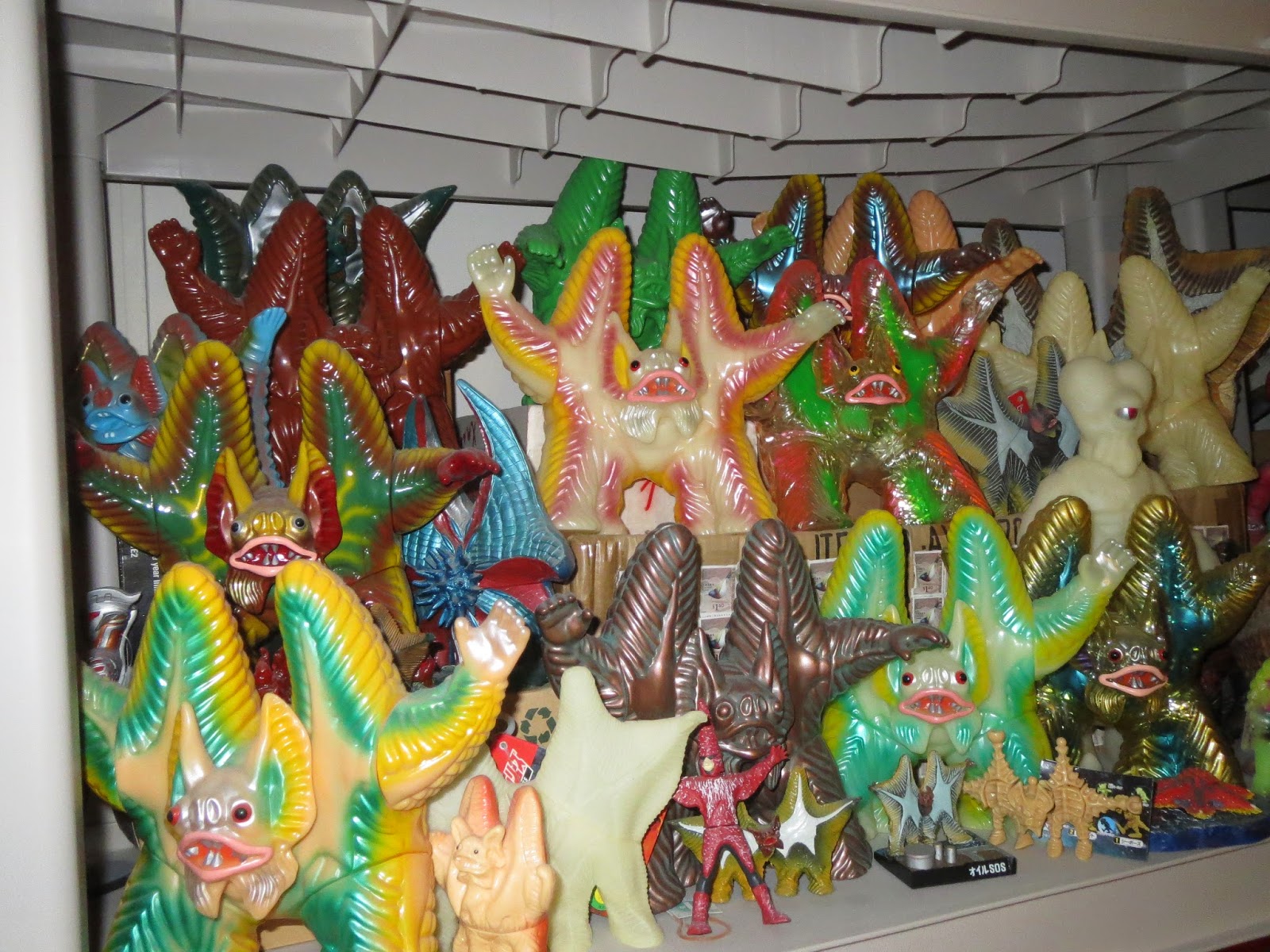 here's the starfish monsters from the Japanese classic, Warning from Space! 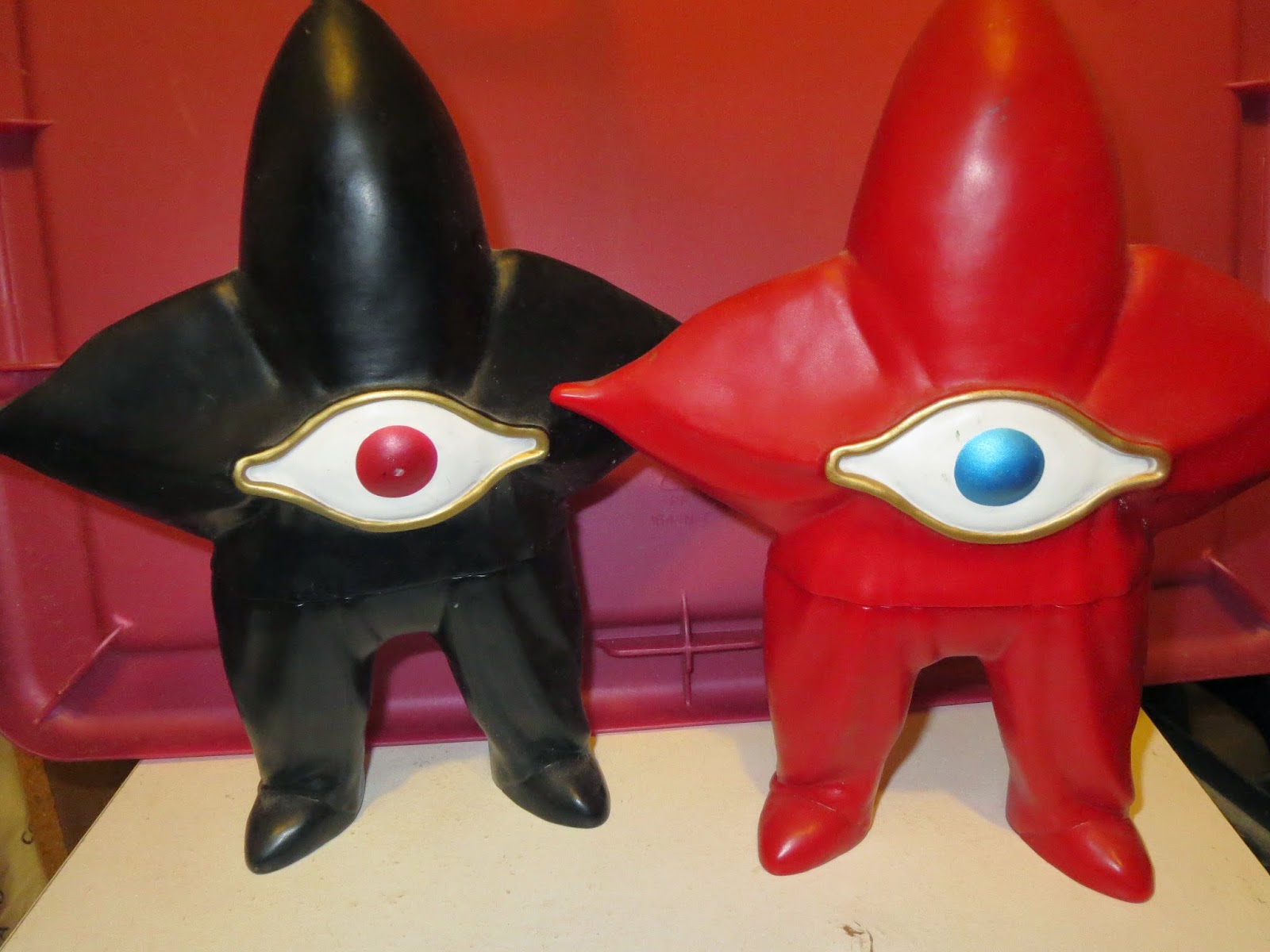 There's of course, the villain Hitodanger! (Hitode= starfish, the name means "Dangerous Starfish") from Kamen Rider!  (thanks to Yoichi Kogure) 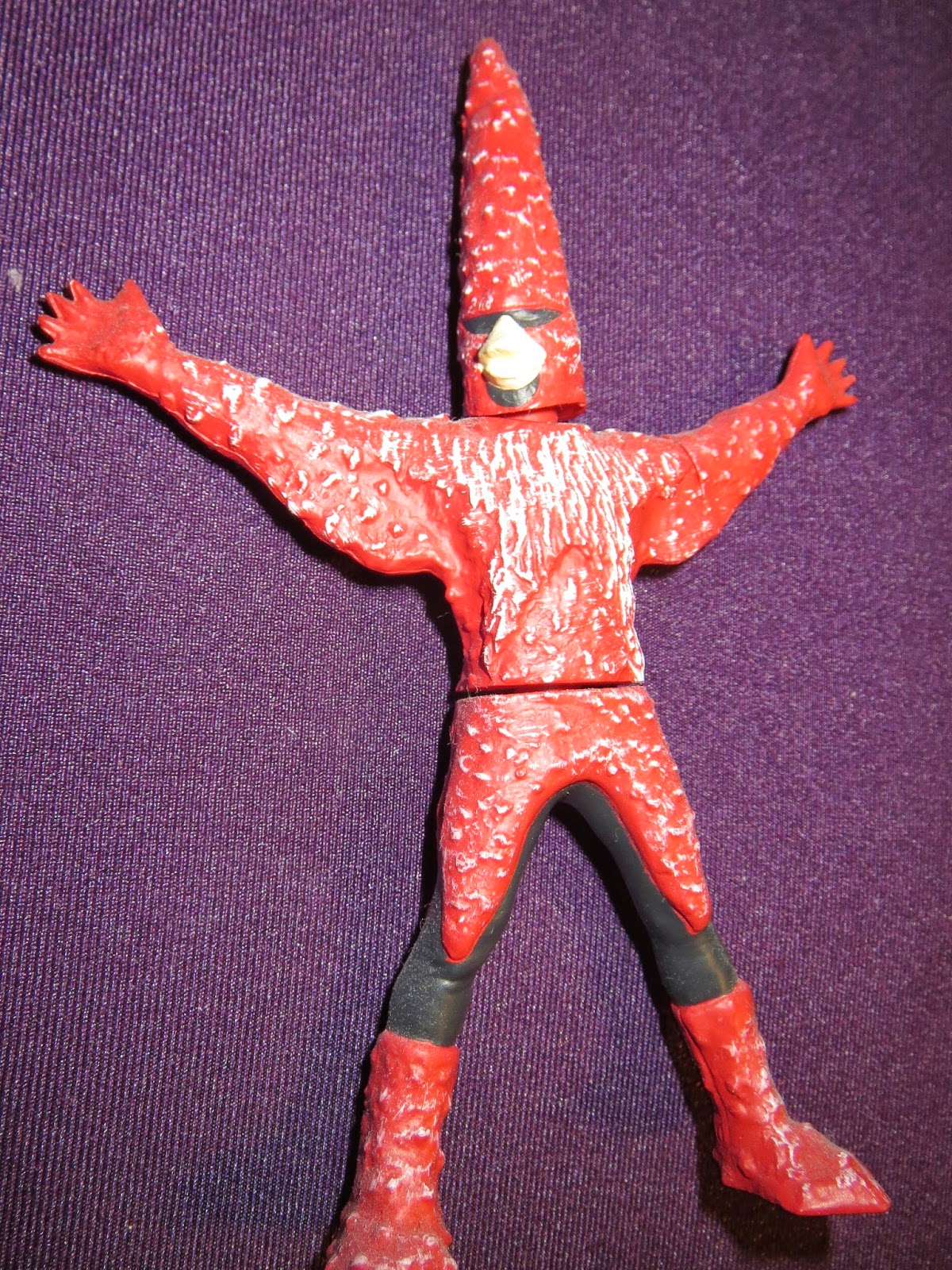 AND finally the most obscure of the obscure, the starfish mutations BAREM from Rebirth of Mothra 2!!! 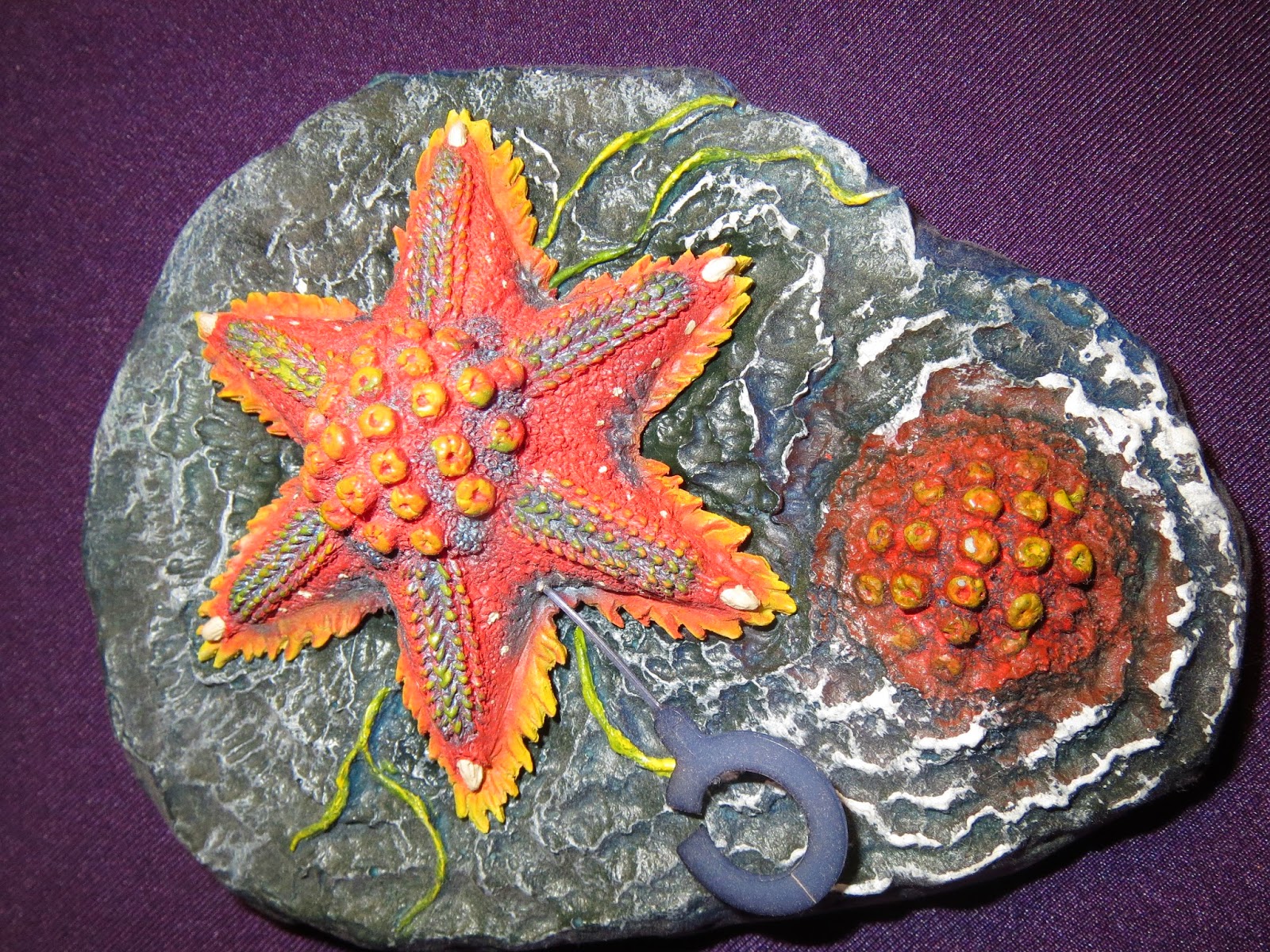 These were all borrowed from someone else's marvelous starfish kaiju collection!
Posted by ChrisM at 5:58 AM

Five minutes ago I was blissful in my non-starfish toy state. Now, after reading your blog, I GOTTA have them all. Any chance you could develop a little starfish toy manufacturing on the side? To supplement the research grants? (:

Hello,
I came across your site there 1 year doing research on sea stars, especially on the discovery of Astrosarkus idipi.
I saw he had a Gashapon (Sushi) in his honor, and I asked myself a question:

_ Why the A.idipi on this figurine is so marked on the dorsal part? (Depression, and his arm 5 well drawn) because the species Astrosarkus we see that the back portion is curved. Do you have an answer.

I wish you good luck and a good day for France! :]

Likely just an imperfect replica of the original