Stunning Highlights from Okeanos 3rd leg of the Marianas Expedition!! 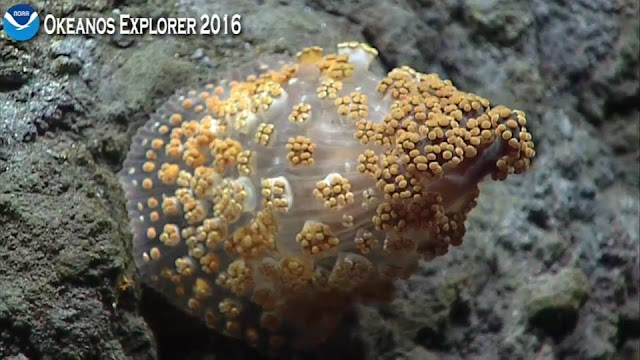 This last week has been a busy one-made even more momentous with all of the very AMAZING observations made by this last leg of the Okeanos Explorer as it explores various seamounts and other sites in the Marianas Islands! A whole bunch of information on the geological setting and the various study areas can be found on their website here. 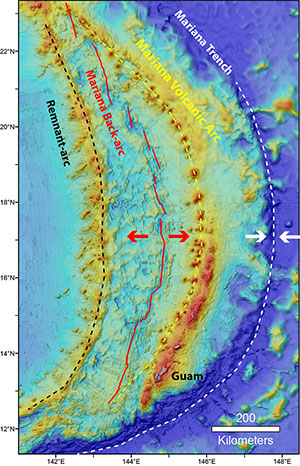 The entire mission overview can be found on NOAA Okeanos Explorer pages here and of course the LIVE VIDEO is on click away! (when they are broadcasting-usually from about 6pm to midnight Eastern time)

But what are some of the more SPECTACULAR animals they have been seeing?? Here's a highlight of the ones I consider just singularly amazing!

1. Big White Lyrocteis-like Benthic Ctenophore (aka comb jelly)
The last year or two has seen a HUGE awareness of these strange animals. Basically they are the bottom version of swimming comb jellies aka ctenophores. Although gelatinous, they are possibly VERY distinct from proper jellyfish.

We have seen a fair number of these on earlier Okeanos dives (as we see here) and I've written a post (here) about Lyrocteis aka the "Harp comb jelly" which occurs widely in the Pacific.

This newly discovered white animal has a very different surface texture and so far has NOT been observed to extend its feeding tentacles! It has the same "rabbit ears" or "harp" shaped body as Lyrocteis but is it even the same thing??   Interesting! 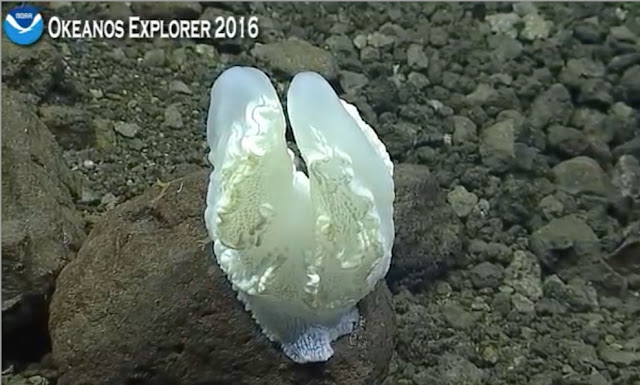 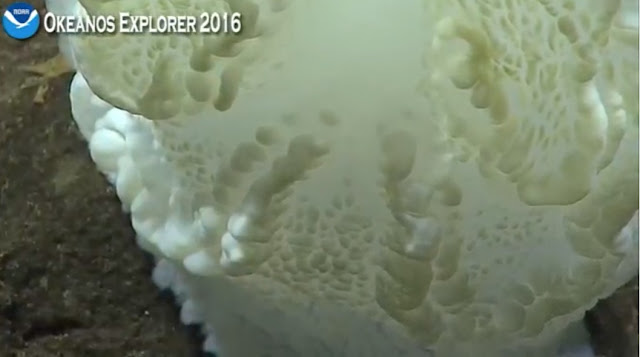 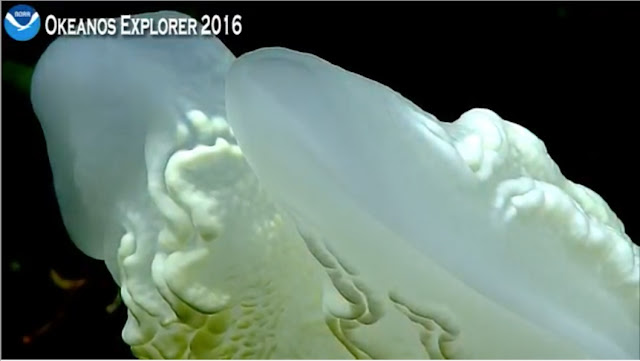 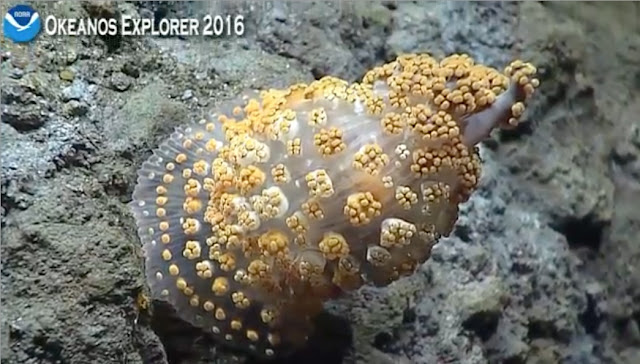 This one was just stunning and weird all at the same time. It kind of looks like a strange gelatinous Christmas Tree! From Ahyi Seamount, 275 meters

Fortunately Dr. Chris Kelley of HURL had seen one of these before. The withdrawn version of a seldom seen sea anemone in the family Aliciidae.

Here's a picture from the HURL database showing it extended. You can see the knobs on the body. Beautiful..but wow. Unusual. 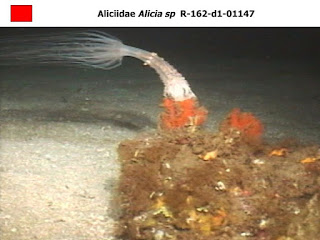 3. The Sea Anemone (from) Liponema!
ANOTHER bizarre sea anemone. These go by the common name "pom pom anemones" or "tumbleweed" anemones... Why? Because they actually have a very loose connection to the bottoms and can actually ROLL along when they want to move!! 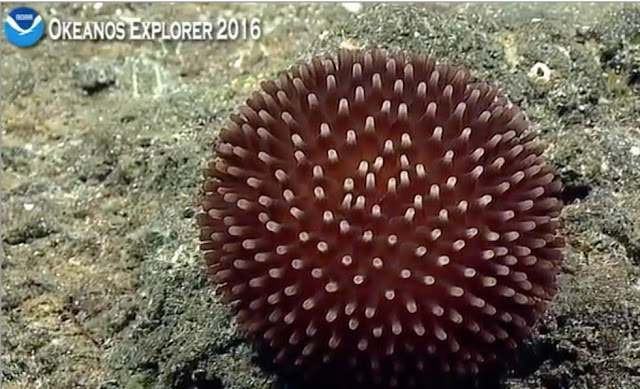 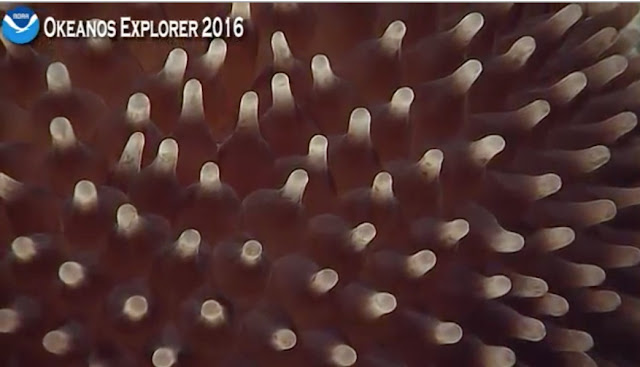 Here's a separate species called Liponema brevicornis doing JUST that thing! Rolling along the bottom like a big pink fuzzy snow ball!!
4. Neat looking sea anemone called Isactinernus! About which it seems there is very little known.... But it has these very distinct tentacled lobes 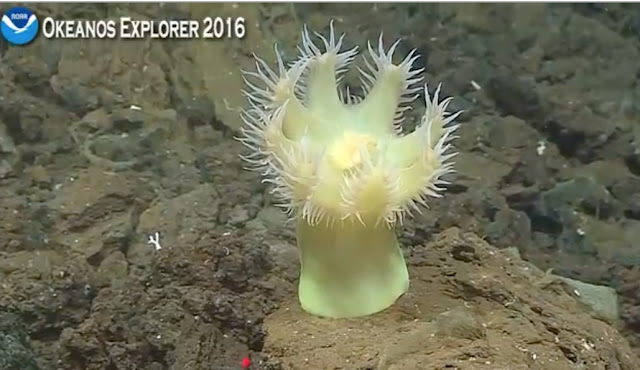 and here it is CLOSED (this was seen on Supply Reef) 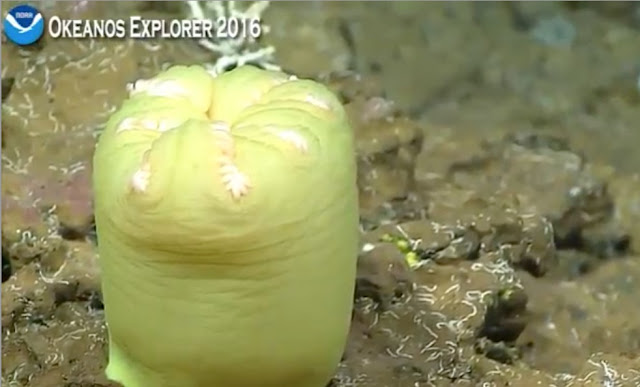 5. The Ever Majestic swimming sea cucumber Enypniastes!
This splendid picture taken in the famous Mariana Trench from a dizzying 5, 775 meters!  DEEP! 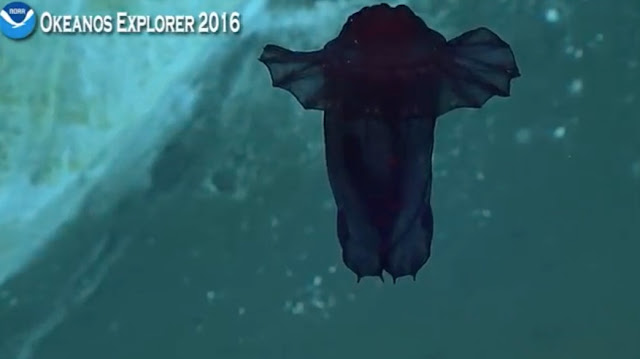 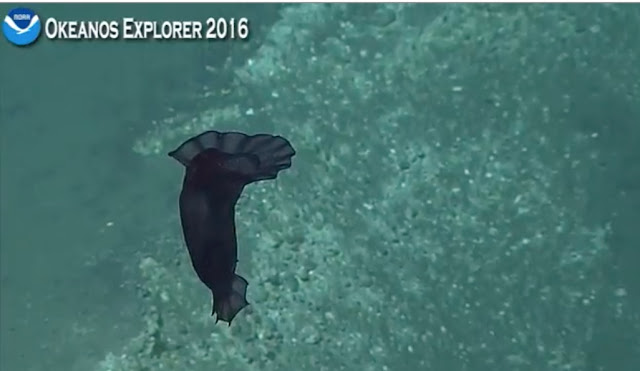 6. SEA URCHINS GALORE!!
Here's a stunning urchin with Christmas colors! Caenopedina probably C. pulchella based on what I've been able to find on it.. 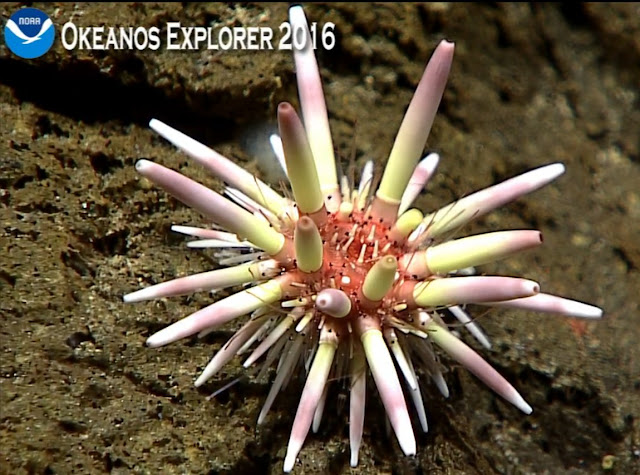 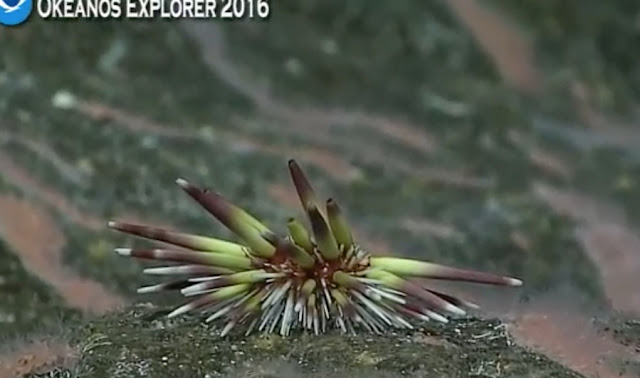 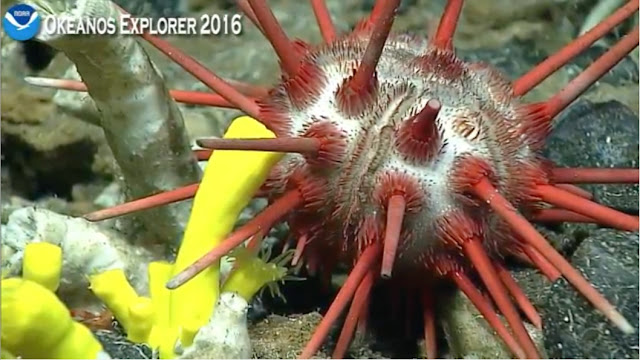 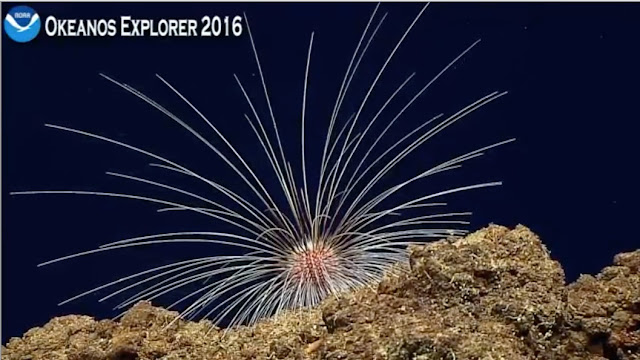 7. And some New Species of Snails...
This is what's called a slit shell snail or a member of the family Pleurotamariidae. Long story short: deep-sea snails but with similar shells observed in the fossil record. This gives them "Living Fossil" status and their beauty and color makes them valuable to shell collectors..

The one the Okeanos Explorer has been seeing? Probably a new species according to Chong Cheng at JAMSTEC (@squamiferum on Twitter). 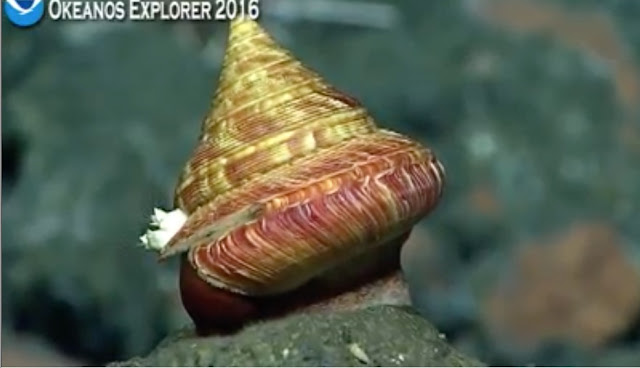 and this STUNNING nudibranch, probably the genus Kaloplocamus, according to Dr. Terry Gosliner at the California Academy of Sciences!

Those yellow balls on the body extensions? Apparently those are luminescent organs! Not previously seen in this genus..making this a very likely NEW species (thanks to Dr. Gosliner for the determination!) 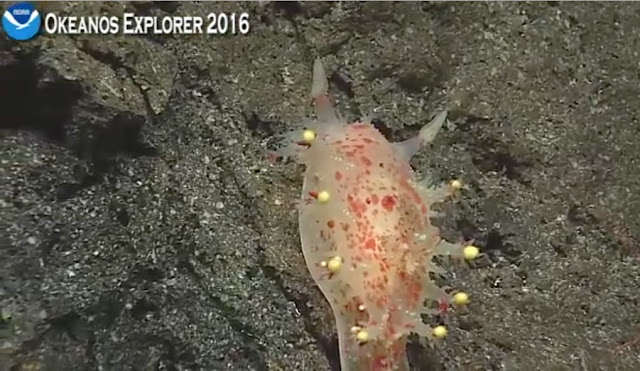