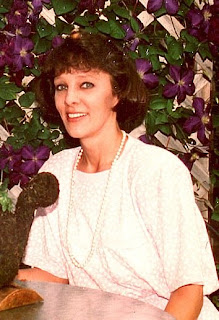 It is with great sadness that I must report that Cynthia Ahearn at the National Museum of Natural Museum passed away today (Sunday, August 31st).

Cynthia Anne Gust Ahearn was born October 17, 1952, in Minneapolis, MN. A graduate of Dunbarton College of the Holy Cross, Washington D.C., she began her Smithsonian career in 1973 as a Museum Specialist, Department of Invertebrate Zoology, National Museum of Natural History. At the time of her death, Cynthia curated the Smithsonian’s extensive collection of echinoderms (sea stars), and was conducting research projects on shallow water, deep water and Antarctic sea cucumbers. Cynthia was a pioneer in the Natural History Museum’s public education outreach program. She developed the popular Echinoderm Discovery Cart, which entertains and educates thousands of museum visitors, young and old alike, hosted a segment of the Discovery Channel’s ‘Young Scientist’ Program, and spoke to the Smithsonian Board of Regents, the Department of Agriculture School of Continuing Education, the Wellesley alumna society, and to local schools and universities. Each year Cynthia hosted scientists and students from around the world in her home while they conducted research at the museum. In 2005, she was presented the Natural History Museum’s Public Outreach Award, and in 2007, a new species of seastar (Narcissia ahearnae) was named in her honor in recognition of her achievements in curation of the echinoderm collection, her research on echinoderms, and in facilitating the research of so many visitors over the years.

Cindy is survived by her husband John.

She supported echinoderm research with a pride and an energy that was hard to follow. She did it all-curation, identification of specimens, hosting visitors, measurement of specimens, gathering data for databases.

She was one of a kind. A friend. A wonderful person. A scientist and an echinoderm biologist par excellence. She thought of other people before herself and was an example for people that many could learn from.

She will be greatly missed.

Very sad news indeed. My condolences to her family and colleagues.

I was hosted by her 4 or 5 times. I love her...
...
I used to call heer my "american stepmom"
...
The tears don't stop falling. Every man and woman who knew her was touched for her smile.

Cynthia gave me one of the most delightful walks around the Smithsonian's invertebrate zoology department that I ever had.

She kept this groovy cart full of dried seastars in between a narrow hall of cabinets. From there she literally handed me my first evidence of seastar cannnibalism.

She was an amazing teacher, who loved her work. I'll miss her.