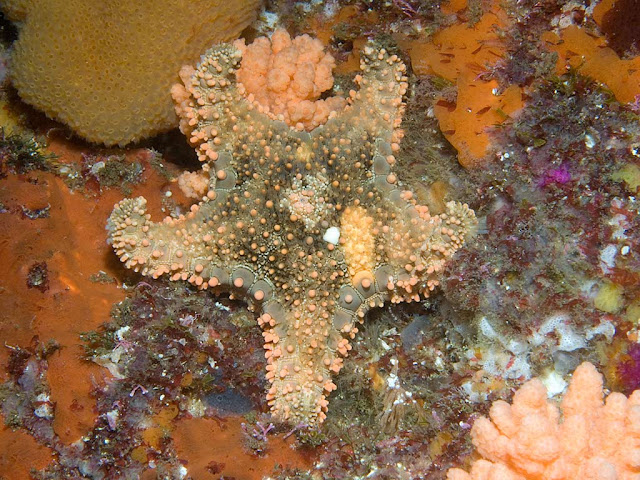 One of the genuine pleasures of my job is receiving photos from scientists, photographers, and SCUBA divers from around the world and identifying sometimes VERY rare species that have never been seen alive before!

This week, I received a series of photographs from the Curator of Marine Invertebrates at the National Museum of Northern Ireland, noted nature photographer and author Bernard Picton (bio here), who hosts this excellent website on the marine life of the UK and Ireland and an author, who has written "A Field Guide to the Shallow-water Echinoderms of the British Isles" and this guide to "Inshore Marine Life" as well as several other fine books on sponges, nudibranchs and other marine invertebrates!

Mr. Picton got ahold of me after the World Asteroidea Database went online and asked me if I could identify these species he photographed from South Africa.

After all these species were identified they were uploaded to the WAD and are available there in conjunction with the taxonomic information already in place!

South Africa has a really NEAT marine fauna. Why?
Because of all the ocean stuff that mix. Indian & Atlantic. Tropical & Cold/Temperate.

LIVING pictures of these animals are VERY difficult to come by-and in all liklihood, this is the FIRST time that some of these species have EVER been seen outside of South Africa!!

Calliaster baccatus (Goniasteridae)
Described by Walter Percy Sladen in the classic H.M.S. Challenger Expedition monograph and recorded only a few times after that. This is the probably one of the FIRST EVER pictures of this species alive!!
We know nothing about it. But this species is recorded ONLY from South Africa! 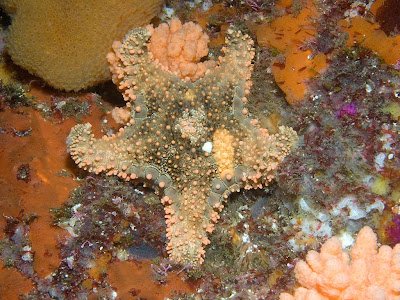 Austrofromia schultzei (Ophidiasteridae)
Another species we know very little about. Also known only from South Africa... 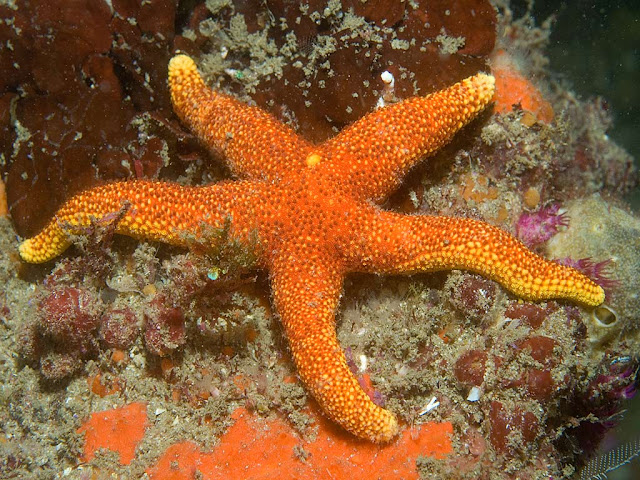 Marthasterias glacialis (forma-africans)
Marthasterias is widely distributed throughout the Atlantic on the European/African side but is still a very impressive looking animal. Anyone interested in a phylogeography/biogeography project? (thanks to Bernard for the tip!) 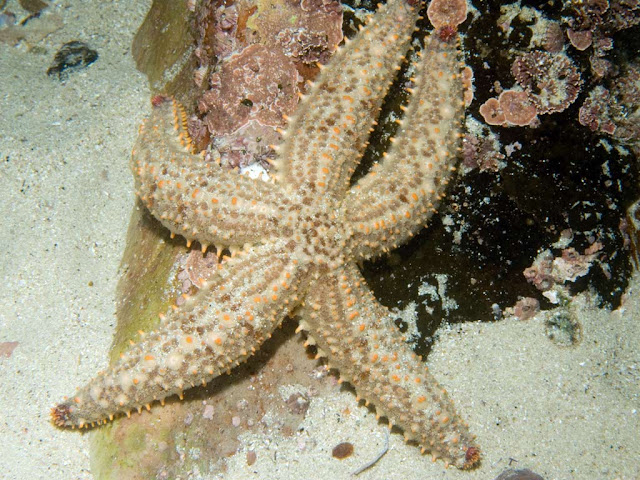 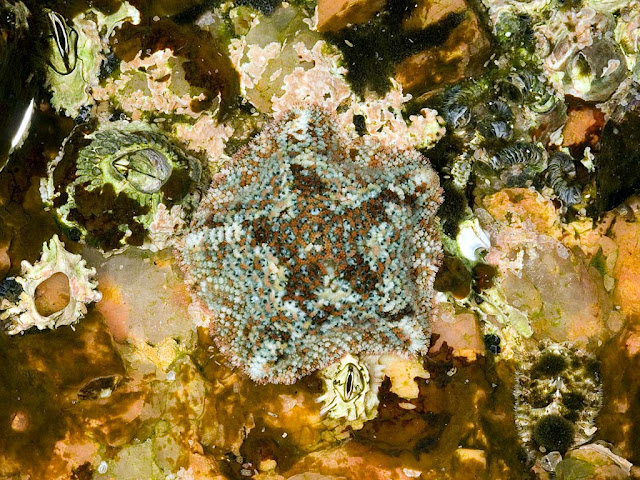 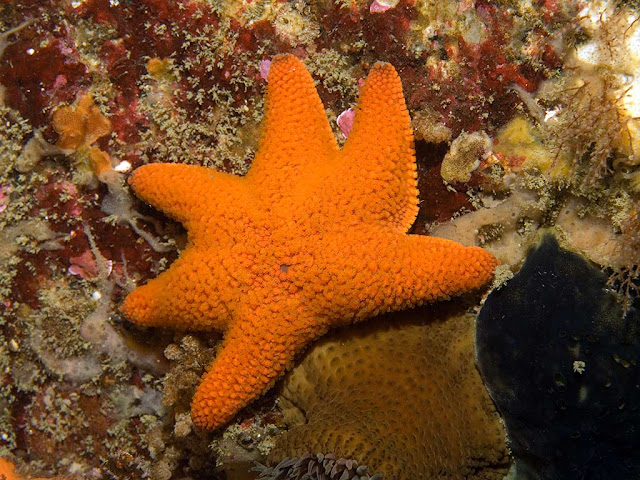 Henricia ornata (Echinasteridae)
One of the many places where one finds the cold/temperate water genus Henricia. If you live in the temperate North Atlantic or North Pacific..you can see them there as well... 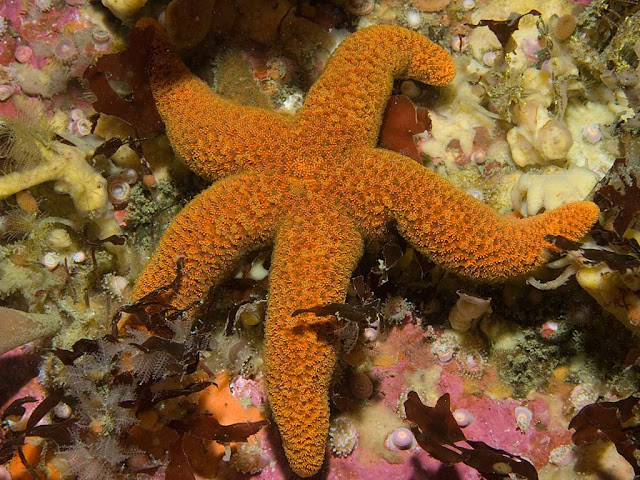 Thanks again to Bernard Picton for allowing me the chance to share these animals with everyone!! Pics were taken on an expedition led by Cathi McFadden and supported by the Cnidarian Tree of Life Project! thanks to all!
Posted by ChrisM at 11:35 AM

Gorgeous! Thanks or sharing!