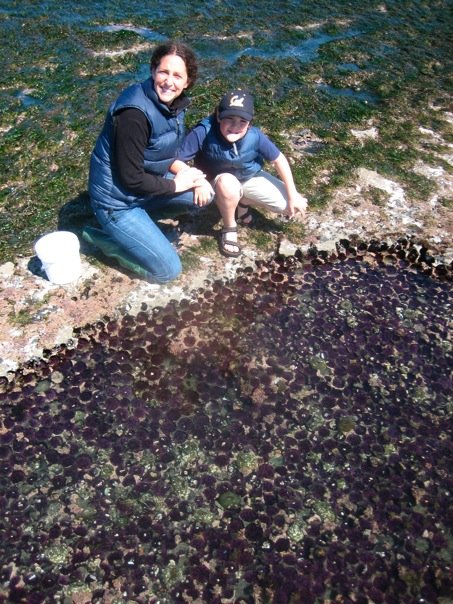 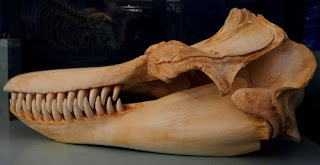 Sand dollars (Echinoidea) are in the superorder Gnathostomata. I always thought Gnathostomes was the grouping that was associated with the development of jaws in Chordata (as in sharks). I must be missing something. Any thoughts?


Good Question! Yes, they ARE the same. But the nomenclatural codes only mandate the use of a unique name at the family level and below. Here is the ICZN reg (from ICZN.org):

23.3. Application to Synonymy. The Principle of Priority requires that a taxon formed by bringing together into a single taxon at one rank two or more previously established nominal taxa within the family group, genus group or species group takes as its valid name the name determined in accordance with the Principle of Priority [Art. 23.1] and its Purpose [Art. 23.2], with change of suffix if required in the case of a family-group name [Art. 34].

but two superfamilies, orders or higher? Permissible but not advisable for any number of reasons. In this case, the term applies to very disparate taxa (Echinodermata vs. Chordata) and the context is clear in each case-which probably explains why no one has ever sought to change one or the other.

Is there a disadvantage to sand dollars being overweighted, resulting in them being anchored to the bottom?

I don't have any data on this but based on what I've read-Yes. The inability of the sand dollar to better position itself for feeding, protection or any number of other reasons would be a huge adaptive consideration. Presumably, that's how the thinner body and lunule development came about to counter the problems with being blown away or being anchored to the bottom. 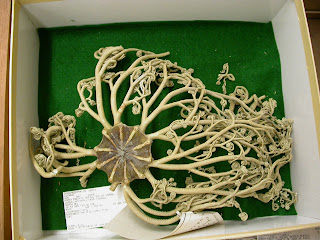 I was curious as to how quickly the basket stars grow?

The determination of age in basket stars has been looked at in a few species. One paper (Stewart & Mladenov 1997) concluded that growth was not constant. They found the New Zealand Astrobrachion reaching an "adult" size (23.00 mm disk) in approximately 8 years. But there is the caveat that 'aging' plates in these animals is very difficult and is not thought to be really possible for some species.
Also, what material comprises their tentacles?Are these basket stars able to control every since one of their tentacles?

The arms/tentacles are constructed like the arms of any other brittle star except that there is an extensive fleshy overlay covering the skeletal structure you would see in other more "ophiuran" looking brittle stars. Basket stars have additional muscles and other nerve tissue that innervate the armtips along with the hooks that are present. This paper (Rosenberg et al. 2005) has some good details on Gorgonocephalus biology.

What preys on them? (they're quite large!)

Its not clear to me what will feed on one of these since there's really not much to eat, but generally speaking, big filter feeding echinoderms usually worry about fishes and/or critters that snap at their arms (such as large crabs).

How exactly do crinoids go about moving themselves from one perch to another? Do they release their foot or some sort, and just float away?

I assume you refer to comatulid (i.e., stalkless) crinoids? These move using their arms. Some comatulids are known to "creep" along the bottom using sort of a "Pull-and Push" type motion carried out by the cirri with the aid of the arms. It is thought that where there are arms of differential length, longer arms are anterior during locomotion (ref. to Lawrence 1987). And of course, they can swim...

Perhaps one of the best known talents of holothurians has been their ability evacuate their guts in defense of their well-being! (inked here)

Sea cucumbers CAN eject their guts, which by the way includes not only the intestine-but also gonads, hemal system and etc. at an oncoming predator or other meacing entity. Some holothurians actually have specialized sticky, toxic structures called Cuvierian tubules which are used instead. In any case, if we are talking about "evisceration" and guts are used, YES they DO grow back!!

Regeneration time varies but the papers I found indicated that many of these species could have a completely regenerated intestinal system in 2 to 5 weeks!! (depending on species). The regenerated intestinal system is essentially identical to those of the noneviscerated animals. Presumably, during this time the animal subsists on internal reserves or absorbs nutrition via some other source (e.g., absorbtion through the body wall)-but I'm not sure. 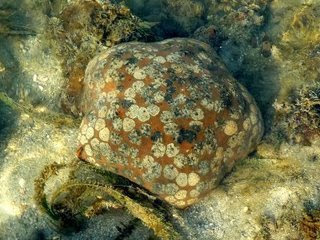 Do you know why Culcita novaeguineae have such a prominent "cushion" morphology? It seems like it would hinder locomotion and feeding.

The "cushion" morphology is actually present not only in Culcita but also most members of the family Oreasteridae. Although its not clear what developmental mechanism is responsible-its thought that the swollen body and heavy body calcificiation are defensive adaptations to living in the tropical Indo-Pacific where oreasterids are diverse and abundant.

There isn't much known about the relationship between jellies and the tiny commensal brittle stars which live inside them but brittle stars would not necessarily destroy the jelly on its way out. Jellies appear delicate and ethereal, but in fact if you've ever held the tissue from one, the texture is like really, tough, thick gelatin.

The brittle stars in question are practically weightless and both animals are largely suspended by the buoyancy of water. Some of the studies suggest that as the brittle stars get larger they may crawl or simply fall out of the bell (ophiuroids in jellies tend to be smaller) and may possibly just avoid the stings of the tentacles all together.
Departing the bell may be triggered by detection of poor water quality (as was the case in one study) or simply the need for food (as other individuals of the same species are found on soft bottoms). 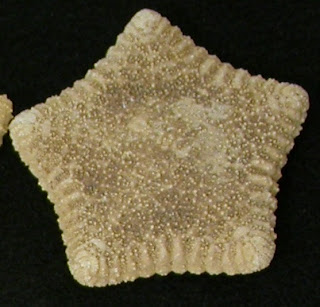 Why are sand dollars and star fish generally in the shape of perfect pentagons with 72 degree angles between each ray? I understand that in chemistry intermolecular forces cause molecules to take shapes such as this, but since this is much large scale than that of a single compound molecule, what force dictates this perfect symmetry shape? for example why aren't some of the rays 35 degrees apart and so on and so fourth?


hmmm..thats' a good one. I've heard discussions about the physical-chemical constraints of calcium carbonate effect on the overall body form of echinoderm but honestly, I'm not sure that what you're seeing is a reflection of this.

Bear in mind that the bodies of echinoderms are millions of tiny pieces that are held together/embedded in tissue. There may be some overall physical constraints that make it easier for some groups of animals to form pentagons then others-but there is a huge diversity in echinoderm body forms. Especially when you look at the fossil record. See my blog about the Paleozoic Helicoplacoidea (click) as an example of an early echinoderm body form that does NOT show pentagonal body symmetry. But at one level, you're right many echinoderms display this natural symmetry but I'm not sure what the answer is...
From "Joshua Hallas"

I was wondering if there are any other examples of echinoderms living in symbiosis with other cnidarians? and are the brittle stars parasitic or commensal?

Lots of brittle stars live as commensals on corals and their kin...you can go to this post for some idea of the relationship! In many of these relationships, the brittle stars aren't thought to prey on their "hosts" which act primarily as perches for better suspension feeding or homes for the animals to live in. None of these echinoderms are really known to be truly parasitic in the sense that say, nematodes or other invertebrates are.

From "AnthonyM"Is there a chance that instead of thinking they are using the jelly fish as transport or protection that maybe they just happened to be there by accident? And if not how do the jelly fish react to all these different inhabitants?

uh...well, its not an "accident" as you put it. As it sez in the blog, the densities in some specimens some get quite high. Over 800 in that one instance. Its not frequently encountered..but there are many consistent reports.

Its not really known how they affect the jelly much but like many such commensals they are just along for the ride...think of it as much the same way ticks and mites ride in your eyebrows or barnacles ride on whales..

From "Rene"I understand that the ossicles of echinoderms are connected by ligaments composed mainly of collagen; in addition, these ligaments are mutable at short timescales, under neural control. Is it safe to call this structure a form of muscle?

This is an interesting notion and is currently a topic under some discussion in the scientific community. I would go to this paper by Takemae & Motokawa (2005) Ultimately, though Mutable Collagenous Tissue is composed of ligaments and not muscle cells. So, MCT does behave like muscle, but for various other reasons is NOT itself muscle. There's more to this then I can cover here..so I would recommend going to the ref and trying to track down the back-and-forth between the different 'camps' discussing the issue.

On one of my trips to the S.F. Academy of science I came across the water tank of a Fire Urchin. The animal was on its oral side suctioned to the glass via its tube feet. I decided to take a picture of the animal with my phone. When I reviewed my picture I noticed that there were five bright purple dots. When I glance back at the animal I could not see them. The bright purple dots seem to become visible only on the photo. Do urchins in general have some sort of bioluminescence?

So, I suspect you have seen something like what you would see in this picture or this one... This is probably iridescence-the reflection of light from your picture and not bioluminescence, which is the generation of light by the animal and/or its symbionts. There are bioluminescent sea-urchins which live in the deep-sea, but "fire urchins" which is a common name for one of several tropical species often just have these bright reflective blue interradial regions. I'm not sure what they do aside from contrast to the fiery red...but they are a something you would be more inclined to see with light bouncing off them...

Thanks to the Biol 555 and Dr. Rebecca Johnson for participating!!!

Those were some GREAT questions!!!

Do you have an enthusiastic Invertebrate Zoology Class which would like to ASK THE ECHINOBLOG??? Contact me via my profile....

Hellloooo my name is Rene. I am in Bio555 (Professor Rebecca Johnson) at S.F. State. I have two questions that I would like some light shed on:
1. I understand that the ossicles of echinoderms are connected by ligaments composed mainly of collagen; in addition, these ligaments are mutable at short timescales, under neural control. Is it safe to call this structure a form of muscle?
2. On one of my trips to the S.F. Academy of science I came across the water tank of a Fire Urchin. The animal was on its oral side suctioned to the glass via its tube feet. I decided to take a picture of the animal with my phone. When I reviewed my picture I noticed that there were five bright purple dots. When I glance back at the animal I could not see them. The bright purple dots seem to become visible only on the photo. Do urchins in general
have some sort of bioluminescence?