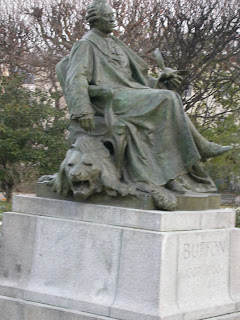 As promised! This week, the Echinoblog comes to you LIVE from Paris, France!

My apologies for running late this week! Travel can be fun and productive, but you invariably encounter adversity! In this case, a combination of jet lag, getting administrative stuff done, and catching a stomach bug yesterday!

The museum has a LONG history of studying evolution, practically before it was KNOWN as evolution! ("transformational: biology?)

The statue above, which sits in a prominent location in the Jardin des Plants (sort of the Paris equivalent of the National Mall) depicts Georges-Louis Leclerc, Comte de Buffon (or simply Buffon) (click to read his Wikipedia article), who would later influence Lamarck and others...

You can tell what a bad ass he was from the fact that the statue shows him sitting on a frakkking LION!! 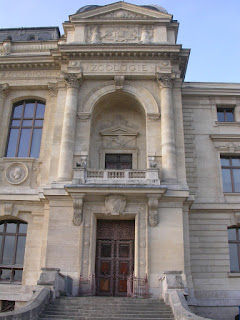 The museum itself is VERY old and was founded in 1793! Shown here is the Grande Gallerie d'Evolution! Paris has hosted many distinguished scientific minds, including Lamarck, and Georges Cuvier 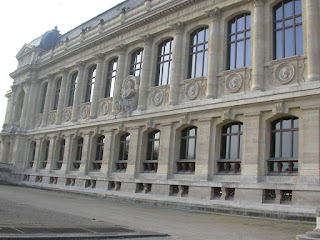 Why am I here?

As many of you know, I am a scientist who studies sea stars (i.e., the Asteroidea) and the Museum national d'Histoire naturelle contains one of the largest collections of deep-sea asteroids from exotic locales that I know about!

What most people don't know is that BELOW the Grande gallerie is 3 floor vault -like bunker complex... 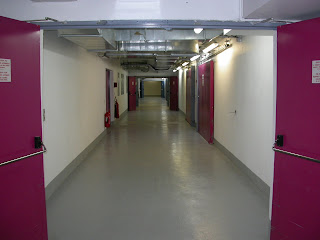 And its down here that innumerable specimens are housed and cared for! 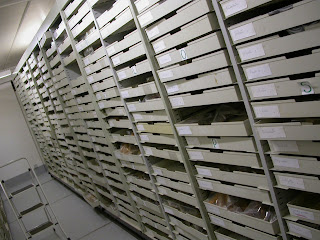 This includes specimens from the many exotic locales sampled by French scientists, including this spiny Calliaster elegans.. 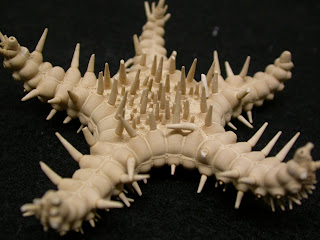 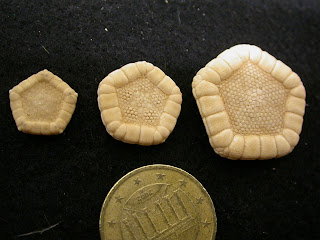 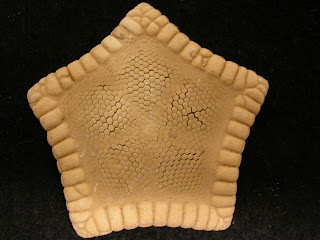 and finally, Calliaster regenerator-a weird starfish with screwdriver like spines! 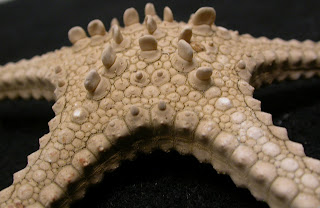