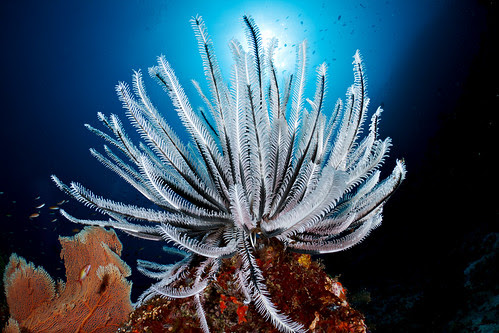 Crinoids, aka Feather stars are probably the least familiar of echinoderms to many people. They've been around for awhile and you can often see their older Paleozoic ancestors with stalks in fossil beds throughout the world.

But most modern crinoids almost resemble plants (albeit stunning ones). The picture above shows a typical "feather star" or comatulid crinoid. The arms have feathery appendages called pinnules which are used for capturing food.

To give you some reference.. here's a generalized diagram. Food goes into the mouth located on the "inside" of the cup where the arms meet.
I've often tried to make several echinoderms more "visible" to people by sharing some incredible imagery of them-from perspectives that might be unfamiliar. Some of my posts on ophiuroids here and here for example...


Here is a very busy picture of the many structures surrounding the MOUTH (at center covered by more tentacles) (critter from Fiji) (image by Jaw'sDad-Jeff Williams): 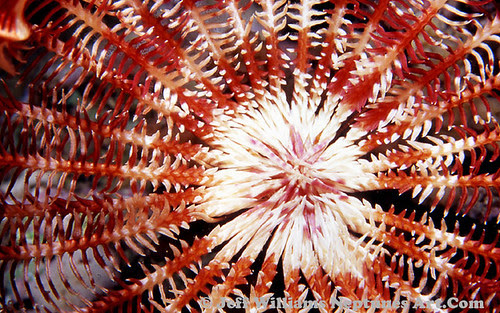 Here's a great picture of the UNDERSIDE of a feather star. See those tentacle-like things wrapped around the whip coral?  Those are called "cirri". Those are the "feet" that adhere the remainder of the animal to its perch.   This image by "sabahsharky" 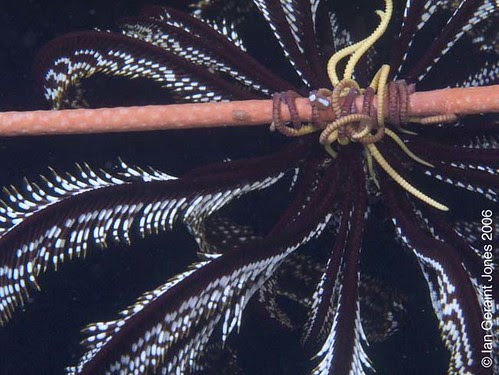 Blue Crinoid Close up.. from Sulawesi, Indonesia.  These are the feeding arms with yellow tipped extensions called pinnules. Image by Richard Merritt, FRPS. 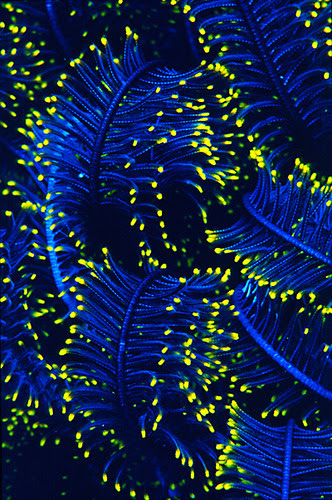 A stunning image of Oxycomanthus bennetti from Indonesia by il Cosaro. 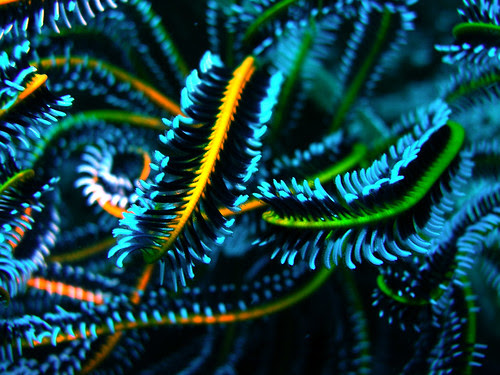 
A nice close up of the feeding arms. Three Photos below by Geoff Spiby. 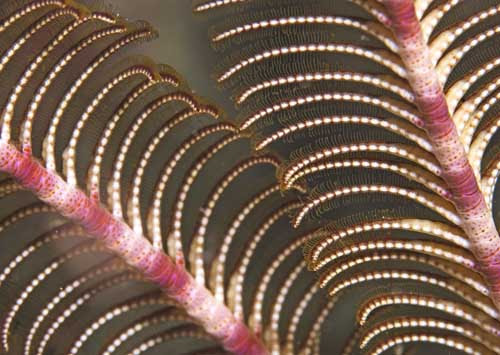 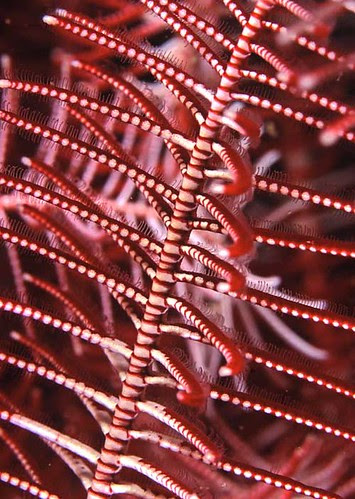 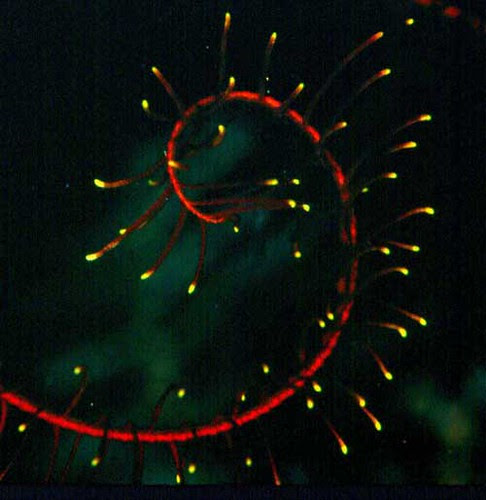 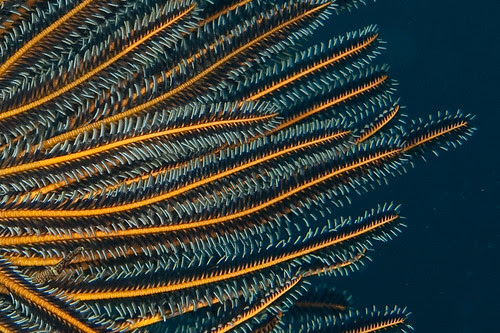 A stunning shot of a red-white crinoid by Russel Taylor 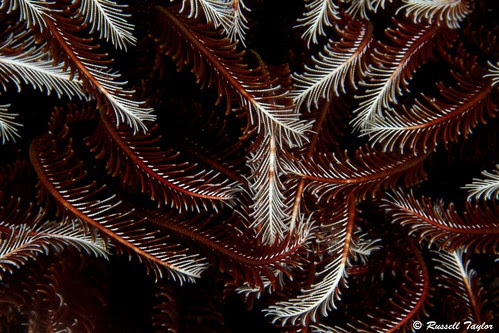 Another amazing close up by Russel Taylor 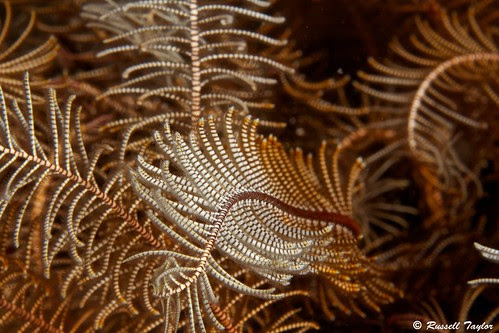 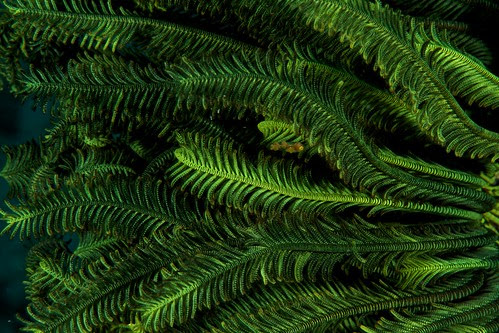 Two photos of crinoids from the Philippines by Courtney Platt 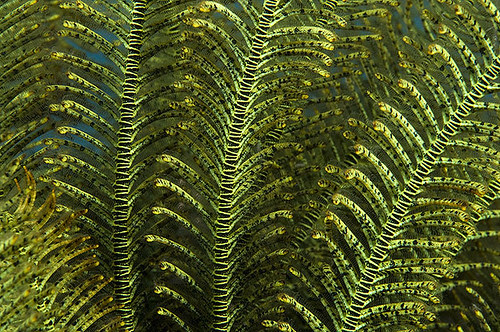 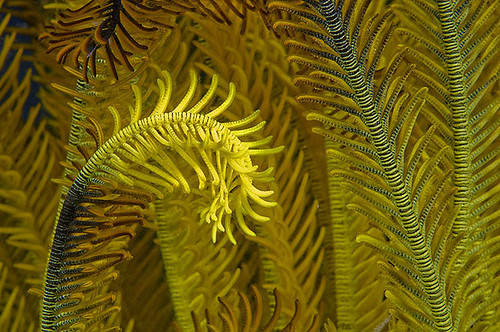 A neat red/yellow crinoid from the Philippines Image by Jex207 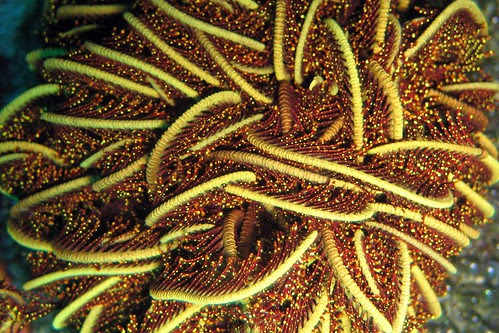 There's a shrimp in this..but mostly I just think the arms are amazing. Photo by MerMate 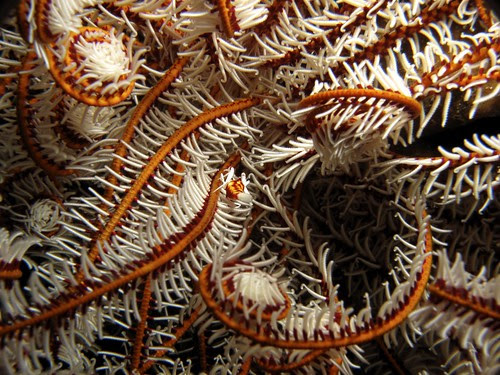 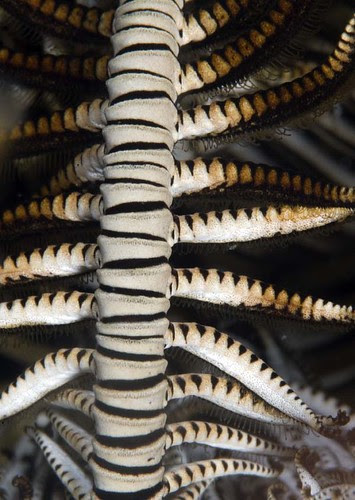 And a fossil for comparison. Note that the cup is upside down. Photo by zxgirl 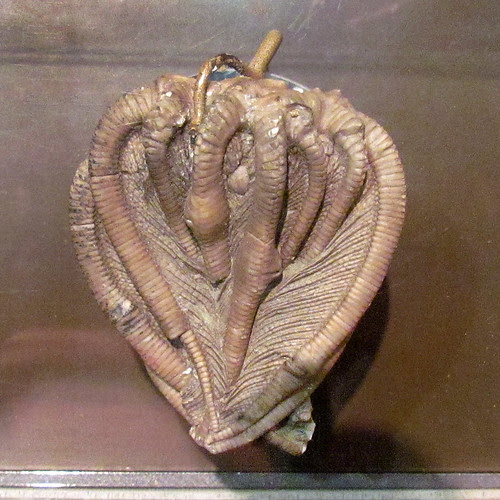 And one of these days I will follow up with the commensals that live on crinoids! The mimicry is stunning...
Posted by ChrisM at 9:57 PM