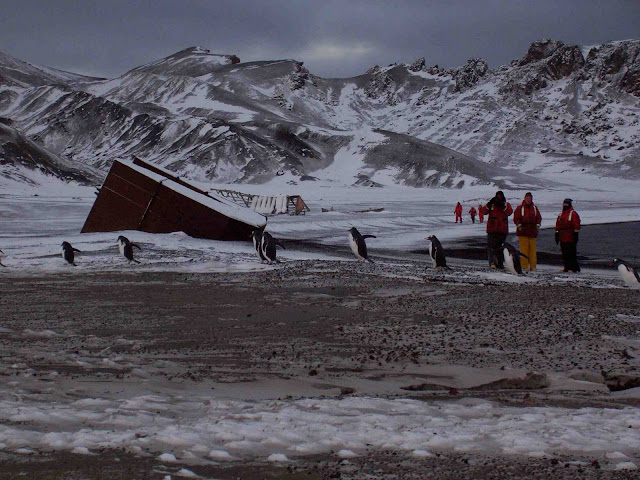 When most people think about Antarctica, they usually think about ice. Glaciers. Penguins. Doomed European explorers in wooden ships. Blah, blah, blah.. All of the typical things we think about because we live on the surface.

What most people don't realize is that the marine systems (i.e., the life BELOW the ice) is MUCH more fascinating. Why? I'll tell you. And then, I'll tell you why its in danger. 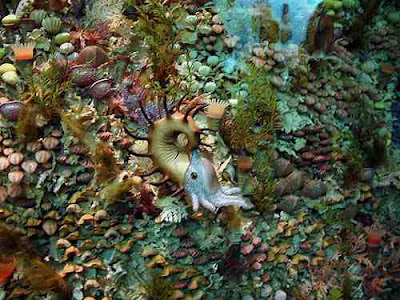 What does this mean?

Essentially, that there is a significant absence of shell or bone crushing (aka durophagous) predators.
Although this can include a diversity of organisms in the general sense, it refers to crabs 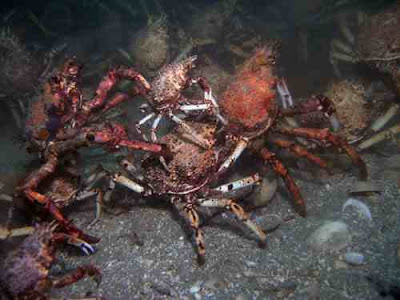 (from Flickr)
as well as fish and/or sharks with big jaws and/or the ability to crush bony armor..like this Paleozoic Dunkleosteus 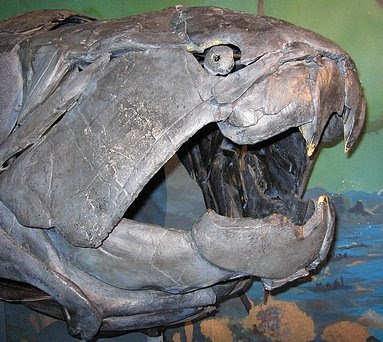 (from Flickr)
These types of predators worked to cull suspension feeding and other soft-bodied invertebrate prey. They would bite off tentacles, arms, etc. and basically not encourage big floating nemertean steaks to swim unescorted through the water.

In the Paleozoic, before these kinds of predators emerged on the scene there were widespread occurrences of these kinds of animals..brachiopods, crinoids, corals, bryozoans, etc. 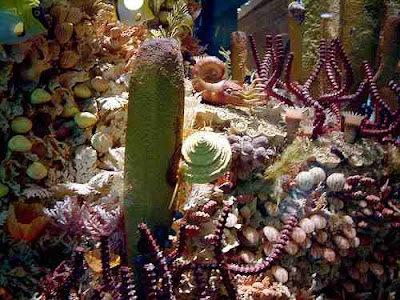 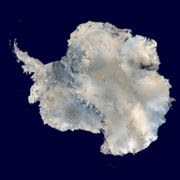 Antarctica has a marine bottom fauna that essentially has a rich diversity of ophiuroids, crinoids, giant worms of various kinds, sponges, corals, sea spiders, and everything in between.. But few to no crabs or fish! 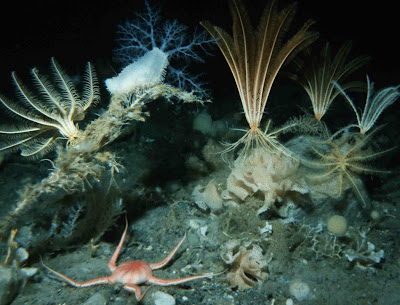 (from Pangea.de)
So..that's pretty cool. Its a big playground where invertebrates can rule amongst themselves and run amok!!

Plus, suspension feeders can feed with arms outstretched to their heart's (or whatever) desire! 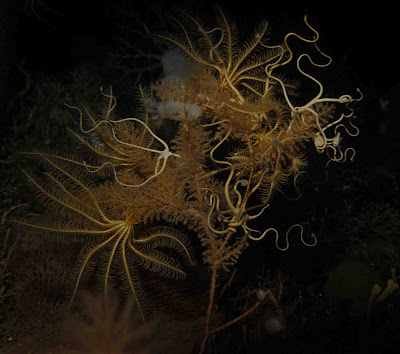 (from Pangea.de)
Soft bodied animals run around all over the place. Invertebrates prey on invertebrates with no big bony predators to harass them.

BUT, a new theat emerges from global warming. Paper for this is here.

With the global change comes a temperature increase and alteration of underwater chemical physiology (and reported in the BBC here).


The frigid water makes it hard for the crabs to efficiently flush magnesium out of their bodies. Too much magnesium acts like a narcotic on a crab.
When it's too cold, the magnesium makes them pass out and die. That's probably why the crabs have been absent for eons. Now, however, in those slightly warmer depths off the continental shelf, it's just warm enough for the crabs to survive there.
As the upper waters continue to warm, nothing will stop the king crabs from moving up onto the continental shelf and feasting. That will "hammer" the old seafloor communities. 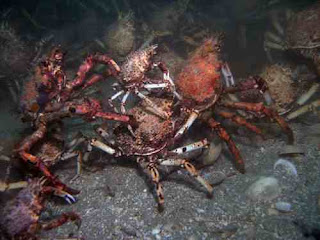 (from Flickr)
How will this change the nature of this unique ecosystem?

This is a great example of how biodiversity monitoring, i.e., taxonomy and knowing the composition of the fauna play important global roles in monitoring the impacts of global change. How will the faunal composition shift with the temperature flucutations?

We have seen faunal composition shifts in the past with the Eocene/Oligocene boundary and many other examples...Some move off into more friendly quarters..whereas others pass on into the night..

How will an invasion of crabs, sharks and fish change the integrity and dynamics of this "Paleozoic" style ecosystem?
Posted by ChrisM at 11:02 AM

But if Antarctica is cooling as it has for decades....

Antarctica has been glaciated for easily 20 MILLION years.

Major climate changes have drastically affected previous faunas and minor fluctuations can have dramatic effects on those systems.

If crabs are beginning to "re-invade" that would be the invertebrate equivalent to a canary in a coal mine.