As part of my ongoing survey of weird Antarctic echinoderms, today we feature among the strangest-the ophiuroids!!

Aside from their very unusual morphology very little about the biology of the critters described below is known. What some of the weird structures do (if anything), what they eat, how they live-all things we know nothing about.

For all those Ophiuroid Taxonomists out there? Check out this recent paper by Martynov & Litvinova (2008) as well as the phylogeny by Rebecca Hunter at Auburn University. Abstract here.

All are members of the Ophiuridae: 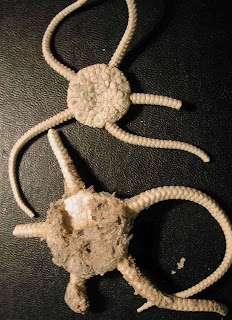 What's WEIRD and neat about this one? See all of that shaggy stuff on the bottom specimen? That's a SPONGE (Iophon radiatus) which LIVES ON IT. Here is another picture of it on a living specimen. Apparently, that sponge species lives ONLY on O. gelida!! Not all of them have it..but they usually end up covering the disk, arms and etc.

Nothing published (that I could find anyway) on how the sponge settles..under what conditions the sponge settles, whether it is truly commensal or perhaps parasitic in some way? What is interesting is that Iophon sp. lives on a variety of hosts including crinoids, holothurians, gorgonians, sea urchins, and a variety of mollusks.


2. Up next:
Ophiomages cristatus Koehler 192 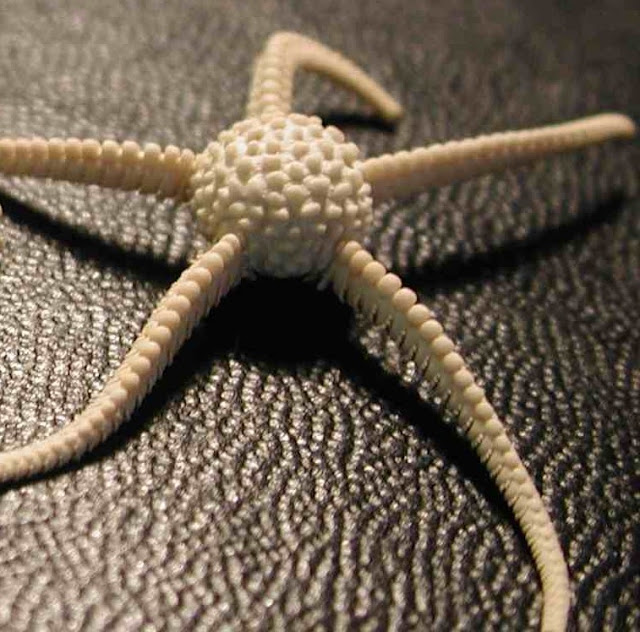 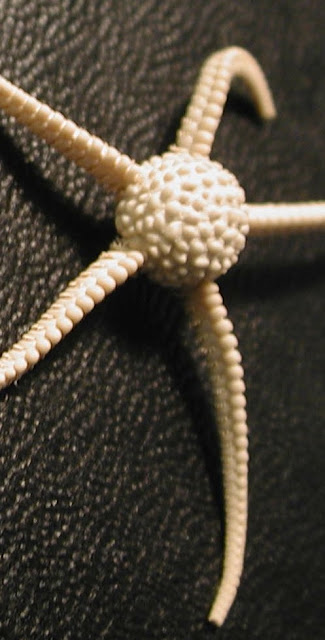 Ophiomages looks like huge medeival mace with arms!! It includes one species, O. cristatus and that it occurs in the Antarctic region where it is seldom encountered.

3. And last but not least...Ophiosteira sp. 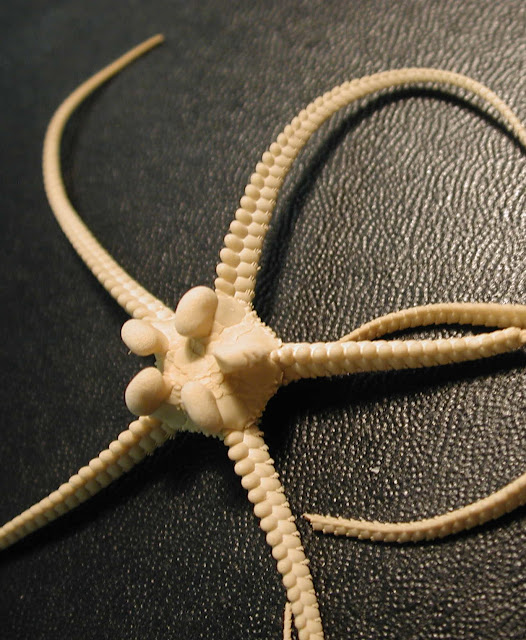 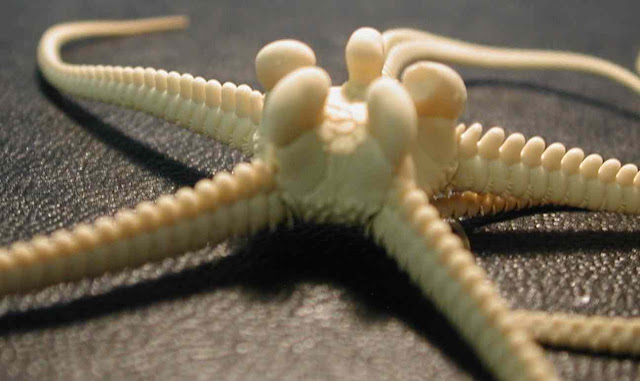 A weird-looking beast. Have no idea what those knobs are for.
Ophiosteira spp. includes 8 species and occurs widely throughout the Antarctic region but there's very little known about its biology. O. echinulata has been documented as feeding on detritus and dead meat.
Posted by ChrisM at 2:54 PM

OK, The brittle-ball (#2) is strange! But #3 is wicked. Are the "chambers" hollow or is it all skeleton? Can you do any serial histology on that or will the carbonate just destroy the blades?

They are so beautiful. They look like porcelain sculptures.