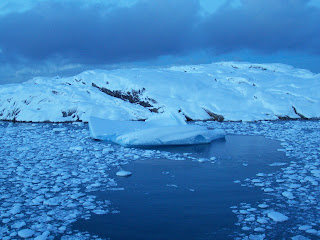 In May 2006 I was on my way to seeing Antarctica for the first time. The anniversary of that trip is coming up, so I thought it would be great to commemorate that experience with a series of articles on Antarctic echinoderms and other related aspects-as well as some of the travel experiences involved.

But a brief summary of why someone like me finds Antarctica so interesting (I will blog in further detail on these topics later):

*The Antarctic has an unusual Paleozoic-type ecosystem

*MANY asteroids and ophiuroids FEED on MOBILE prey like krill, shrimps, and fish

*Glaciers began to cover Antarctica about 35-40 Mya as part of the Eocene/Oligocene climate change event. Are the faunas related?

*There are FOSSILS in Antarctica. What do they say?

I was onboard ship between May-June (which is austral winter in Antarctica) for about a month-but, along with the crew, was constantly on the go. For those who haven't been on these kinds of cruises, its not unusual to run operations for almost 24 hours. 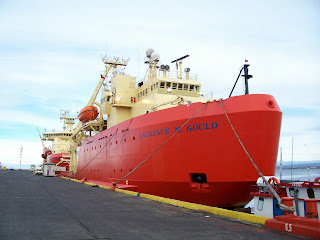 Our home was the NSF vessel R/V Lawrence M. Gould a noble vessel with a dedicated and devout crew. The Gould took us from Punta Arenas, Chile through the Drake Passage to Palmer Station, out to the far ends of the Antarctic Peninsula and back again... 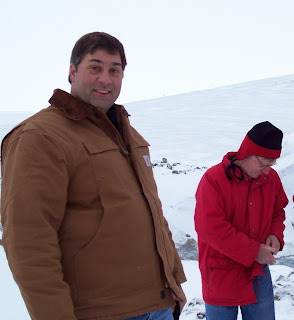 I had joined a scientific expedition jointly run by Ken Halanych at Auburn University and Rudy Sheltema from Wood's Hole Oceanographic Institution. Their project was aimed at investigating biogeographic relationships across the Antarctic and the Magellanic regions (Chile, the Drake Passage, etc.) as well as the larval connection between those areas.

I was called along as their "starfish expert" to help ID the numerous specimens collected during the course of the cruise. 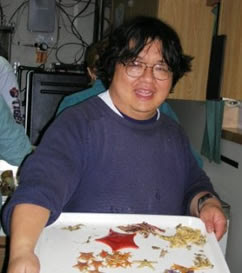 But there were many experts onboard ship: larval and benthic ecologists, coral biologists, oceanographers, invertebrate zoologists, microbiologists taken from a wide variety of people from different academic station: PhDs, postdocs (like me), grads, and undergrads...a broad diversity. 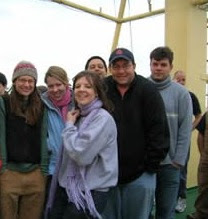 Specimens were collected from the bottom using a variety of dredge nets.... 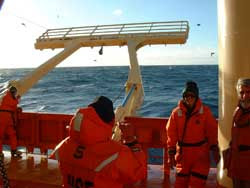 and larvae/pelagic critters were sampled using a variety of plankton tows and nets.. 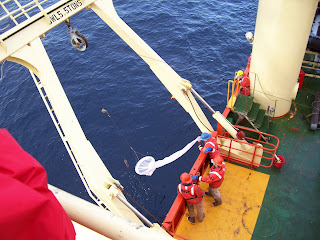 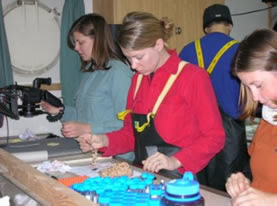 Antarctica has a HUGE diversity of invertebrates. I think that I must have seen just about every weird representative of major invertebrate groups around. These were photographed from the display tanks in Palmer station... 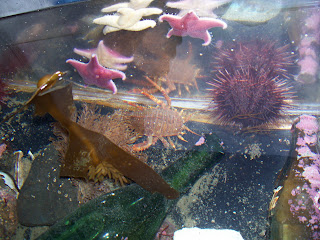 And when we were done..and returned to Punta Arenas? Well, lets say that as great as food on the LM Gould was..its great to get back to this... Mmmmm..chocolate.. 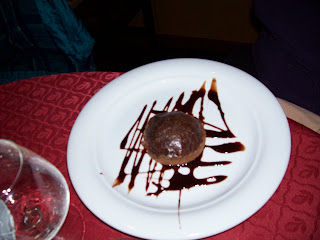 Good stuff! What is the critter to the left of the urchin? An isopod? This site has become one of my favorite forms of procrastination!