So you know how some people look like their pets?   Well one could say that the same goes for crinoids and their shrimp!

Tiny little commensal crustaceans that live camouflaged and hidden among the feathery arms and striking colors of a crinoids' arms! Presumably, the crinoids provide some protection from predators.

This one for example in stunning green from Nudi Falls in Sulawasi... Image by "EcoDivers1" 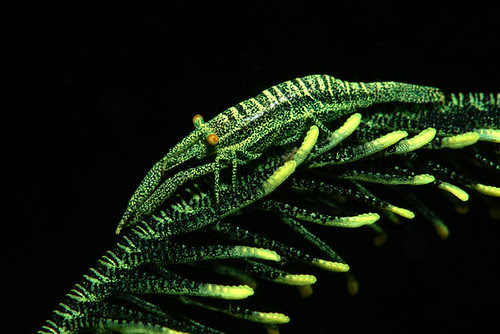 Another green one (identified as Laomenes cornutus) from the Philippines. Image by "MatYie_00" (Mohd Syukri Mazlan) 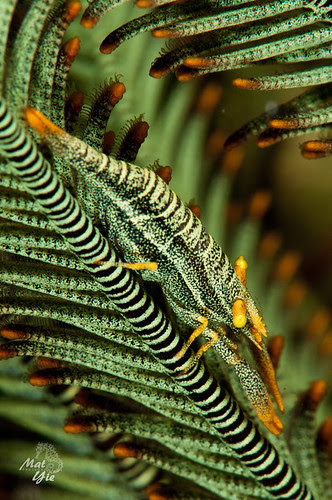 
Blue and orange! Identified as Periclimenes amboinensis by the photographer. Image by "avloetscher" 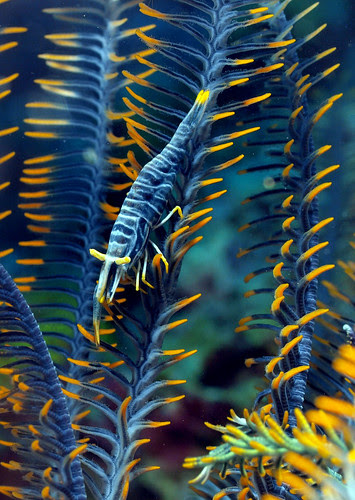 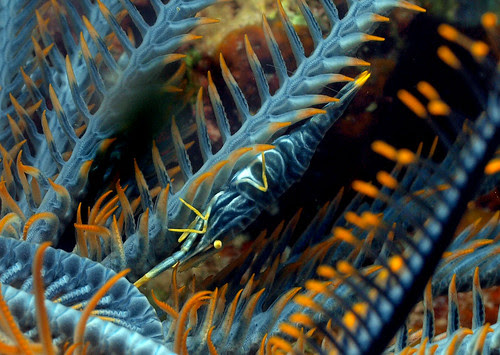 A blue/yellow one.. by "funseadiving"


Yellow and purplish! from Indonesia. Image by "FrogfishPhotos" 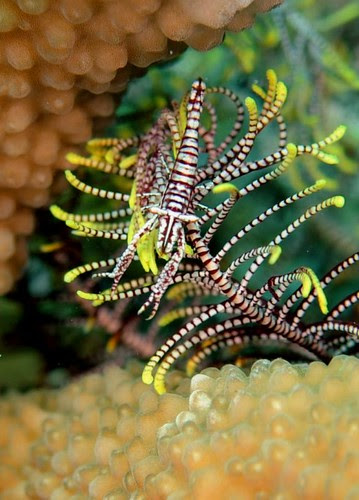 A zebra colored one.. Identified by the photographer as Periclimenes.  Image by "PacificKlaus" 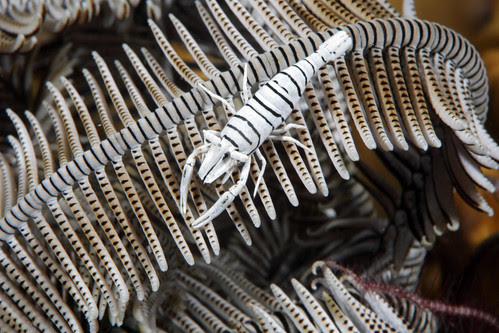 Another one with the same color from the Philippines. Image by "scubaschnauzer" 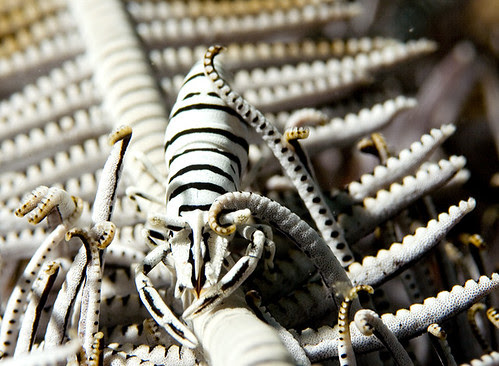 A video of a similar colored one from Japan


and sometimes clingfish (Fiji) get in on the action! Image by Mark Atwell. 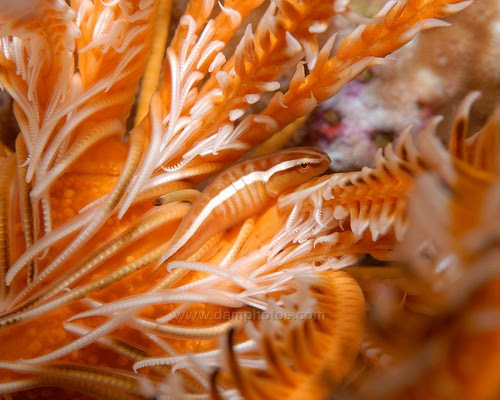 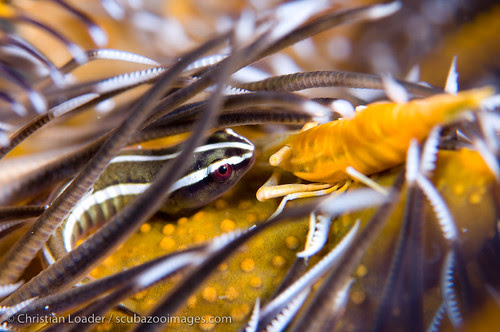 Hopefully, next week I will be able to put together a PROPER post for you guys!  Seeya then!

A question: how did they manage to match the coloration? Do they have functional, mutable chromatophores like those in cephalopods, or is it fixed at post-larval stages? If so, does it mean the commensals must find suitably colored hosts?

Hi Jake,
the shrimp don't appear to have mutable chromatophores but honestly I don't know how flexible their coloration is but my experience with crustaceans is that color change often takes a lot of effort if at all. From what I could glean the shrimp commensals are not necessarily species specific and I'm not sure how variable the colors are among individuals. It could be that they "fix" early in life history but that's supposition on my part. I'll caveat with a general "there's a lot about these animals we don't know." but I'll consult and get back to you..

(Four years later...) I don't know for sure but my assumption is that each (of the ~600 — https://en.wikipedia.org/wiki/Crinoid) surviving species of crinoids coevolved with a species of commensal shrimp in an isolated evolutionary deme. Predatory pressure forced the shrimp to mimic the color patterns of the local species of crinoids. See more examples here: https://www.google.com/search?q=Crinoids%20with%20commensal%20shrimp&tbm=isch